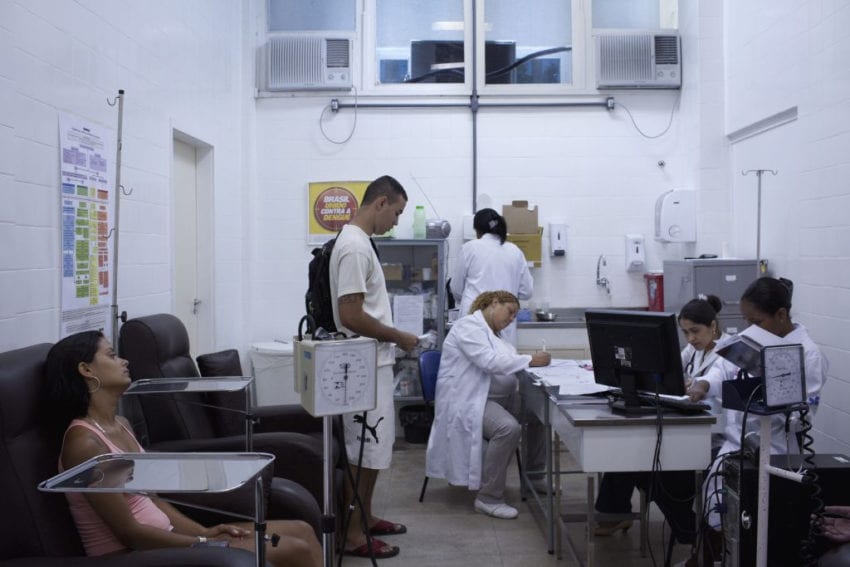 [SANTIAGO]  Latin America and the Caribbean face a cancer crisis that "threatens to cause widespread suffering and economic peril" unless hurdles such as lack of funding and unequal access to services are overcome, an international group of cancer experts is warning.

In a paper published in The Lancet Oncology last month (17 April) they say that, if current trends continue, the region will see cancer cases soaring by a third each year to reach 16.8 million in total by 2020. And, by 2030, 1.7 million new cancer cases will be diagnosed that year and more than one million people will die.

Although the risk of getting cancer in Latin America or the Caribbean is only about half that of a US citizen, when people do get the disease their chances of dying from it are almost twice as high, say the authors.


"The main reason for the discrepancy is that, on average, patients present to doctors when their disease is far more advanced," says Paul Goss, head of breast cancer research at Massachusetts General Hospital, United States, who led the group of about 70 specialists, many in Latin America.

For example, in the United States, 60 per cent of breast cancers are diagnosed in the early stages compared with just 20 per cent in Brazil and ten per cent in Mexico.

But Goss notes that cancer incidence, treatment and prognosis among wealthy, educated urban people in Latin America is similar to that in developed countries.

Sedentary lifestyles, obesity, smoking, alcohol consumption, carcinogens in the environment and an ageing population are also triggering the cancer epidemic.

The group calls for an increase in health spending for non-communicable diseases and for adequate healthcare to be extended to the 320 million people (54 per cent of the total population) who lack it in the region; the prioritization of early detection and prompt treatment of cancer; and work to reduce smoking and prevent exposure to carcinogenic chemicals from the environment.

The scientists also call for efforts to combat obesity — which worsens the cancer burden and is predicted to increase from 23 per cent to 50 per cent of the population by 2030 — and to target infections such as hepatitis B and human papillomavirus, primary causes of liver and cervical cancer, respectively.

Jorge Jiménez, president of Chile's Cancer National Forum and former health minister, tells SciDev.Net: "In Chile and Latin America, cancer is replacing infectious and cardiovascular diseases as the main health risk. If not detected early and treated properly, cancer kills more, even those under 60."

He adds: "In Chile, cancer incidence has increased by 20 per cent in the last 20 years and now accounts for over a quarter of annual deaths. Public education and prevention, followed by screening and early detection, are urgently required to redress the trend."

Gustavo Azenha, lead manager for global health at the American Cancer Society, adds: "Worrisome trends in projected cancer incidence and prevalence are also evident in Sub-Saharan Africa and Asia, though there are regional variations.

"Despite the growing burden, cancer remains a low public health priority in developing regions, largely due to limited resources, lack of awareness and other pressing public health problems."