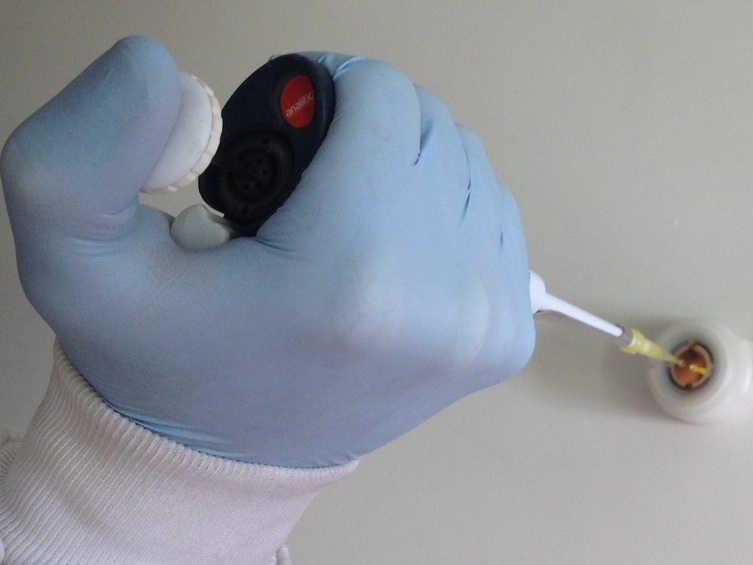 [SÃO PAULO] A biosensor to diagnose dengue fever in a few minutes and at a low cost is being developed by Brazilian researchers.

Currently in testing phase, the biosensor consists of a quartz crystal microbalance that measures small differences in mass. Its sensors, which generate an electrical current when hit by mechanical pressure, are able to detect a minimal amount of molecules such as the dengue virus non-structural protein 1 (NS1).

The protein reacts with bacterial cellulose nanocrystals on the surface of the device to indicate the presence of virus in a blood sample.

“Dengue is diagnosed by detecting NS1 in the membranes of virus-infected cells days after disease onset”, says Maria Rita Sierakowski, from the chemistry department of the Federal University of Parana (UFPP), Brazil, in an interview with SciDev.Net.

If the biosensor identifies that protein, we have an indirect confirmation that the patient is infected”, she adds.

Sierakowski co-authored the study, which was published in the journal Biosensors and Bioelectronics, with biochemist Cleverton Luiz Pirich, also from UFPP.

The device, which was developed with support from Brazil’s research foundation FAPESP,  confirmed the presence of NS1 in all blood samples contaminated with dengue virus which were analysed in the study. However, more tests are needed to ensure the biosensor produces the correct diagnosis reliably.

According to Sierakowski, the need for further tests to ensure quality and affordability makes it difficult to estimate when the biosensor might be available for use in the public health system.

For the physicist Nirton Cristi Vieira, from the Institute of Science and Technology of the Federal University of Sao Paulo (USP), Brazil, believes the biosensor could contribute to the improvement of dengue diagnosis.

Vieira and materials engineer Valtencir Zucolotto, from the Institute of Physics of the USP, are currently working on strategies to improve their own biosensor which also recognizes the NS1 protein, aiming for a device that can distinguish between infection caused by the dengue or zika virus.

The study published in Biosensors and Bioelectronics is based on research funded by FAPESP, a SciDev.Net donor