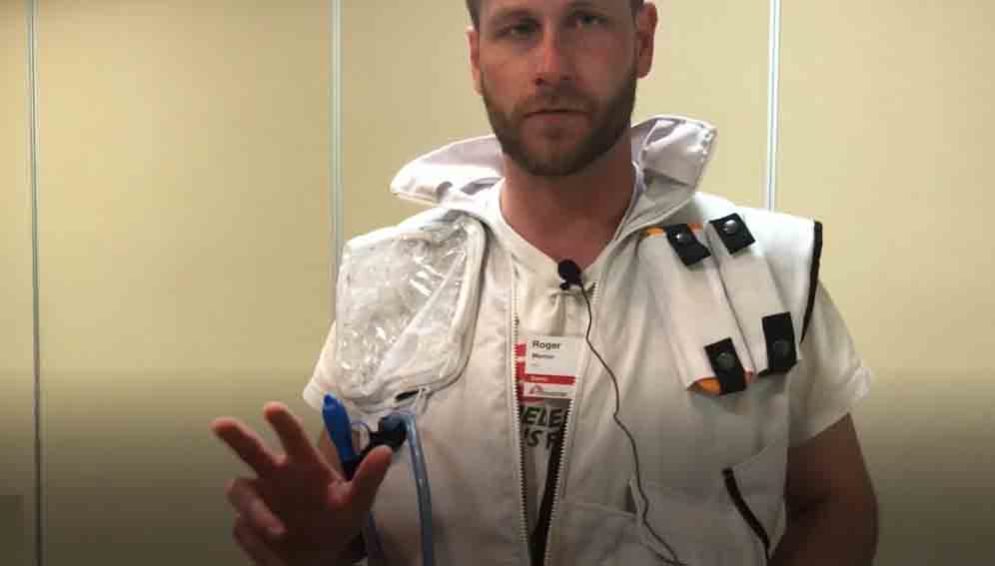 A vest designed with a built-in decontamination kit to help humanitarians respond to chemical attacks more intuitively in the field has been launched with an open-source design.

Roger Morton, a logistician with the medical charity Doctors without Borders (MSF-Medicins Sans Frontiers), worked on the idea after a six-month mission in Iraq and presented his invention at MSF’s annual Scientific Days conference this month.

Morton told SciDev.Net that currently field teams have all the decontamination materials they need in a backpack – that’s the only way to carry a decontamination kit. If a chemical attack happens, they need to have it on hand and remember their training. But it’s large and heavy, and what often happens is that field staff end up leaving the backpacks lying around. “With this [vest], it’s always with you, and the training’s built into it, so there’s less to remember, less mistakes to make,” he says.

Although the use of chemical weapons in conflict areas is often difficult to verify, several attacks have been reported in Iraq and in Syria over the past few years. Mustard and chlorine gases have been implicated in a number of suspected incidents.

Items stored on the outside of the vest – such as a gas mask and an EpiPen device to auto-inject a nerve agent decontaminant – can be used for the initial step.

The second step is full decontamination. This can be done by standing on the inside of the vest that holds items such as lotion to neutralise chemicals, gloves to avoid spread of the contaminant,  and a reference guide with more detailed information on what to do which is printed on the vest itself.

The last step is re-dressing and waste disposal – and for this, Morton and his design team have built into the collar a hidden compartment with a spare change of clothes and carbon-activated cloth waste bags. The vest then easily turns into a drawstring bag to carry the material away safely.

First results from ongoing tests of its usability are promising, he says. “Generally people really like it. There are a couple of things to tweak – maybe we’ll move the water up on to the shoulder, maybe [use] bigger zips so it’s easier to use.”

Morton came up with the idea for the vest about a year ago, when he was deployed to Iraq, and began to develop it in January with funds from MSF’s Sapling Nursery Innovation Fund. He sourced the materials, designed it, worked with a graphics specialist for the interiors, and found a fashion designer to make it so it’s both practical and stylish enough for aid workers to want to wear it. 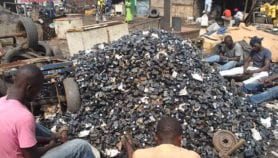 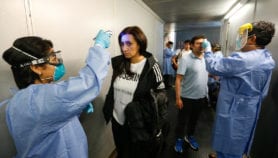