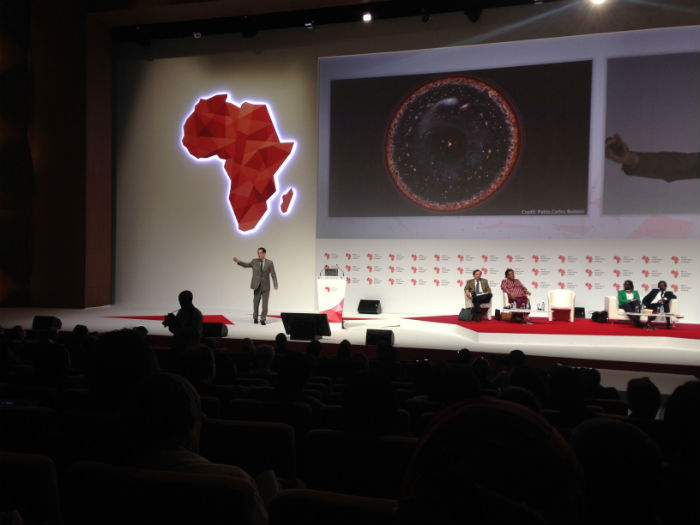 [DAKAR] African universities must widen their teaching of maths and its use in research to support efforts to tackle the continent’s biggest problems, according to experts at a conference this week.

Maths is an essential tool in modern science and supports development through areas such as economic planning, government statistics and the improvement of tax regimes, said attendees at the Next Einstein Forum (NEF), which took place in Dakar, Senegal, on 8-10 March.

“If the world is going to be awash with data, you may need the skills to analyse those data.”

At the event, Thierry Zomahoun, president of the African Institute for Mathematical Sciences, explained how some of the NEF fellows — 15 outstanding researchers from Africa who were selected in January to raise the profile of science on the continent — are using maths to tackle malnutrition, improve vaccines and combat HIV and malaria.

The researchers debated how maths could be better integrated into the work of African scientists, teachers and education officials.

In response, Martial De-Paul Ikounga, the African Union’s science commissioner, said that traders, even street hawkers, were well-versed in mathematics without knowing it, forming a formidable resource of potential mathematicians.

“There is the need to demystify mathematics in Africa,” Ikounga said. “It must be simplified to almost seem like when a child is learning the mother tongue.”

His views were echoed by scientists who said maths should be given greater prominence in university courses and a greater role in research, as well as being integrated better in other disciplines.

This would improve numeracy and modelling skills among scientists and teachers, who could then take those skills into other fields to tackle issues such as food security and environmental problems, said Leszek Borysiewicz, the vice-chancellor of the University of Cambridge in the United Kingdom.

“If the world is going to be awash with data, you may need the skills to analyse those data,” he told SciDev.Net. “So we need basic mathematical skills in all children, and advanced mathematical skills for those in engineering and other disciplines who are going to apply [them].”

One way to achieve this is through better teacher and professor training, the conference heard. For example, Peter Materu, the director of education at the MasterCard Foundation, told the event how the development non-profit is training 3,000 teachers from about 30 African countries to improve their maths skills.

“They are expected to go back to their countries and train another 1.7 million teachers on the right way of teaching mathematics,” says Materu.

The organisers helped pay for SciDev.Net to travel to the meeting.