The advent of crowdfunding innovations for development 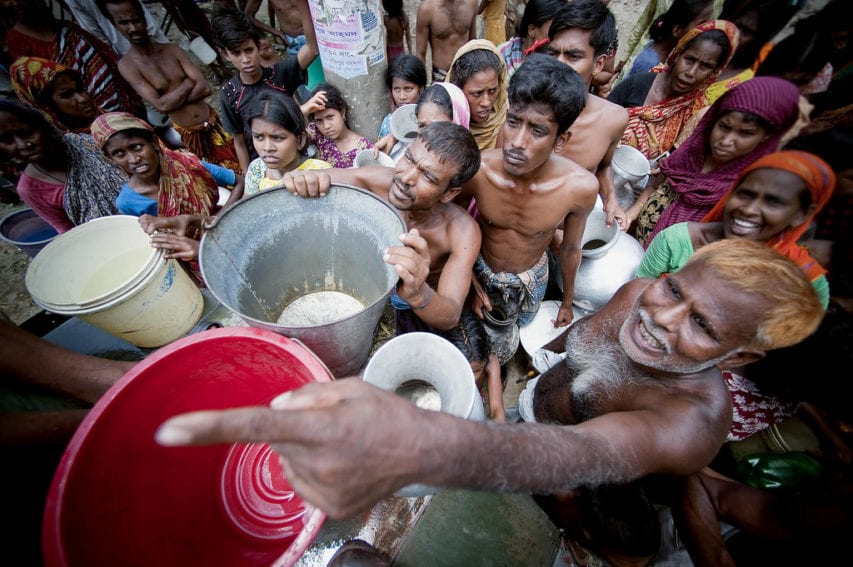 FundaGeek, TechMoola and RocketHub have more in common than just their curious names. These are all the monikers of crowdsourcing websites that are dedicated to raising money for science and technology projects. As the coffers that were traditionally used to fund research and development have been squeezed in recent years, several such sites have sprouted up.

In 2013, general crowdsourcing site Kickstarter saw a total of US$480 million pledged to its projects by three million backers. That’s up from US$320 million in 2012, US$99 million in 2011 and just US$28million in 2010. Kickstarter expects the figures to climb further this year, and not just for popular projects such as films and books.

Science and technology projects — particularly those involving simple designs — are starting to make waves on these sites. And new sites, such as those bizarrely named ones, are now catering specifically for scientific projects, widening the choice of platforms on offer and raising crowdsourcing’s profile among the global scientific community online.

All this means that crowdsourcing is fast becoming one of the most significant innovations in funding the development of technology that can aid poor communities.

The increase in crowdsourcing has come at a good time, since traditional sources of funding for research and innovation are drying up. The AAAS (American Association for the Advancement of Science), for example, showed US federal spending on research and development fell by 16 per cent between 2010 and 2013.

Experimental economist Orly Sade, based at the Hebrew University of Jerusalem, Israel, thinks crowdsourcing could fill this global funding gap. For example, in an as-yet-unpublished study of 20,000 pitches to crowdsourcing sites, she found that, while artistic projects typically ask for less money than technology projects, the latter generate more interest and raise more per project.

In particular, crowdsourcing is levelling the playing field for researchers seeking funding. Sade’s research shows that many crowdsourcing success stories were the result of personalised campaigns and an ability to communicate their goals and strategies.

Importantly, location did not correlate with success, meaning that, in principle, innovators from developing nations can compete on an equal footing with their Western counterparts.

“What matters the most is the idea, how feasible it is and how well presented the campaign page is,” Sade tells SciDev.Net.

Indiegogo, a leading US crowdsourcing site, has around nine million monthly new users. It is making a name for itself as the go-to place for developing country-specific projects.

Breanna DiGiammarino, who runs Indiegogo’s educational projects, tells SciDev.Net that crowdsourcing is “perhaps the most important innovation in helping people in less developed countries gain access to funding for their ideas, businesses, community and creative projects”.

“It truly democratises finance, but also serves a purpose in ‘pre-trial’ — getting feedback on your ideas and products prior to taking them to market without having to spend lots of money on market research. If your campaign fails, this can often be positive, in the long term.”

“Crowdsourcing is perhaps the most important innovation in helping people in less developed countries gain access to funding for their ideas, businesses, community and creative projects.”

But developing world innovators do face barriers: limited internet availability and restrictive — or corrupt — political systems can hamper access to crowdsourcing sites. Indiegogo has seen many people from Hong Kong in China or Singapore, for example, donating to campaigns, but internet and political restrictions may mean they are less able to start their own campaigns, says DiGiammarino.

A good example of how crowdsourcing can help the developing world is the GravityLight, a product launched on Indiegogo over a year ago that uses gravity to create light. Not only did UK design company Therefore massively exceed its initial funding target — ultimately raising $US400,000 instead of a planned US$55,000 — it amassed a global network of investors and distributors that has allowed the light to be trialled in 26 countries as of last December.

The light was developed in-house after Therefore was given a brief to produce a cheap solar-powered lamp by private clients. Although this project faltered, the team independently set out to produce a lamp to replace the ubiquitous and dangerous kerosene lamps widely used in remote areas in Africa. After several months of development, Therefore had designed a product that is powered by a rope with a heavy weight on its end being slowly drawn through the light’s gears (see video below).

Inventor Jim Reeves, who co-developed the product with colleague Martin Riddiford, tells SciDev.Net there were two funding options on the table other than crowdsourcing: a grant and venture capitalism. But these “would have taken the product on two entirely different paths”, says Reeves. And the venture capital route would have fallen on its face, he says, because it was an altruistic project not bent on making a profit.

After raising their impressive level of funding — which Reeves puts down to the project “capturing people’s imagination, from the general public to private investors” — the team were able to improve the prototype, making it more durable and finding ways to cut its cost. At the moment, each light costs US$10, but the developers hope this could be reduced to as little as US$5 by the end of the year. In any case, once users have bought the light they save on the cost of the fuel they would otherwise have used, recouping their investment in about three months, according to Reeves.

Another surprise for the team was the plethora of contacts they acquired during their crowdfunding campaign, including commercial operators, governments and NGOs as well as small individual distributors. About 1,000 of those who approached Therefore were shortlisted to 55 from countries including Bangladesh, Guatemala, Liberia and the Philippines. Many of these expressed interest in the product being used in the aftermath of a disaster, says Reeves.

Crowdfunding is not always related to a specific product. Earlier this year, Indiegogo hosted a project hoping to build a clean energy store in a Ugandan village. The idea is to create an ongoing supply chain for technologies such as cleaner-burning stoves, water filters and solar lights that will improve or save lives, according to ENVenture, the project’s creators. [1] The US$2,000 target was comfortably exceeded.

While such a sum is dwarfed by what was raised for the GravityLight, the cash injection is designed to support a sustainable business model, with the loan gradually repaid by ENVenture’s local partner and used to set up a second store in another village.

Another project on Indiegogo is for what is billed as Kenya’s first permaculture island, where farming will be done in a way that does not deplete the earth’s resources. Campaigners are working with Rusinga Island Organic Farmers Association to help manage natural resources, amid a soaring population on the small island ecosystem in Lake Victoria. Just over US$7,000 out of a US$15,000 target had been raised when the campaign ended in January. The money will go towards setting up sustainable water harvesting and irrigation systems for each farm and expanding local permaculture knowledge on soils, water, intercropping and pest management.

As crowdsourcing grows in popularity, site owners are working to improve the standard of pitches and optimise their success rates. Indiegogo, for example, has launched an online education program called Playbook that offers advice on how to propose and run a good project to campaigners and other participants. According to DiGiammarino: “Hopefully, this is encouraging for people in less developed countries who would like to get their ideas out to the world, but are perhaps lesser educated in the ways in which they can do so.”

She says that Indiegogo realises the importance of the BRIC (Brazil, Russia, India and China) and MINT (Mexico, Indonesia, Nigeria and Turkey) nations in its business and for campaigners. “There are potentially abundant ideas to come to fruition from these nations with growing populations and rising middle classes,” she adds.

Along with greater awareness, the rise of more industry-specific crowdsourcing sites for science and technology could help to boost the popularity of these platforms in the future. And while sceptics may point to crowdsourcing as a worrying indictment of a wider problem — a lack of public support for research and development, particularly in developing nations — websites such as Indiegogo are helping to bridge a shortfall that might not otherwise be filled.

Increasing popularity may also give rise to a new generation of thinkers and innovators, previously deterred by more bureaucratic fundraising processes, as well as a surge in the number of campaigns from developing countries — as even the most rural of areas come online.

See below for a video by ENVenture about its clean energy store project:

See below for a video by Rusinga Island Organic Farmers Association on its Permaculture Island project: