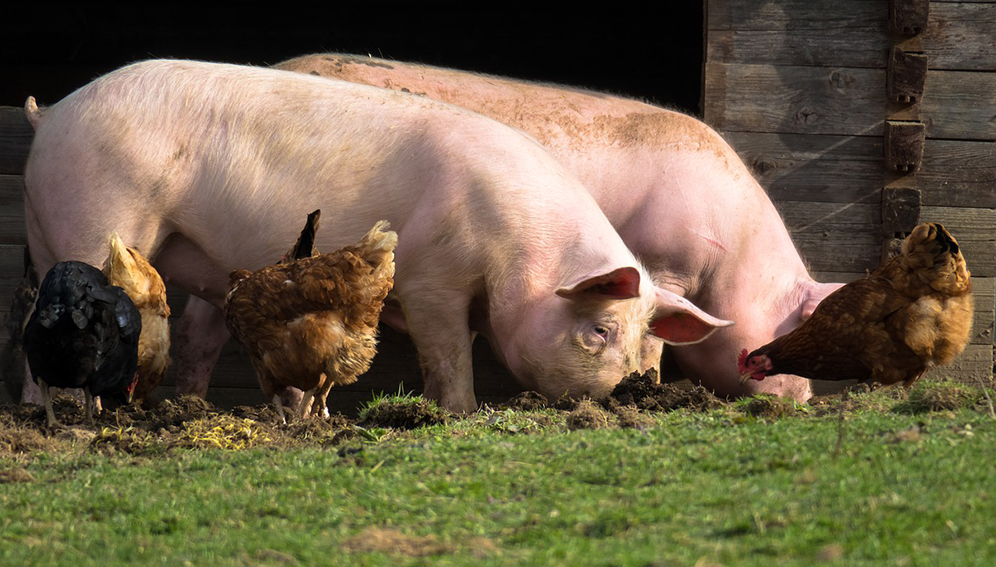 Swine fever can trigger another bird flu pandemic, experts warn. Copyright: Image by Didgeman from Pixabay. This image has been cropped.

“This is very scary because we know that there will be another pandemic,” Kristina Osbjer, a veterinary epidemiologist, until recently with the UN’s Food and Agriculture Organization (FAO) in Cambodia, tells SciDev.Net.

“Now, there is an increased risk of avian influenza being the origin.”

“When you increase rapidly a species [poultry] in a new area where the condition of biosecurity is not very good what happens? The risk of not only getting avian flu but many diseases is increased automatically”

In recent times two strains of bird flu — H5N1 and H7N9 — have struck humans with deadly results. Scientists fear that such viruses can mutate into strains capable of human-to-human transmission.

In 2006, an outbreak of the H5N1 type of the virus hit eight countries, including Cambodia, China, Indonesia and Thailand, causing the deaths of 79 out of 115 positively diagnosed people, according to the World Health Organization (WHO).

The influenza virus is unstable and prone to mutations or the exchange of internal genes, making it difficult to determine how exactly a potential pandemic would play out.

With an increasing number of birds mixing together  a bird could get infected by several different subtypes simultaneously, which would result in a “high likelihood” of a new strain of avian influenza emerging, Osbjer explains.

The 1918 Spanish flu, which was the first of two pandemics involving the H1N1 influenza virus, eventually infected about one-third of the world’s population and killed an estimated 50 million people.

“Now we have much better health services,” says Osbjer. “But many countries will face difficulties in handling a large number of sick people and in distributing sufficient amounts of antiviral medicine.”

Avian influenza is not just a human health risk but also a food security risk. If the pandemic originates from birds, there will be a massive culling of not-yet-infected birds to prevent the disease from spreading further. Millions of birds have been culled due to H5N1. Poultry numbers will further drop due, in part or whole, to the decrease in the number of chickens that can be raised and market bans on poultry products.

The worst-case scenario would be an enormous rise in food prices, not necessarily in just poultry but also for other meats because of scarcity of supply. “We saw [a dramatic rise in food prices] in 2007/2008,” Osbjer says. “It’s not just about nutrition but about having enough food on the table.”

Currently, pork is the most consumed meat accounting for over 36 per cent of global intake. But that is set to change with the most recent FAO report stating that ASF has been confirmed in Cambodia, Lao PDR, Mongolia, Myanmar, North Korea, the Philippines, South Korea, Timor-Leste and Vietnam. ASF, though deadly for pigs, is not known to affect humans.

At the time of this article’s publication, over 7.1 million pigs were already culled in the aforementioned countries since the first ASF outbreak in China was confirmed in August 2018.

Meanwhile, the World Organisation for Animal Health, the intergovernmental organisation responsible for coordinating animal disease control, tells SciDev.Net that a “reasonable estimate” would be for a quarter of the world’s pig population to die of ASF.

Unlike Western countries, where plant-based food is rising in popularity, in East Asia and developing countries in general, meat consumption is increasing. As the population booms and incomes rise meat becomes more affordable to a greater number of people.

By 2050, there will be almost ten billion people on the  planet— roughly three billion more mouths to feed than in 2010, most of them in the developing world.

According to the Organisation for Economic Co-operation and Development – UN Food and Agriculture Organization Agriculture Outlook 2019-2028 report, global meat production is projected to be 13 per cent higher in 2028 relative to now, with developing countries accounting for most of the increase. It states that poultry’s share in total meat production will increase, but at a slower rate than in the past decade.

Vittorio Guberti, a senior researcher at the Italian Environmental Research and Protection Institute who specialises in ASF and avian influenza, says that South-East Asia and China are “melting pots for creating almost every new avian influenza virus” and carry increased risk of generating highly pathogenic avian influenza virus that can  be transmitted to humans.

Since there are many ecological and production factors in the emergence and spread of pathogenic strains of avian influenza it is hard to predict their course. In addition, the disease is seasonal, so that when it gets colder in Asia there is a greater risk of outbreaks occurring outside hotspots endemic hotspots for avian influenza.

“When you increase rapidly a species [poultry] in a new area where the condition of biosecurity is not very good what happens? The risk of not only getting avian flu but many diseases is increased automatically,” says Guberti.

Some experts are concerned about the effects of globalisation and economic growth on the emergence of risk-generating swine and poultry food systems. Apart from the industrialisation of food production, there is also the increase in the number of small- and medium-size producers who keep pigs and chicken at low biosecurity conditions.

Smallholder farmers, particularly those in the developing world, raise roughly 43 per cent of all pigs worldwide and are usually not linked to formal markets, according to data from a 2011 report by FAO and the Kenya-based International Livestock Research Institute.

In China alone, almost 98 per cent of total pork production is by small-scale farmers who have fewer than 100 pigs each, according to 2016 data from the National Bureau of Statistics of China. Meanwhile, poultry is raised by roughly 80 per cent of rural households in developing countries, according to FAO.

“It’s all about biosecurity on the farm,” Dirk Pfeiffer, a professor of veterinary epidemiology at City University of Hong Kong and the Royal Veterinary College in London, tells SciDev.Net. While diseases can spread more quickly within big farms, the owners are likely to have the money, resources and motivation to maintain high standards including proper hygiene.

Dealing with lots of small producers is “very tricky” because “there are always some who maybe just did not get the message or don’t want to get the message”, Pfeiffer says.

In addition to communication issues, smallholder farmers don’t seem to be adequately compensated for the much-needed income lost by killing their potentially infected pigs or poultry.

While the Chinese government has reportedly offered US$170 for each pig slaughtered due to ASF, the subsidy is limited to large-scale pig farmers. Smaller farmers may be forced to slaughter their infected animals and sell the meat in their local markets. This is troubling since the ASF virus can live on and spread through dead pigs, unlike avian influenza which dies when its host body is killed.

Poultry production plays a key role in resource-poor developing countries because it requires few inputs and no land, making it attractive, especially to disadvantaged groups and women.

According to a 2017 review of small-scale poultry production published in Global Food Security, in many lower middle-income countries, poultry is usually raised by women and is a realistic way to build a household’s income.

With that in mind, Pfeiffer, as deputy director of the research project One Health Poultry Hub, is helping to conduct research on safe and sustainable poultry production in selected Asian countries. The UK government-funded project is gathering data in Bangladesh, India, Sri Lanka and Vietnam to identify vulnerable points in each country’s poultry value chain.

Work has already commenced in Vietnam and Bangladesh, where researchers found local markets key to transmission of the virus. Traders who purchase chickens from different small-scale producers often mix non-infected and infected birds during transportation.

Osbjer says that in Cambodia many markets don’t change the wash water for every raw bird that they clean. When tested, the water “was a virus and bacteria soup” , she says. "Sometimes the majority of the samples were positive to influenza virus.”

While thorough cooking can kill the virus, in many Asian countries raw meat products like duck blood are popular.

The good news is that there are vaccines for avian influenza. Over the years several vaccination campaigns have been conducted in some Asian countries and, in 2017, China launched a massive vaccination campaign against  H5N1 and H7N9 targeting all poultry in the mainland.

However, according to the World Organisation for Animal Health, vaccination alone cannot eliminate the virus and should be part of an integrated control programme adapted to the local context — a task that resource-poor Asian countries could find challenging.

It’s also expensive and time-consuming to ensure the availability of vaccines that protects against all the new circulating strains. “Vaccine production is always lagging behind the virus mutation,” Osbjer says. “There is so much logistics involved and it’s very, very tricky, especially in countries where birds are raised by so many families in their backyard.

A couple of years after the 2004 H5N1 outbreaks in Asia, Vietnam and Indonesia started vaccinating local poultry. “But maintaining the vaccination was found [to be] extremely difficult because the turnover of birds is really high and the lifespan low,” Osbjer says.

Rural areas in low- and middle-income countries have limited veterinary services due to a lack of resources and infrastructure. Where they do exist, they are often focused on crop or ruminant production rather than small-scale poultry production systems.

Furthermore, there seems to be a bias against female farmers who receive only five per cent of agricultural extension services, according to FAO data.

Promoting plant-based diets and faux meat could be environmentally friendly solutions to the spread of diseases such as ASF and avian influenza, but researchers question the viability of such a strategy in meat-hungry Asian countries where pork is considered a traditional food.

“We cannot expect overnight that all meat eaters will become vegetarians,” says Andriy Rozstalnyy, an animal production and health officer at FAO. “Some people might say that they will not eat meat, but for how long?” 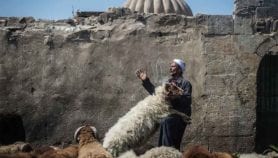 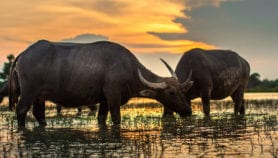 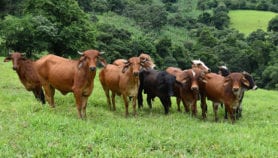 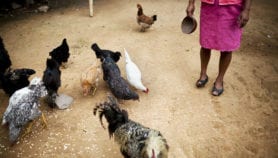 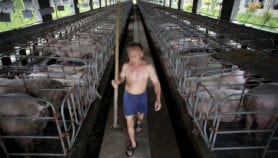 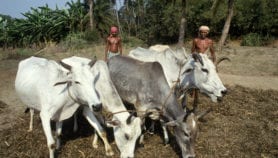 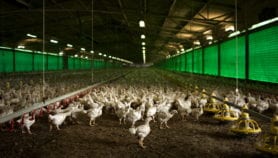 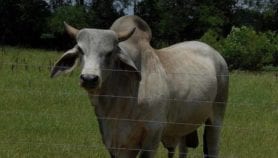 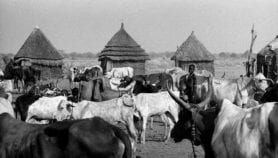 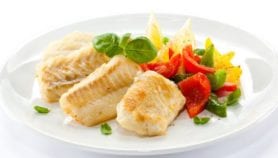