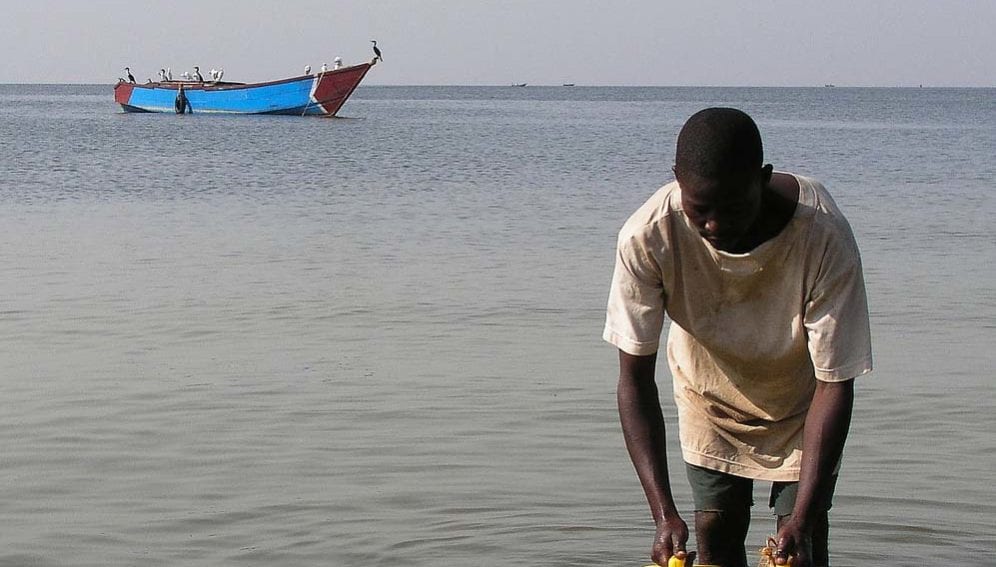 The lake’s ability to support the millions who live near it is under threat, finds George Achia.

[NAIROBI] Pollution and overfishing in Lake Victoria have become so severe that scientists believe they threaten the health and livelihoods of millions of East Africans.

And researchers in the three countries bordering the world’s largest tropical lake — Kenya, Tanzania and Uganda — largely blame governments and national agencies for failing to control the effluent and other waste that pours into the water every day.

John Omolo, 35, who has worked for two decades as a fisherman in the lakeside Kenyan city of Kisumu, says he now fishes only twice a week instead of every day, as he did when fish were still abundant just three years ago.

“The impact of the fall in fish stocks is felt on the dinner table, with tilapia selling at twice the price that it fetched three years ago,” says the father of four. The price rise hits consumers in the Lake Victoria basin — home to 30 million people, a figure demographers expect to double in 15 years — but is not enough to compensate Omolo for his smaller catches.

Mike Obadha, fisheries officer in Kenya’s Kisumu county, says that more than half of the 60,000 Kenyan fishermen who make a living from the lake fear being left jobless because of a fall in the stocks of all fish species, but particularly tilapia and Nile perch.

Fisheries managers estimate that more than 120,000 fishermen in the three countries bordering the lake make their living from its waters.

A survey published last year by the Lake Victoria Fisheries Organization (LVFO), a management body within the intergovernmental East African Community, showed that many fish breeding grounds have been destroyed by pollution and illegal fishing methods. Such techniques include the use of gillnets (vertical panels of netting), beach seines (nets deployed from the shore) and plastic monofilament fishing lines that can snare all kinds of wildlife.

Some fishermen exacerbate the problems by using poison.

Obadha tells SciDev.Net that fishermen operating from Nyamware beach in Kisumu County, for instance, were notorious for pouring endosulfan, an insecticide that is gradually being phased out around the world, into the water at night, to catch small fish such as dagga for local sale. He says poison is also used in Mwanza, Tanzania to incapacitate fish, causing them to float on the water where they are easy pickings for fishermen.

Robert Kayanda, director of the Tanzania Fisheries Research Institute (TAFIRI), says that researchers have found endosulfan residues in tilapia and Nile perch in the lake.

But the biggest problem may come from the uncontrolled spread of homes, factories, farms and hospitals around the lake. They generate raw waste but also sit on wetlands that previously acted to naturally help clean waste water.

Dick Nyeko, executive secretary of the LVFO, warns that fish stocks will be drastically reduced by 2050 because of pollution. He describes the situation as “alarming”.

The sources of pollution vary. In Uganda, John Balirwa, research director at the National Fisheries Resources Research Institute, says that most industries in the town of Jinja draw water from the lake and then discharge waste back into it.

In addition, rainfall sweeps pesticides and fertiliser from the various flower farms in the vicinity of the lake into its waters.

“The water has become thick from effluent that is being discharged directly into the lake because the wetlands that used to filter it have all been destroyed by developers,” he says.

Sawula says that a point will come when the National Water and Sewerage Corporation will be unable to treat lake water to a level safe enough for domestic consumption.

In Tanzania, Mary Kishe, a fisheries researcher at TAFIRI, found that mercury from gold mines about a kilometre from the lake was finding its way into rivers and streams and then into the lake.

“There is a need for comprehensive research about the potential effects of climate change on the lake and community living around the lake and how it is affecting the quality of the fish.”

And just as Balirwa blames Uganda’s National Environment Management Authority for its reluctance to enforce laws designed to protect wetland areas by requiring development to be at least 200 metres from the shore, so Kishe accuses Tanzania’s Ministry of Livestock and Fisheries Development of failing to take action to deal with pollution and of failing to translate research recommendations into policies.

However, she concedes that scientists are also partly to blame for failing to share research findings with policymakers and other stakeholders.

Scientists at the research institutes generally advocate a joint approach to dealing with the lake’s problems.

Johnson Kazungu, director of the Kenya Marine and Fisheries Research Institute, calls for collaborative research by Kenya, Tanzania and Uganda into the lake’s physical state — particularly its oxygen levels and temperature — and the amount of chemical nutrients, such as phosphates and nitrates, it contains. These indicators will reveal the lake’s health, he says.

Nyeko of the LVFO wants joint research carried out on how to harmonise regulations, instead of every country having its own regulatory and management measures.

He thinks that cage fish farming could help to increase fish production in the lake. Trials of this technique are part of a three-year aquaculture research project between Uganda and China that started in April 2012.

Nyeko also calls for greater public education so those living and working around the lake fully understand the importance of halting pollution.

“There is a need for comprehensive research about the potential effects of climate change on the lake and community living around the lake and how it is affecting the quality of the fish,” says Nyeko.

“Some studies suggest [there are already] symptoms of what could happen to the lake as a result of climate change, such as shrinking and a change in water level.”