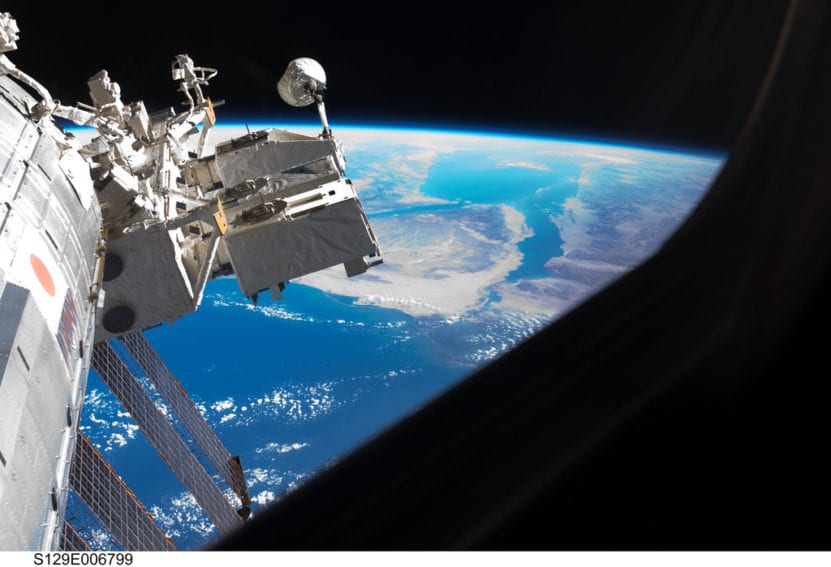 [HONG KONG] Countries belonging to the Association of Southeast Asian Nations (ASEAN) are investing huge sums of money in building prestigious space programmes. But critics have questioned the practicality of these efforts and asked whether they divert funding from key areas such as health and education.

Earlier this month, Vietnam's first remote sensing satellite was launched to monitor natural resources, the environment and disasters. The €55.8 million (US$73 million) VNREDSat-1A satellite was built for the nation's Academy of Sciences and Technologies with cooperation and funding from France.

In the Philippines, a bill was filed last December in Congress via Agham, a political party advocating the use of science and technology for economic development. The Philippine Space Act of 2012 paves the way for the creation of a national space agency.

Figures from space market consultancy Euroconsult on ASEAN governments' 2012 investment in civil space programmes shows that Vietnam was the largest spender among this group with US$93 million, followed by Laos (US$87 million), Indonesia (US$38 million), Thailand (US$20 million) and Malaysia (US$18 million).Indonesia, Malaysia and Thailand have advanced space agencies of their own, while Laos, one of the poorest ASEAN members, is now the second biggest spender on space programmes in the region.

Steve Bochinger, Euroconsult's CEO, tells SciDev.Net that global government spending on space reached a record US$72.9 billion in 2012 compared with US$35 billion in 2000.* He attributes this upswing to the increased activity in this area of emerging players such as Bangladesh, Malaysia, Thailand and Vietnam.

"We have seen huge increases in government expenditure on space applications in the last decade," he says.

But while these countries have found funding for their space programmes, they are having difficulties raising money to deal with their health and education problems, some of them relying on international donors to plug the gap. For example in Laos, Australia has invested $153.4 million over the previous three years to improve access to basic education.

Are space programmes crucial for development or have they become more of a symbol of prestige for countries to announce their prosperity to the world after decades of rapid growth?

Congressman Angelo Palmones, Agham's representative in the Philippines' Congress, argues that a space-science programme has enormous potential to further economic growth in a developing country like his, particularly in advancing communication capabilities. He adds that space programmes should not be a monopoly of developed countries.

Outside the ASEAN, the Bangladesh Space Research and Remote Sensing Organization works closely with NASA, the European Space Agency and the Japan Aerospace Exploration Agency. Sri Lanka also has its own aeronautics and space agency whose immediate goal is to construct and launch two satellites by 2015 after signing a partnership agreement with China's state-owned satellite and aerospace firm — the China Great Wall Industry Corporation — to design, build and launch the satellites.

And the rise in interest in space science and technology is not limited to Asia, says Calestous Juma, director of the Science, Technology, and Globalization Project at Harvard Kennedy School, United States.

African countries such as Algeria, Egypt, Nigeria and South Africa already operate their own satellites. Angola has an emerging space programme and is due to launch its first satellite in the next year or two. Ghana, Kenya, Tunisia and Uganda have plans to develop their own space science programmes, Juma tells SciDev.Net.

Juma explains that developing nations' space programmes are quite different from those established by the Soviet Union and the United States during their 'space race' because they are focused largely on generating geospatial data, needed for the effective planning and implementation of development activities.

"The need to have such information on a timely basis has been compounded by climate change and other natural disasters. Basic services like emergency rescue during flooding in places such as Bangladesh are dependent on having such information," he says.

Juma says it is crucial to train researchers and technicians, and that this must be done across the board, and not just in selected ministries. There is also the need to link geospatial science and technology to other investment areas such as infrastructure, technical training and entrepreneurship, he adds.

Bochinger says that most ASEAN countries are investing to free themselves from the tethers of terrestrial communications and technology transfer.

"There is strong need for communication and remote sensing. They are not investing for exploration," he says.

According to the International Monetary Fund, most ASEAN members have been growing at an impressive rate in recent years, with the result that South-East Asia is at the centre of the world's most dynamic economic region and its performance is part of the well-studied Asian 'miracle'.

ASEAN countries have a difficult task, however, to prove that the pace of space programme development is aligned with their overall goals of development and poverty reduction.

But Ronald Van der Linden, director-general of the Royal Observatory of Belgium, tells SciDev.Net that substantial investment in space research can provide significant economic returns, as is the case in developed countries. He cites Belgium as an example where for every euro the government spends on space technology, three euros are generated in return for the national economy.

It is worthwhile to note that satellites can substantially benefit people's lives by helping to predict weather, increase crop yields, contribute to education, provide communications and assist with emergency management, he says.

"Investing in research in general, and space research in particular, makes sense even for countries that are less well off," he says.

But Van der Linden says investment in research should not reach the level that it makes it impossible to focus on other priorities such as health and education.

The UN Economic and Social Survey of Asia and the Pacific 2013 says that public-sector spending for education varies across the region, with some countries increasing spending while others are cutting it due to the global downturn.

Taken as an indication of how much education was prioritised in national policy, public spending on this sector in most Asian and Pacific countries in 2008 ranged from two to six per cent of GDP (gross domestic product).

And the health sector had even more worrying results, according to the Organisation for Economic Co-operation and Development (OECD), an international organisation that aims to help governments tackle the economic, social and governance challenges of a globalised economy.

Worrying in the sense that the OECD said health spending in relation to GDP in 2010 was averaging 4.5 per cent in the Asian region. This is just half of what OECD countries spend on health as percentage of GDP.

In an interview with SciDev.Net, Chandran Nair, chief executive of the Global Institute for Tomorrow, a pan-Asian think-tank, says that many governments in South-East Asia need to reassess their massive investment in space technologies as it puts a burden on their economies.

"There is no need to prove the point that they can also have space technology," Nair says. "It is a waste of money to make huge investments in these projects when basic infrastructure in public health is left begging."

It looks as though ASEAN nations' ambitious presence in space is meant for the long term. But questions will remain as to whether even this speed is sustainable and tallies with the resources available in these countries.

*This article has been corrected since posting. The original stated that spending on space reached US$35 billion in 2010, instead of in 2000.