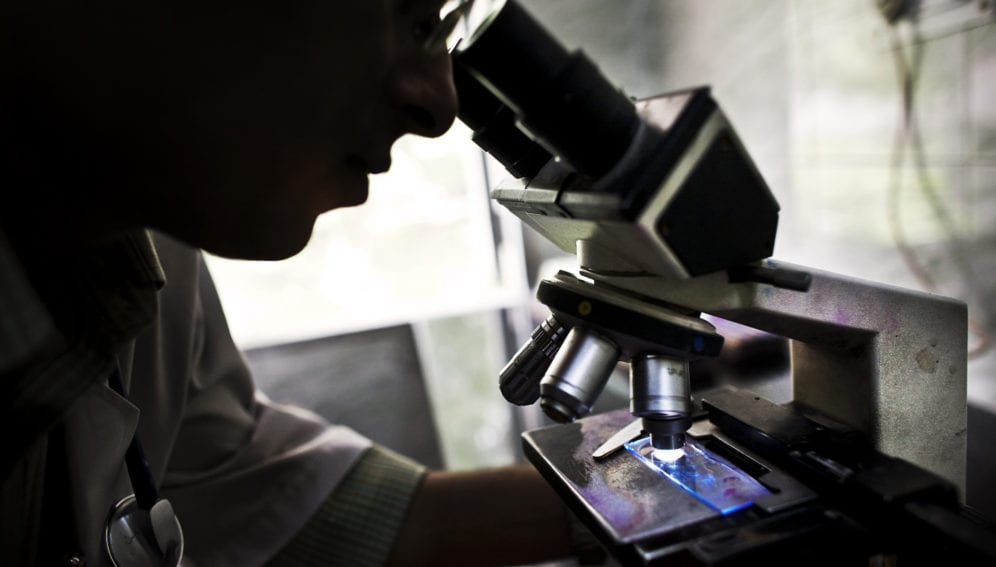 [NEW DELHI] A deeply conservative lot, India’s public-sector scientists chose to sit out the global ‘March for Science’ on Earth Day, 22 April. But, four months later, many of them left their labs and took to the streets to join a nationwide march to demand a better deal for science, scientists and scientific institutions.

“India’s scientists, particularly those attached to government departments or laboratories, have traditionally been happy to leave science policy decisions to the bureaucracy or the politicians,” explains D. Raghunandan, president of the All-India People’s Science Network and member of the Delhi Science Forum, which helped organise India’s own ‘March for Science’ on 9 August.

The event saw thousands of placard-carrying researchers, teachers, students and scientists marching through the streets of the major science hubs of Bangalore, Chandigarh, Chennai, Delhi, Hyderabad, Kolkata and Pune and about 25 of the smaller urban centres.

So, what changed? While India’s public-funded scientific establishments were served notice two years ago to raise money to support their research projects, it took until May 2017 before the government began cracking the whip.

Many of the marchers were from the Council of Scientific and Industrial Research (CSIR), established 75 years ago as an autonomous body. CSIR currently runs 37 top-notch laboratories and employs 17,000 scientists and personnel, accounting for about 10 per cent of India’s scientific output. CSIR specialises in a wide range of areas covering biotechnology, food, agriculture, generic drugs, chemicals, materials, mining and aeronautics.

In June, CSIR’s director-general Girish Sahni applied the squeeze through a circular to lab chiefs advising them to “change their mindsets and produce value from R&D, in keeping with the CSIR mandate.” The circular warned that there was just US$32 million available for new projects in the current fiscal, against the normal annual allocation of about US$220 million.

“Many of those who participated in the 9 August march were young scientists whose research projects were facing termination for lack of funds,” said a mid-career government scientist who cannot be named because of service rules. “Either that or they were senior scientists on the verge of retirement and couldn’t care less.”

At the Institute of Genomics and Integrative Biology (IGIB), a major CSIR laboratory located in New Delhi, the despair and frustration were such that several researchers and scientists defied an official circular specifically warning against participation in the march.

“It is true that many projects are facing closure for lack of funds,” senior IGIB scientist Chetana Sachidanandan tells SciDev.Net. “Once the funding stops the work done previously goes unfinished and wasted. We know that there aren’t enough funds to run the institute and pay fellowships — never mind the projects,” she says.

Sachidanandan, who is also assistant professor at the Academy of Scientific and Innovative Research, says her own work in rare genetic diseases has been in jeopardy after government funding expired on 31 March. She and her team have not been able to find alternate funding sources as mandated.

That CSIR scientists, long dependent on government funding, were incapable of making money from R&D became clear when CSIR-TECH — modelled on the lines of the UK’s Imperial Innovations — shut shop in February, after failing to commercialise research output.

CSIR-TECH was created seven years ago by Shiv Ayyadurai, an India-born US scientist and entrepreneur who was invited by former Prime Minister Manmohan Singh to help commercialise research output. But, Ayyadurai was forced to resign within five months of his appointment.

Before returning to the US and resuming his job as a lecturer at the Massachusetts Institute of Technology, Ayyadurai published a hugely controversial report calling for a ‘major overhaul’ of the CSIR. He squarely blamed the organisation’s “indifferent performance” on a “medieval, feudal” working environment.

Manmohan Singh, an internationally known economist, was aware of the adverse working environment that Ayyadurai described in his report. "I am concerned about the tyranny of bureaucracy and the quality of output of our scientific establishments. Have we allowed patron-client relationships to stifle creativity? Are we scaring the young away with our hierarchical systems?" Singh said, addressing the Indian Science Congress in 2006.

A decade later, the marchers echoed the same sentiments when they demanded that project approvals be carried out by scientific panels rather than left to bureaucratic whims and political patronage.

Says Raghunandan: “Ministries are now openly declaring that they will only fund research projects that highlight the success of government policies and programmes such as on solar panels, water harvesting and cleanliness drives. In this situation, researchers and academic institutions can attach no value to independent, evidence-based research.”

The marchers’ primary demand is that the government invests in science before expecting returns. “Government spending on R&D has remained stagnant at 0.8 per cent of GDP for several years now,” says Prabir Purkaystha, a leading member of the DSF. “In contrast, China spends two per cent of GDP on R&D.”

“The present policy, which regards science as business that should pay for itself through research, is completely flawed and unsuited to a country of India’s size and at stage of development, where government support for science is vital,” Purkayastha adds.

The writer contacted the CSIR for reactions but they declined to comment.