Antibiotic alternatives are ‘no silver bullet’ 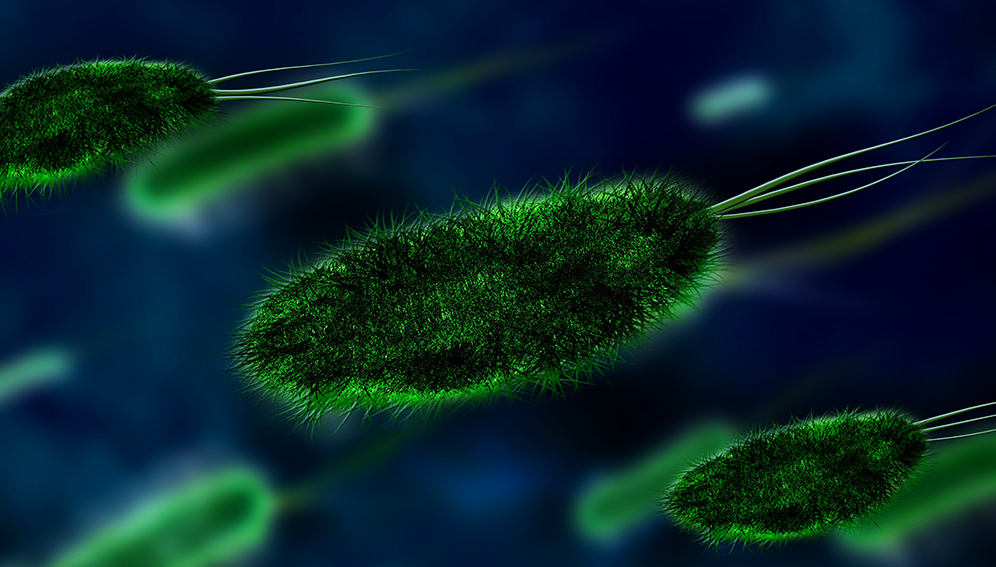 One method for treating bacterial disease is to use bacteria against themselves. Copyright: Image by Gerd Altmann from Pixabay

As antibiotics increasingly fail, numerous innovative alternatives are under development but there is no panacea, writes Mićo Tatalović.

Pathogenic bacteria have developed resistance to every antibiotic we have deployed to fight them – and they will continue to do so, even if we manage to overcome the scientific and economic challenges of continually developing new antibiotics.

Relying on antibiotics alone is problematic for two reasons, says Rino Rappuoli, chief scientist at GlaxoSmithKline Vaccines and co-author of a 2018 review of antibiotic alternatives: “We don’t have them in the short term, and even if we had them, going for more antibiotics is not the solution. We need also other solutions.”

Another review of a pipeline of alternatives written by 24 scientists from academia and industry came to a similar conclusion: “It is clear that the success of antibiotics might only have been temporary and we now expect a long-term and perhaps never-ending challenge to find new therapies to combat antibiotic-resistant bacteria”.

“Our main hope is in preventing infections, that is where we really ought to get better,”

So, what are our options? First, there are alternatives – or rather complements – that aim to prevent infection and spread of pathogens.

“Our main hope is in preventing infections, that is where we really ought to get better,” says Matti Karvanen, scientific officer at ReAct – Action on Antibiotic Resistance, at Uppsala University, in Sweden. “If we don’t get sick, we don’t need to use antibiotics, and if we don’t need to use them so much, we won’t have this huge selection pressure for bacteria to evolve resistance either.”

One of the low-tech solutions is simply improving hygiene, providing clean water and better sanitation. This is especially useful in low and middle-income countries. “In these countries, a big problem is transmission of disease because you don’t have access to safe water, you don’t have good sewage systems,” says Karvanen.

Also, we need more prudent and targeted use of antibiotics: we should only prescribe them for bacterial infections and should not use them on farms where they are now often used to boost growth of animals.

Silver science
Another option being explored is the use of ultraviolet (UV) light in the shorter wavelengths (207-22 nm), so-called far-UV light. It kills surface and airborne bacteria but doesn’t penetrate human skin or eyes. If it proves to be safe, it could stem the spread of bacteria in food processing plants and hospitals.

Scientists are also exploring nanotechnology to try and reduce antibiotic use in crops and the food industry, for example by having nanoparticles detect spoilt food – so called nanosensors. “There are definitely some applications where it’s really useful,” says David Julian McClements, a food scientist at the University of Massachusetts, US. “You could do nanosensors in packaging to tell when the food is going to go off.”

Tiny nanoparticles carrying silver are already being used in packaging to make food last longer and to cut the risk of bacterial infection. Nanoparticle silver is a good antimicrobial and “has really taken off in packaging to try to combat bacteria”, says Andrea Martin Armani, professor of chemical engineering at the University of Southern California, US.

A new class of nanoparticles, antimicrobial nanoemulsions, are also being developed as a more natural way of protecting crops against microbes. These are essentially mixtures of detergent, oil, and water at small concentrations that are nontoxic in animals and have broad antimicrobial activity.

“Some of the antimicrobial nanoemulsions have been shown to be effective in treating sprouts and other fresh produce,” says McClements. Once these reach market stage, they should be affordable for use, even in developing countries. “Overall, they should be quite cheap.”

Another recent method for protecting crops and food from bacteria is simply to use a mixture of organic acids and some metals such as iron and copper – a strategy that is a 1,000-fold more effective preservative than using either of them alone, says Oded Lewinson, a biochemist at the Technion-Israel Institute of Technology, whose recent paper demonstrated the efficacy of this approach.

“Crops are either sprayed with antibiotics or other toxic organic compounds to protect them from bacteria and fungi,” he says. “One could easily substitute these with a spray of transition metals and organic acids. It is cheaper and more environmentally friendly.”

In theory, he says, this could reach the market in two to three years.

To cut the use of medical antibiotics in meat production, scientists are also exploring the use of plant-based chemicals and the vaccination of farm animals.

Vaccination is seen as one of the most promising alternatives to antibiotics for human use, too. This is because vaccines are already being widely used to prevent bacterial infections including tuberculosis, tetanus, pertussis, diphtheria, and pneumococcal disease.

“When a vaccine works, basically it eliminates a problem and there is no need for antibiotics,” says Rappuoli. “Thanks to vaccination, diphtheria has been eliminated completely, smallpox has been eradicated, and tetanus doesn’t exist anymore.”

All the above approaches focus on cutting the spread of infections, and thus preventing the resistance to antibiotics arising and spreading in the first place.

When it comes to treating bacterial disease, there is no silver bullet and a range of options is needed alongside existing and new antibiotics. “If we have a kit of different tools we will be much more secure in controlling bacteria,” says Rappuoli.

Another strategy is to use bacteria against themselves. The use of probiotics and prebiotics – as well as fecal transplants containing ‘good’ bacteria that encourage a healthy microbiome – is one strategy being explored. Many bacteria produce bacteriocins, small molecules that kill other bacteria, and these are also being explored as possible treatments. Finally, there are predatory bacteria, such as Bdellovibrio, that ‘hunt’ other bacteria, which are showing some promise.

Similarly, viruses known as bacteriophages that kill bacteria and the lysin peptides they use are being developed as novel treatments.

“Phage-based therapies will play a big role in combatting antibiotic resistance,” says Alexander Belcredi, managing director of PhagoMed Biopharma GmbH, in Vienna, one biotech company developing such a treatment. “We expect to initiate the first clinical trial in 2021.”

The phages also naturally target specific species of bacteria, meaning they leave the beneficial microflora intact. There are no known side effects of using natural phages, he adds.

“In principle, phage drugs should be cost-effective to produce and administer, so there should be no barrier to their adoption in the developing world,” says Belcredi. But again, he highlights the importance of developing fast diagnostics. “In most cases however, a precise diagnostic – which bacteria is causing the problem? – is required and this might be a practical hurdle.”

Among other top candidates for antibiotic alternatives are antimicrobial molecules expressed by our own immune systems, such as antibodies that bind to bacteria, that could be harnessed.

There is also ongoing research into virulence inhibitors: drugs that target the bacteria’s ability to cause a disease. They won’t kill the bacteria but might, for example, prevent them sticking to your tissues, an important stage in some bacterial infections.

But despite the promise of these ideas, most of them suffer from a range of drawbacks. Some are species-specific and will require better diagnostics. Some can only tackle bacterial infections outside our cells. Most will suffer from the same economic problems that have plagued the development of new antibiotics.

“Antibiotic alternatives definitely do have a role to play, but I don’t think they will ever be able to completely replace antibiotics,” says Karvanen. “That’s why we think that antibiotics need to be preserved, we really need to have them.”