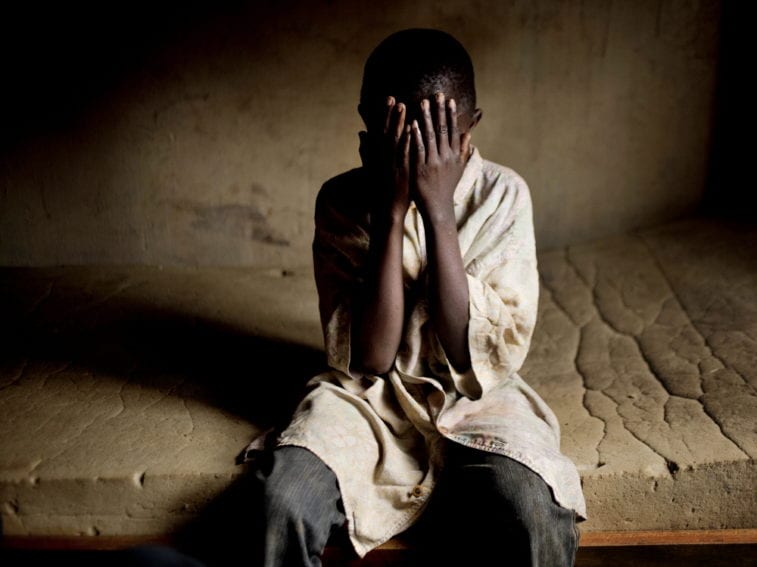 In Uganda, the Refugee Law Project based at Makerere University helps men who have been raped during conflict. The Observer newspaper has published a first-hand report of meetings with some of these men. [1]

Yet the issue of male rape is rarely discussed in comparison with sexual violence against women. One 2002 review showed that, of the 4,076 NGOs that addressed wartime and politically motivated sexual violence, only three per cent mentioned the experience of males in their information leaflets. [2]

Human rights lawyer Lara Stemple has written that, when it comes to human rights law too, attempts to create laws that are sensitive to both male and female experiences of sexual violence have been “distressingly limited”. [3]

“People who have experienced sexual violence in their own bodies — whether they are men or women — need to be treated the same.”

Stemple, who is director of graduate studies in the School of Law at the University of California, Los Angeles, United States, tells me during a phone conversation that research has shown that men and boys do experience wartime rape too — and it affects them in different ways to women and girls.

She says a decisive moment came in 2010, when researchers looked for the first time at how the same conflict can affect both women and men. One survey in the Democratic Republic of Congo showed that 40 per cent of women had experienced sexual violence in conflict — but 24 per cent of men had too. [4]

Stemple says: “When you have these really excellent studies showing that the numbers of males and females experiencing sexual violence are not that different, it then becomes really hard to justify why there is a constant emphasis on women and girls [in international law].

“As a feminist, I think excluding men can be really problematic — because it hits this drumbeat about women and girls as victims all the time.”

Yet there have been signs of progress, says Stemple. She points to the difference between UN Security Council resolutions published in 2000 and 2013. The former (resolution 1325) makes no mention of men or boys, while the latter (resolution 2106) does, but includes them in the same category as people who have witnessed sexual violence.

“I have no doubt that it’s horrific to witness sexual violence,” says Stemple. “But, for me, people who have experienced sexual violence in their own bodies — whether they are men or women — need to be treated the same.”

Stemple says there is hope of developing international law recognising the burden of wartime rape on men. But she points out that it would benefit from more research on what sexual violence is like for men. For example, she says, some studies have found that men sometimes experience sexual arousal during rape, which often leaves victims feeling guilty and confused.

“What I would really like to see is a law that is both gender inclusive and gender sensitive,” says Stemple. And, she says, uncovering more of the distinct ways in which rape affects different genders remains a research need.

[4] Kirsten Johnson and others Association of sexual violence and human rights violations with physical and mental health in territories of the eastern Democratic Republic of the Congo (The Journal of the American Medical Association, 4 August 2010)