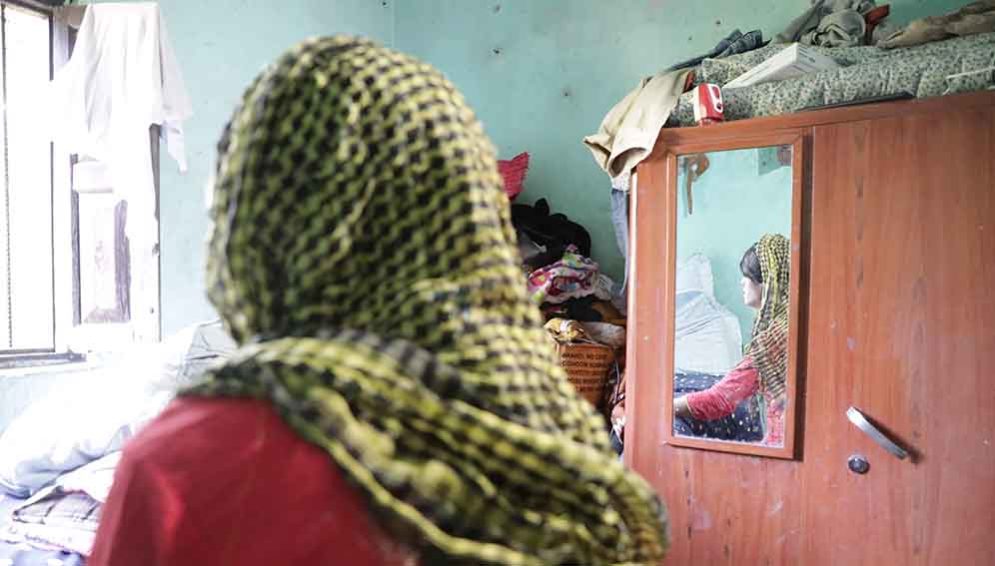 COVID-19 restrictions have been used around the world to discriminate against people living with HIV, such as Juna* in Nepal. Many people have been left without access to medication or support. Copyright: Rojita Adhikari/SciDev.Net

People living with HIV have been arrested, tortured and denied medication as COVID-19 restrictions across the globe become tools of discrimination, a joint investigation by SciDev.Net and the Bureau of Investigative Journalism finds.

Juna*, a 37-year-old transgender woman living with HIV, has been trapped for eight months in her tiny room in Chitwan, a city south-west of Nepal’s capital, Kathmandu.

“Since this pandemic started I’m not able to go out and earn money. Police do not let us go out,” says Juna, sitting in the home that she shares with transgender friends. “Recently, I was just walking on the street near my home at around 7pm. They came and beat me so badly and took me into custody.

“[They] said to me, ‘You are already transmitting HIV to people and now you are spreading the [corona]virus too’.”

Across the world, authorities have been using coronavirus control measures as justification to attack and arbitrarily arrest people living with HIV, particularly those in the lesbian, gay, bisexual, and transgender communities (LGBTQ+).

A joint investigation by SciDev.Net and the Bureau of Investigative Journalism found that many LGBTQ+ people who have been arrested have been denied access to medication, including pre-exposure prophylaxis (PrEP) medication designed to protect people at high risk of contracting HIV.

‘I will die hungry’

Fifteen years ago, after her father beat her for dressing like a girl and she fled her family home, Juna moved to Chitwan. She got a job at a hotel, but after a few months the owner fired her, saying she behaved like a Chhakka — a derogatory name for a transgender person. Juna tried to sell tea on the street, but no one would visit her stall.

“After my two failed attempts to work like normal people, I realised there was no space in this society for people like me. Then I started working as a sex worker,” she tells SciDev.Net.

“I met many friends like me, I was earning money, I had a place to live, food to eat, most importantly I could be what I am and was happy with it.”

But, since Nepal’s government announced a countrywide COVID-19 lockdown in March, the transgender community has faced severe restrictions.

“When the government lifted the lockdown in July, other people were allowed to move and work, but police are still not allowing us to go out… How are we going to survive this way?” Juna says.

“I have had many sleepless nights as I had to sleep with an empty stomach because I did not have money to buy food. I used to starve in the middle of the night.”

Since 2015, Nepal has offered the option of a third gender for citizen’s identity cards, but Juna says authorities in her home town in western Nepal refused to grant her papers.

“An NGO came and gave us some food and money. That’s how I survived so far. Even there I had to fight to get that because that NGO was asking me for an identity card to get the money and food, which I am still not able to get,” says Juna.

“It’s not only me, there are more than 300 people like me in Chitwan who are facing the same problems. One of my friends recently attempted suicide.

“If this situation continues for a few more months, I will not have other options than to die hungry.”

“Sadly, it seems that we have not learned the lesson HIV has tried to teach us: epidemics expose and exacerbate existing inequities and impact most negatively on those who are already marginalised,” says Felicita Hikuam, director of the AIDS and Rights Alliance for Southern Africa.

“We know from our experiences with HIV that public health approaches that are not in line with human rights can undermine a pandemic response,” says UNAIDS in Rights in a Pandemic, its 16-country review of COVID-19 policies.

“Current responses in many countries have resulted in significant breaches of rights, including of people who are living with or vulnerable to HIV — some of which have already cost lives.”

The number of people living with HIV and LGBTQ+ people who have been arrested in Uganda has at least doubled since March, human rights organisations report. The Bureau has learned of more than 100 cases across the country in which police or the military have been accused of using new powers brought in during the pandemic to arrest, extort or imprison people from these communities.

Many of the people imprisoned have been denied access to healthcare, including the residents of a LGBTQ+ homeless shelter in Kampala, Uganda’s capital, who were arrested in March after their shelter was raided.

Of the 23 people arrested, 20 shelter residents were charged with defying a presidential directive relating to COVID-19 that banned groups of five from gathering outside, and transferred to prison. After more than a month, the group was released and the charges against them dropped.

The residents’ legal team allege the men endured violence and taunting, and were denied food, access to sanitary facilities and medication while in prison, though officials deny this. The shelter residents are pursuing a human rights case against prison and public officials. A second hearing in the matter is due to go ahead today (25 November).

Rihana Mukasa, executive director of Initiative for Rescue Uganda, which helps LGBTQ+ people in prisons, has been arrested three times since February for breaking curfew, failing to wear a mask or impersonation.

She believes the arrests were motivated by the fact she is transgender. On one occasion, she says, the police forcefully made her undress in order to “check” whether she was male or female.

Mukasa, who is HIV positive, says she was denied access to HIV drugs while in jail and her viral load — a measure of the amount of virus in the blood — rose.

Treatments that reduce viral loads can effectively cut the risk of HIV transmission via sex, injection equipment and childbirth. 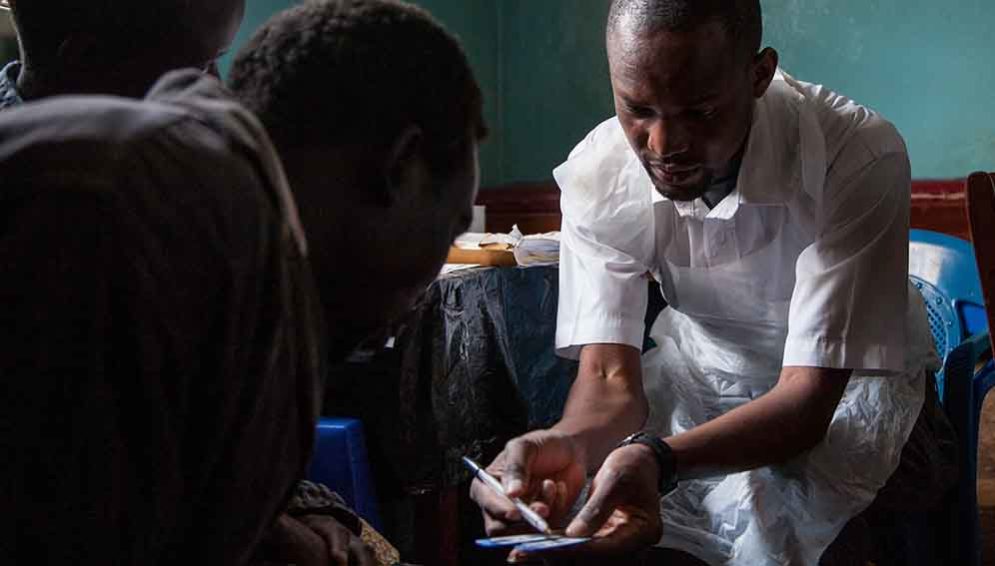 A community health worker explains the results of an HIV test to a couple expecting their first child. Global health experts warn that the HIV pandemic could get worse without these services. Credit: Robbie Flick/Baylor College of Medicine (CC BY-NC-ND 2.0)

In Tunisia, several people living with HIV and people from the LGBTQ+ communities told SciDev.Net they have been denied medical care because of HIV prejudice.

Ibtissam* is a 32-year-old married mother of three. She works at an organisation for people with HIV/AIDS in Tunisia. Three years ago, she discovered that she had contracted the virus.

“I have lost my job because of the pandemic, I was pregnant while already having two kids, who were born with HIV,” says Ibtissam.

She says while she was recently at the hospital giving birth to her third child, she was shunned by medical staff. Ibtissam and her children have also struggled to access their HIV medication during the pandemic.

“My eight-year-old daughter administered an expired medication for five months over the lockdown period because of stock depletion,” she says.

“I continuously felt dizzy and nauseated, as well as my kids, due to losing access to our usual medicine. We are devastated, the coronavirus ruined our lives even more.

“I believe death is much better than dying several times per day, watching my kids suffering. I prioritise them by giving them my medicine, which worsens my condition.”

Mahmoud*, a 27-year-old gay man living with HIV in Tunisia, tells SciDev.Net he has attempted suicide several times this year. Before the pandemic he was receiving psychological support, but that is now on hold as he cannot afford the treatment after losing his job.

He says he asked for a psychological assessment at a hospital and he was promised an appointment, but this has not occurred.

Mahmoud says he has been bullied and told that the pandemic was sent as a punishment for communities tolerating the presence of LGBTQ+ people.

Tunisian medical student Ahmed* discovered he was HIV positive during the pandemic, after waiting four months for test results. He says the most painful thing is hearing people say that the pandemic should be used as an opportunity to leave people with HIV to die.

After waiting a further five months to begin his HIV treatment, Ahmed, 24, says he fears that he may again lose access to medication. He says an increasing number of LGBTQ+ people in Tunisia are applying to leave the country as asylum seekers. 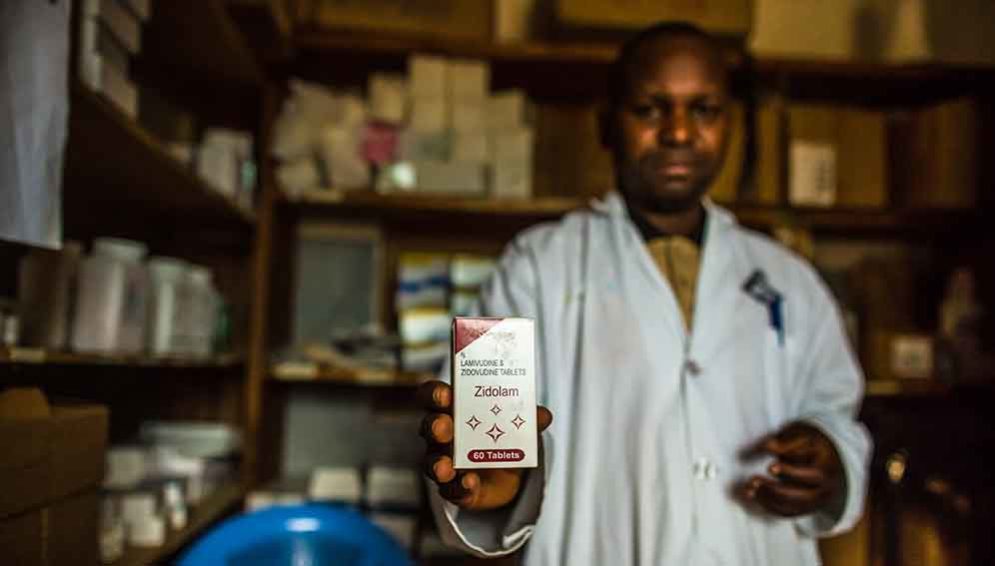 Norbert Chambu provides antiretroviral medication to survivors of sexual and gender based violence in the Democratic Republic of Congo. Worldwide, people have struggled to access HIV services during the COVID-19 pandemic. Credit: Morgana Wingard/USAID (CC BY-NC 2.0)

Pandemic within a pandemic

“Countries have used lockdown laws in ways that are discriminatory and I think that there’s no question about that,” Sharifah Sekalala, a global health law expert at the University of Warwick, tells SciDev.Net.

“You have that toxic mix because of these three interrelated things and [states are] using the law — which should be helping those groups of people who are vulnerable — in order to actually make it worse,” she says.

HIV services that were set up to discretely support people at risk of stigma and discrimination have been dismantled “almost overnight”, Sekalala says.

“If you’re thinking about family planning support, in some instances that has been deliberately stopped because governments were already against it because they think [that] condoms encourage men to have sex with men,” she says.

The implications for individuals and public health could be catastrophic.

“It’s really important to continue HIV services because what we forget is, that was a pandemic,” says Sekalala. “One of the things that we have learnt in this crisis is that you must prevent pandemics and you must do this consistently.

“If we have this discontinuation of those [HIV] services there is every risk that that pandemic will get worse — if people stop their treatment they will become infectious again.”

Sekalala says she worries about the potential chilling effect that overt discrimination against particular communities can have on confidence in public health systems, as well as disease reporting.

“Underlying this, one of the things that concerns me is that we’ve already seen with the HIV crisis that if you discriminate against people in this way within a crisis, then people go underground. It’s not just for AIDS, it’s also going to be for COVID-19 because you destroy trust in public health systems,” says Sekalala.

“When you use law in this way you really harm public health as a whole.”