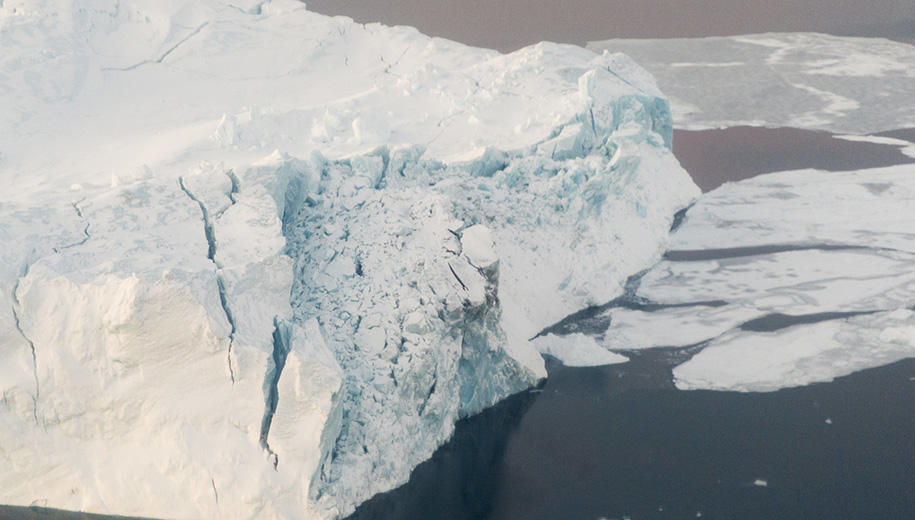 Icebergs in Ilulissat Icefjord, Greenland. The melting of the ice sheets in Greenland and Antarctica can have a devastating impact on the world. Copyright: Mark Garten/UN Photo (CC BY-NC-ND 2.0).

[NEW YORK] Polar ice sheets melting faster than previously estimated may result in the oceans rising by as much as 1.3 metres by 2100, according to projections in a new international study led by the Nanyang Technological University (NTU), Singapore.

Published this month (May) in Climate and Atmospheric Science, the new study makes sea-level rise projections which are significantly higher than those set out by the UN’s International Panel on Climate Change (IPCC) in its 2014 Fifth Assessment Report as well as in a special report on oceans and the cryosphere released September last year.

“If all the ice in Greenland melted, it would raise sea levels by seven metres, [while] you only need to melt a small part of the Antarctic ice sheet to cause devastating impacts”

The researchers relied on a survey of opinions provided by 106 experts to predict global mean sea-level changes under low- and high-emission scenarios. Responses to open-ended questions in the survey suggest that increases in upper-end estimates arose from recent influential studies on the impact of marine ice cliff instability on meltwater contribution to global mean sea-level rise.

In a high-emission scenario, with 4.5 degree Celsius of warming, the study projects a rise of up to 1.3 metres by 2100 and up to 5.6 metres by 2300, says Benjamin Horton, acting chair of NTU’s Asian School of the Environment and lead author of the study.

“About one-third of current rise comes from thermal expansion as water grows in volume as it warms, while the rest comes from the melting of ice on land,” Horton tells SciDev.Net.

Horton says that the melting of giant ice sheets in Greenland and Antarctica are the biggest worries. “If all the ice in Greenland melted, it would raise sea levels by seven metres, [while] you only need to melt a small part of the Antarctic ice sheet to cause devastating impacts.”

He explains that Antarctica, which is roughly the size of US and covered in ice up to two kilometres in thickness, has enough water to raise sea-levels by 65 metres.

According to Horton, satellite-based measurements of Greenland and Antarctica show ice sheets melting at an accelerating rate. “For example, Greenland's glaciers went from dumping only about 51 billion tonnes of ice into the ocean between 1980 and 1990, to losing 286 billion tonnes between 2010 and 2018,” he says.

Sea-level rise projections and knowledge of their uncertainties are vital to making informed mitigation and adaptation decisions, says Horton.

Rising seas, Horton stresses, increase the vulnerability of cities and the associated infrastructure that line many coastlines around the world because of flooding, coastal erosion, degradation of coastal habitats, and salinisation of surface and ground waters.

“As an example of the impact of a high-emission scenario, once the ocean rises by 1.3 meters, it will affect 16 per cent of Bangladesh's land area and 15 per cent of its population. That affects 22,000 square kilometres and 17 million people,” says Horton. 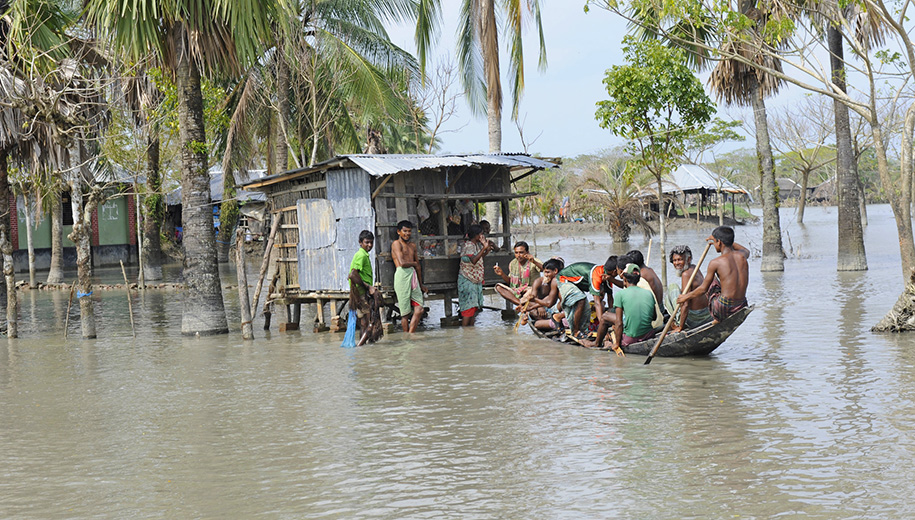 Bangladesh is one of the countries foreseen to suffer from the effects of the rising sea-levels.
Image credit: Rafiqur Rahman Raqu/Department for International Development (CC BY-NC-ND 2.0).

Andrea Dutton, a professor in the geoscience department of the University of Wisconsin, Madison, tells SciDev.Net that the study is valuable because it relies on the best estimates of sea-level rise made by a large number of experts. “Conducting multiple, or repeat, expert elicitations also enables this response to be tracked over time to determine how these estimates may have changed over time as research evolves.”

The study shows that densely populated coastlines of the Asia-Pacific region will be under threat from future sea-level rise even if we were to reduce our carbon emissions to zero today, says Dutton. “The results of this study, however, emphasise that there is the potential to reduce the ultimate magnitude of that sea-level rise by reducing our emissions.”