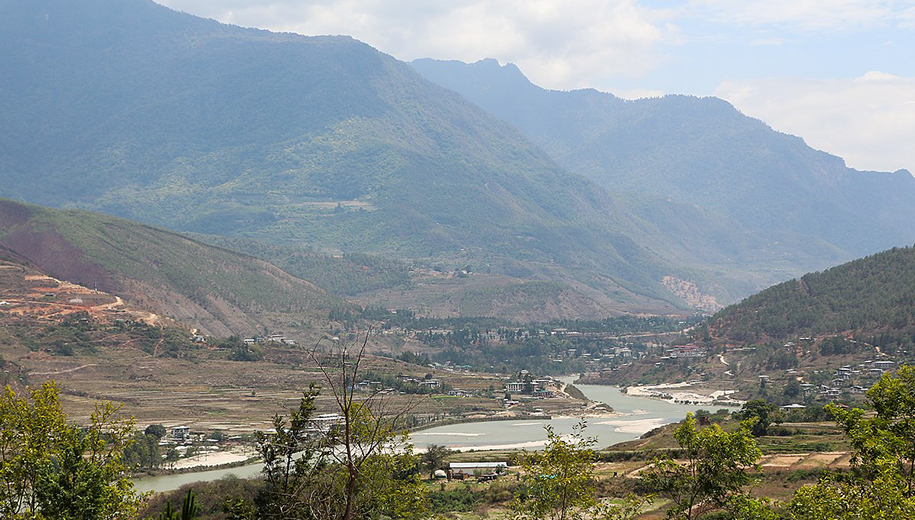 The Puntasang Chhu River has lost half of its snow and glacial cover. Copyright: Bernard Gagnon (CC BY-SA 4.0).

[ISLAMABAD] Bhutan’s Punatsang Chhu river basin, spread over 10,655 square kilometres, has lost 51 per cent of its snow and glacial cover over the last 20 years (1996—2017) as a result of climate change and human activity, says a new study.

Mountain glaciers worldwide lost mass at an average rate of 220 gigatons per year during 2006— 2015, equivalent to 0.61 millimetres sea level rise annually. The resulting decline in the extent and duration of snow cover disturbed the stability of high-mountain slopes, according to a special report released September 2019 by the Intergovernmental Panel on Climate Change.

In Bhutan, the loss in snow cover has exposed rocky outcrops and bare land in a major river basin which makes up almost a third of the Himalayan country’s land area (38,394 square kilometres), stretching from the glaciers in the north-western district of Gasa, moves southwards through the districts of Punakha, Wangdue, Tsirang and Dagana and then enters India’s West Bengal state.

The study site showed increase in maximum temperature by about one degree Celsius and minimum temperatures by about 0.5 degrees Celsius, the findings of the study, published April in Remote Sensing Applications: Society and Environment, show.

Using the Geographic Information System and remote sensing techniques, the researchers detected downward changes in seasonal average rainfall during the same period of study, decreasing from a high of about 800 millimetres to 400 millimetres per annum, which may have affected snow and glacier cover in the higher mountain reaches of the study area. 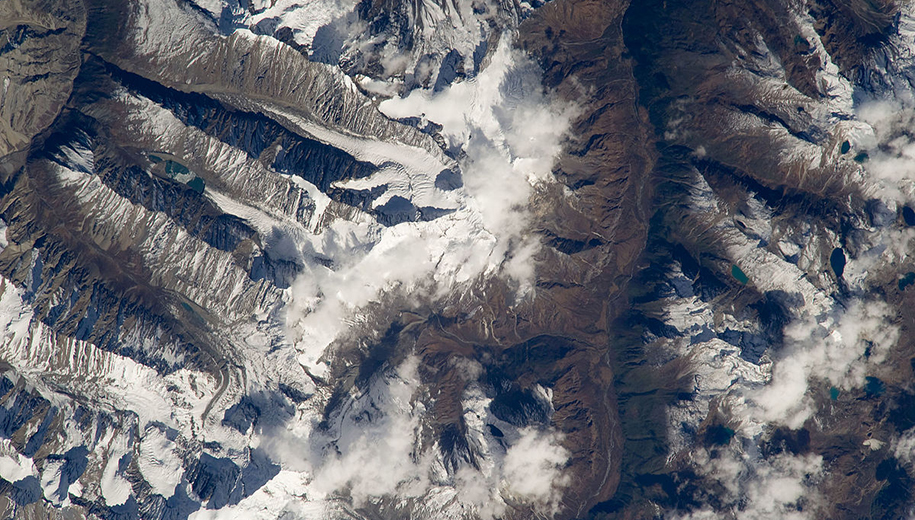 The study further shows that land cover changes have also led to significant alterations in agro-ecological landscapes, posing risks to the sustainability of the country’s hydro-power plants and agriculture.

Ngawang Chhogyel, one of the authors of the study, tells SciDev.Net that the exposed lands, being rocky, cannot support cultivation despite the small gains for expanding alpine summer crops (mostly vegetables and crops like barley) in high-altitude natural pastures and meadows.

“Nevertheless, the adverse implications of surging rock outcrops and bare lands include the likelihood of an increased albedo effect (a measure of how much of the sun’s energy is reflected back into space), leading to heat accumulation, land erosion and glacial lake outburst flood incidents, leading to flooding of downstream valleys and settlements,” Chhogyel explains, who is also Bhutan’s deputy chief agriculture officer, Ministry of Agriculture and Forests.

According to Chhogyel, human activities also lead to heat accumulation in the mountain valleys, which causes winter snow to melt fast, not staying even for a few days as compared to in the past.

Somsak Pipoppinyo, Food and Agriculture Organization’s representative in Bhutan, says the study findings provide evidence of the way land cover changes are triggering shifts in climatic patterns due to climate change and human interferences with the natural systems.

“The findings could be tapped into rolling out suitable policy interventions for management of natural resources through sustainable land management and use of practices such as terracing, hedgerow establishment, stone bunding for soil and water conservation, geo-engineering techniques for soil stabilisation, afforestation programmes and building floodwater check dams,” he tells SciDev.Net.