We need to reinvent the African university

Calestous Juma argues that addressing Africa’s development challenges requires the creation of a new generation of universities that focus on solving community problems.

The rising interest in Africa’s future has coincided with a new awakening of interest within international development agencies in the role of technological innovation in economic growth. But much of the discussion on Africa’s development only marginally addresses the need to harness the world’s existing fund of knowledge for development.

The Commission for Africa chaired by UK prime minister Tony Blair has, for example, played an important role in placing the issue on the international policy agenda. But the commission has also pointed out that using existing knowledge for economic development will require governments and other players to focus on strengthening the role of the academic community (as well as business) in development.

Universities and other institutions of higher learning are key players in domesticating knowledge and diffusing it into the economy. But they can only do that through close linkages with the private sector. And that will require major adjustments in the way that universities function in Africa (as well as the rest of the developing world).

The main role of the first generation of African universities was to create civil servants. Unfortunately, this classical model has become the template within which new universities are created, even though social and economic needs have changed radically.

The continent needs a new generation of universities that can serve as engines of both community development and social renewal.

The task ahead is not simply one of raising more funds. It will require deliberate efforts by governments, academia, business and civil society to reinvent higher education and put it to the service of the African people. To achieve this, a qualitative change in the goals, functions and structure of the university is needed.

As part of this process, fundamental reforms will be needed in curriculum design, teaching, location, choice of students and the management of the continent’s universities. Such an effort will push African leaders to the frontiers of institutional innovation; nothing less will meet the challenges.

The good news is that Africa has a large number of important innovations in higher education to learn from, many of which are from the continent itself, or elsewhere in the developing world.

Take, for example, curriculum development. One of the most pioneering examples in curriculum reform is EARTH University in Costa Rica, whose curriculum is designed to match the realities of agribusiness, and is therefore able to dedicate itself to producing a new generation of young people trained specifically to focus on changing the human condition though entrepreneurial activities.

n South Africa, Stellenbosch University was the first teaching institution in the world to design and launch a satellite. The project focused on designing a curriculum intended to help solve specific problems such as developing new products or improving the environment, and not to simply produce graduates.

Africa’s reconstruction challenges require creating the technical competence needed to design and manage infrastructure projects. The Kigali Institute of Science, Technology and Management (KIST) in Rwanda shows how higher education institutions can help transform the communities in which they are located.

In another shining example of business ‘incubation’ is the University of Zambia. This was the midwife of Zamnet, the country’s largest Internet provider. Zambia’s experience demonstrates that universities have great potential for creativity and innovation, even under the most difficult financial conditions. Numerous Brazilian universities have adopted a similar approach as part of their regular mission.

In Uganda, Makerere University has developed a new approach to teaching that enables students to contribute significantly to the solution of public health problems in their communities. Several other African universities are involved in similar social outreach activities.

Many of these examples are a result of isolated initiatives, some resulting from government foresight, others from occasional academic entrepreneurship, or just serendipity. The challenge facing Africa is to move away from relying on luck and tenacity, and to create an environment that helps to realise the developmental role of universities across the continent.

This must start with government policy. Little will happen unless governments realise the strategic role that universities can play in harnessing the world’s fund of scientific and technological knowledge for development.

The issue is not simply about more funding, but also involves redefining higher education as a developmental force. This will require efforts to align university activities with development missions. This in turn will influence the location of universities.

Countries such as Kenya and Tanzania, for example, depend heavily on tourism to earn foreign exchange. Given this, there is a strong case for creating institutions of higher learning that are devoted to wildlife management and are located appropriately.

The sustainable management of freshwater resources — such as those of Lake Victoria — requires similarly dedicated institutions of higher learning.

The way ahead involves at least three types of strategic decisions. The first is to promote reform in existing universities, in order to bring the research, training and outreach activities to the service of the regions they are located in.

Most of the universities located in urban areas, for example, should forge close links with municipal authorities, and help solve the economic, social and environmental challenges that these authorities face.

Existing universities can also play an important role in promoting infrastructure development. Road and construction, for example, can benefit from local research results. Countries such as Malaysia have established a long tradition of linking road construction to the creation of civil engineering capacities at local universities.

The second type of decision involves upgrading the level of academic competence at technical institutions that have already contributed to community development, while preserving their traditional role.

This, however, is only possible if existing university policies and regulations are sufficiently flexible to accommodate developmental functions. Many are not; as a result, such upgrades have often been carried out at the expense of community service.

Finally, African governments are currently reviewing an increasing number of applications to set up new universities. This gives them a unique opportunity to shape the curricula, teaching and location of these institutions so they can perform developmental tasks.

Putting universities at the service of community development will also require extensive international partnerships. The implementation of the recommendations of the Commission for Africa is only a starting point. Development agencies such as the World Bank and their bilateral partners will need to complement their current focus on primary education with a new vision for higher education.

African countries, in turn, will need to demonstrate their commitment to long-term development by providing incentives and formulating policies that bring higher education to the service of development. Today the poor flock to the cities, many in search of the higher education that they see as the passport to their children’s personal success.

The time has come for higher education to go to the poor, and to demonstrate that it is not only individuals, but also communities — and indeed nations — that will prosper as a result.

Calestous Juma is professor of the practice of international development at Harvard University’s Kennedy School of Government and lead co-author of Innovation: Applying knowledge in development, the report of the Task Force on Science, Technology and Innovation of the Millennium Project commissioned by UN secretary general Kofi Annan. 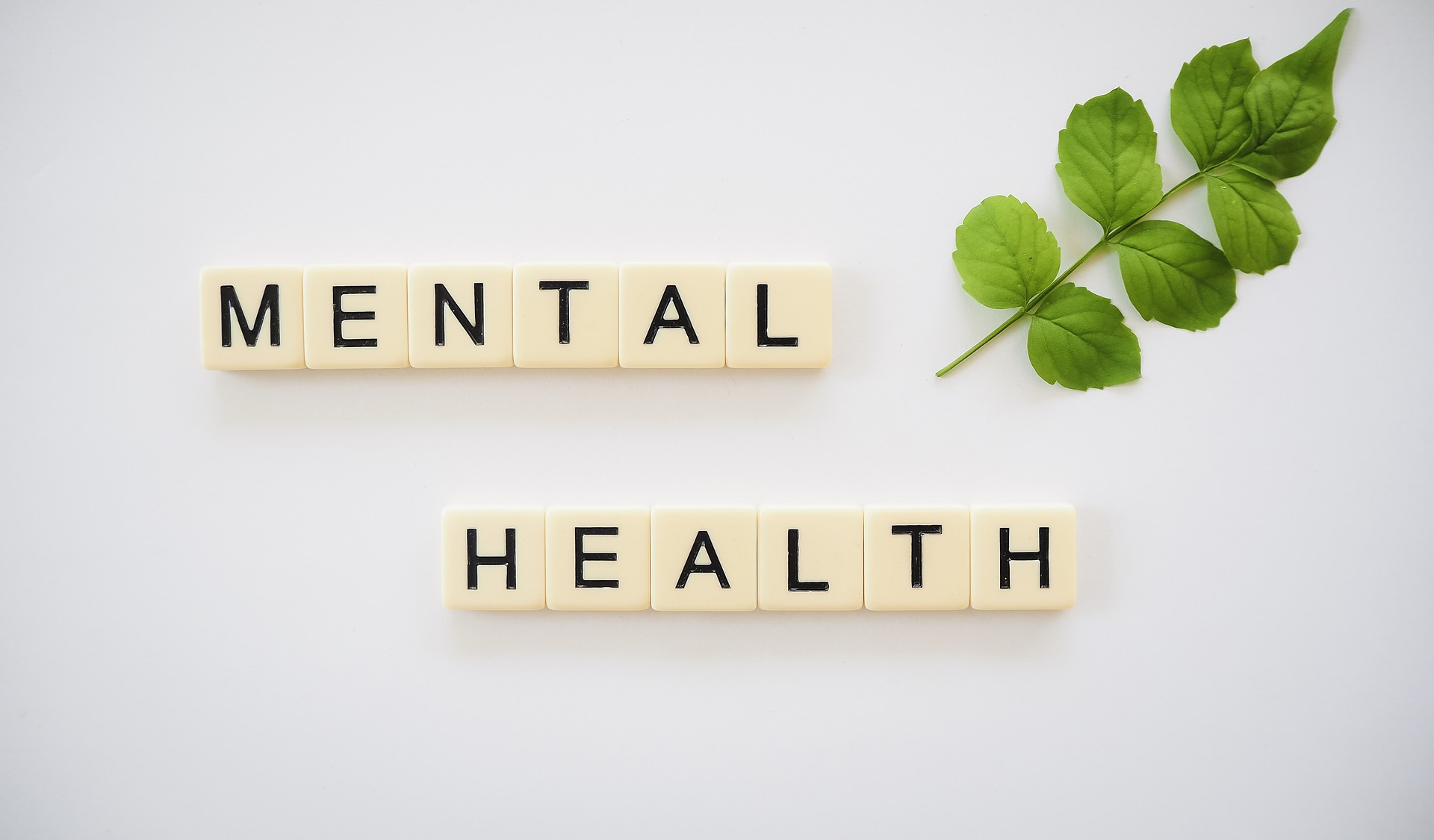 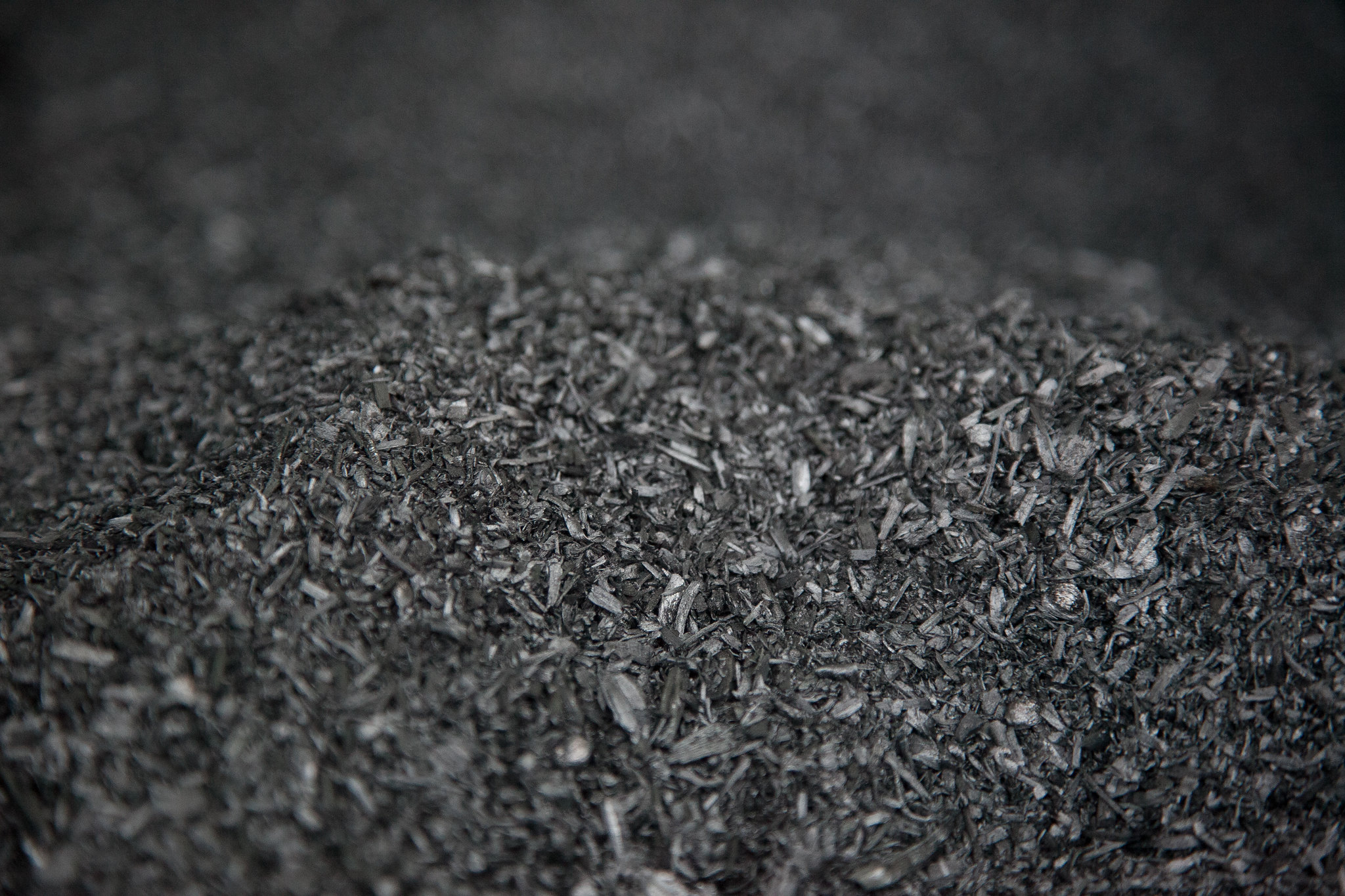 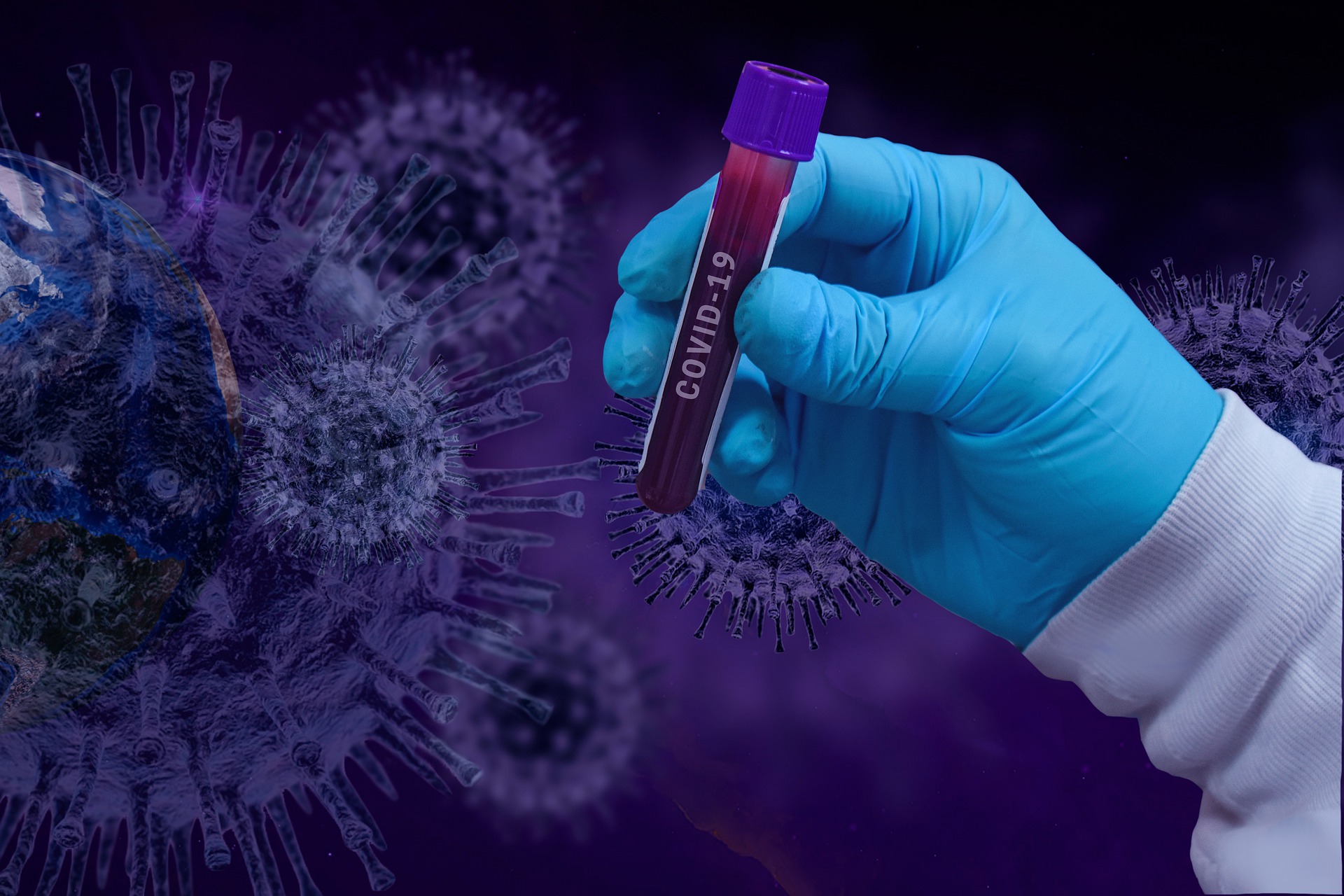 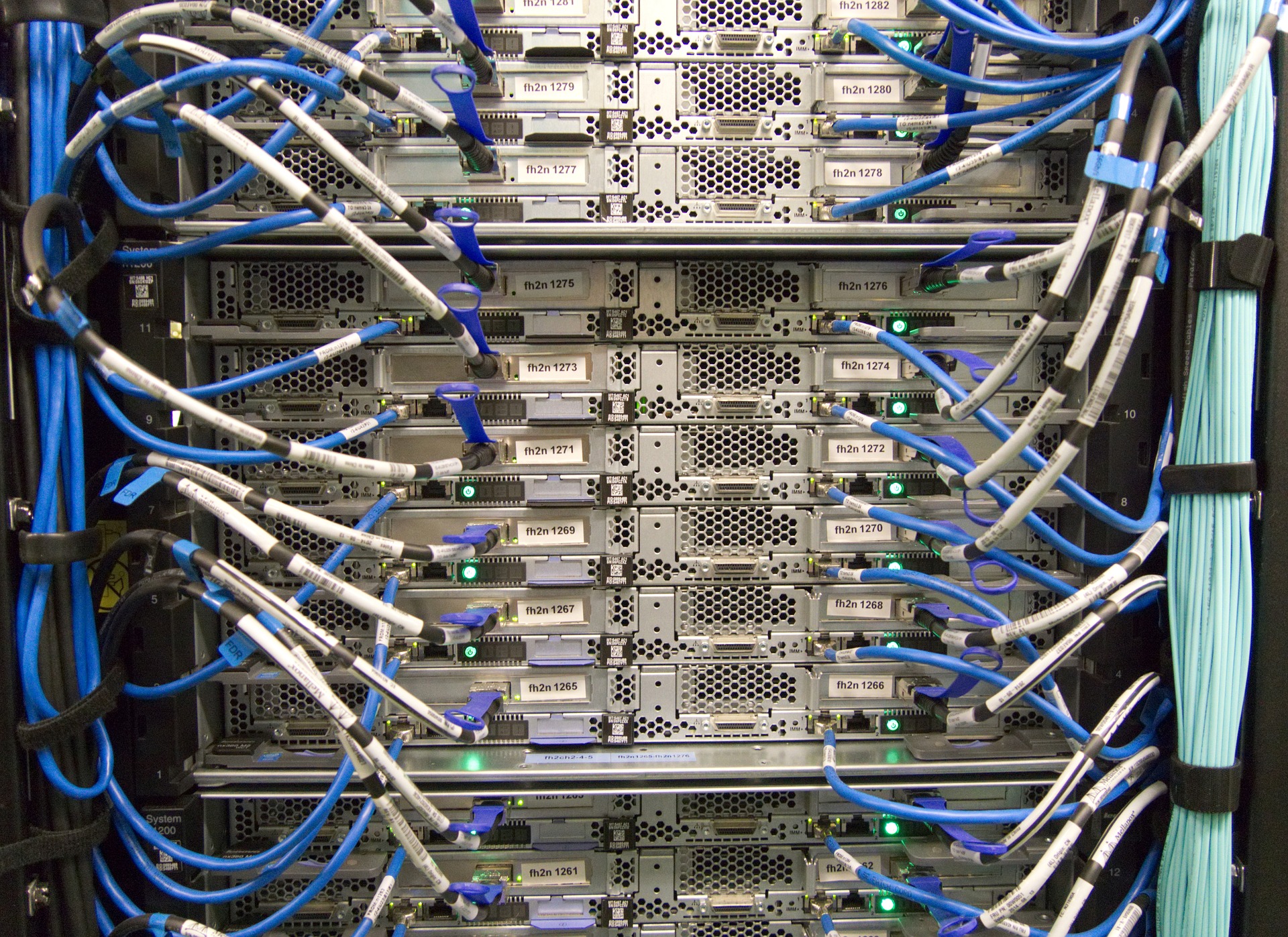 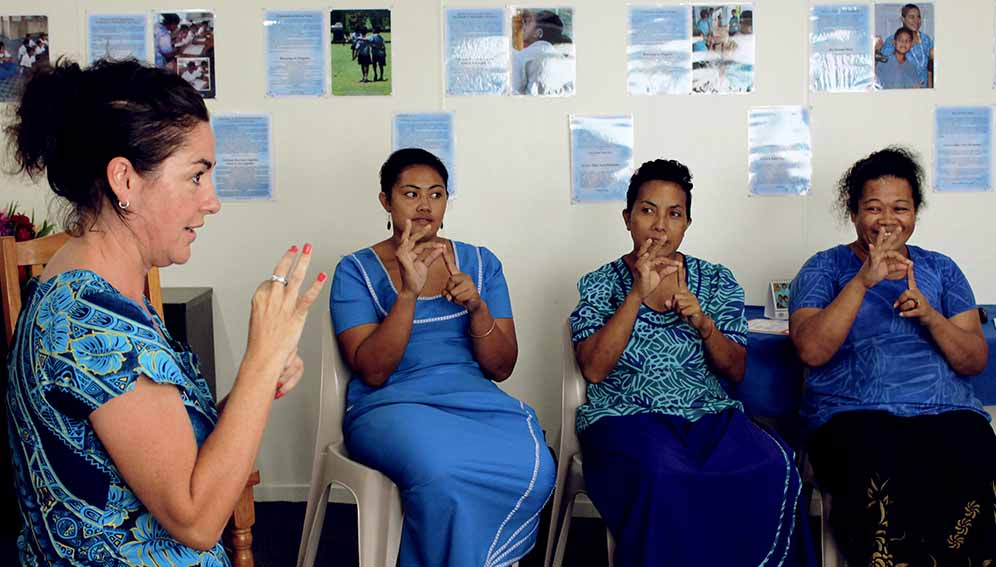 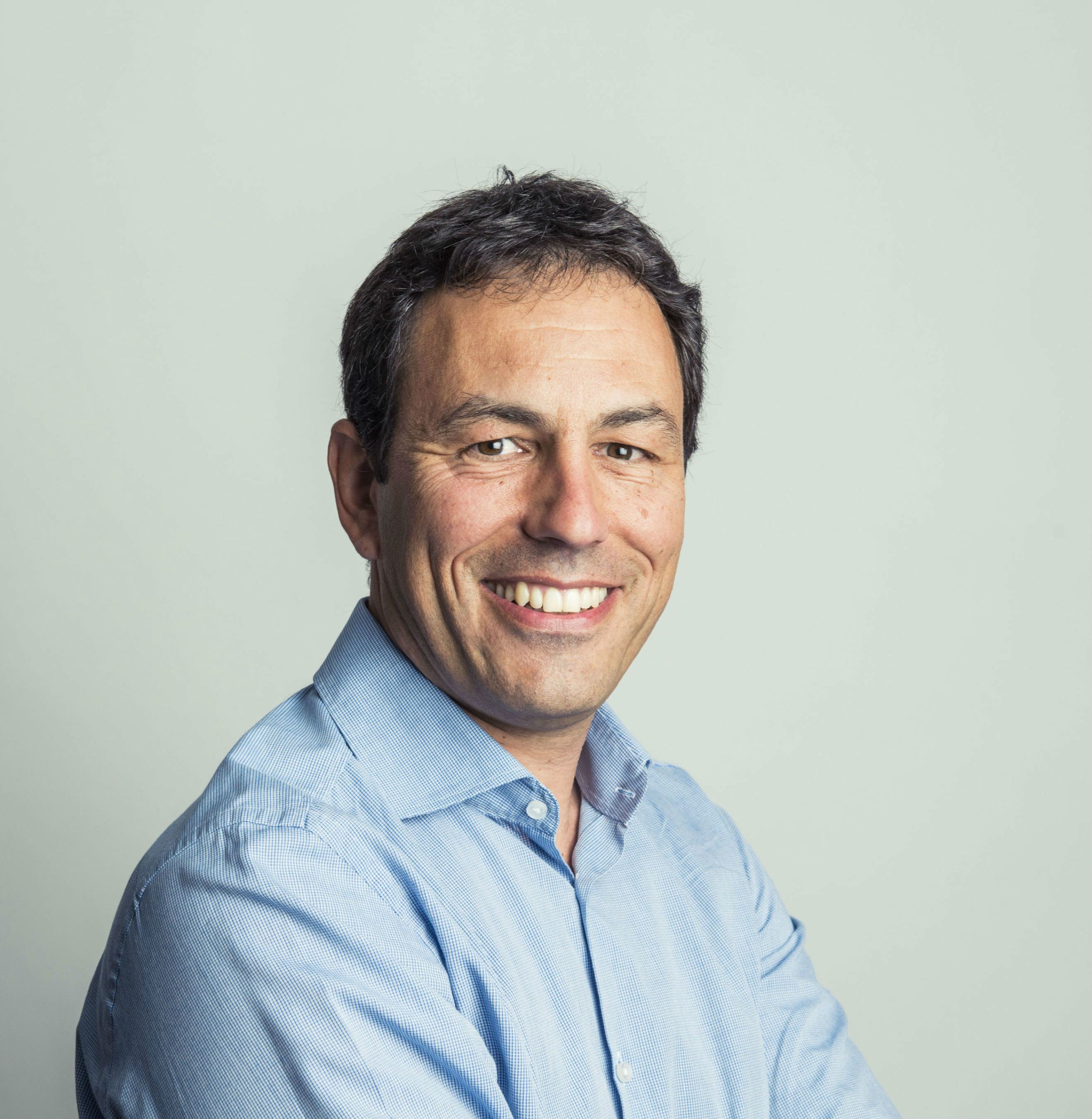 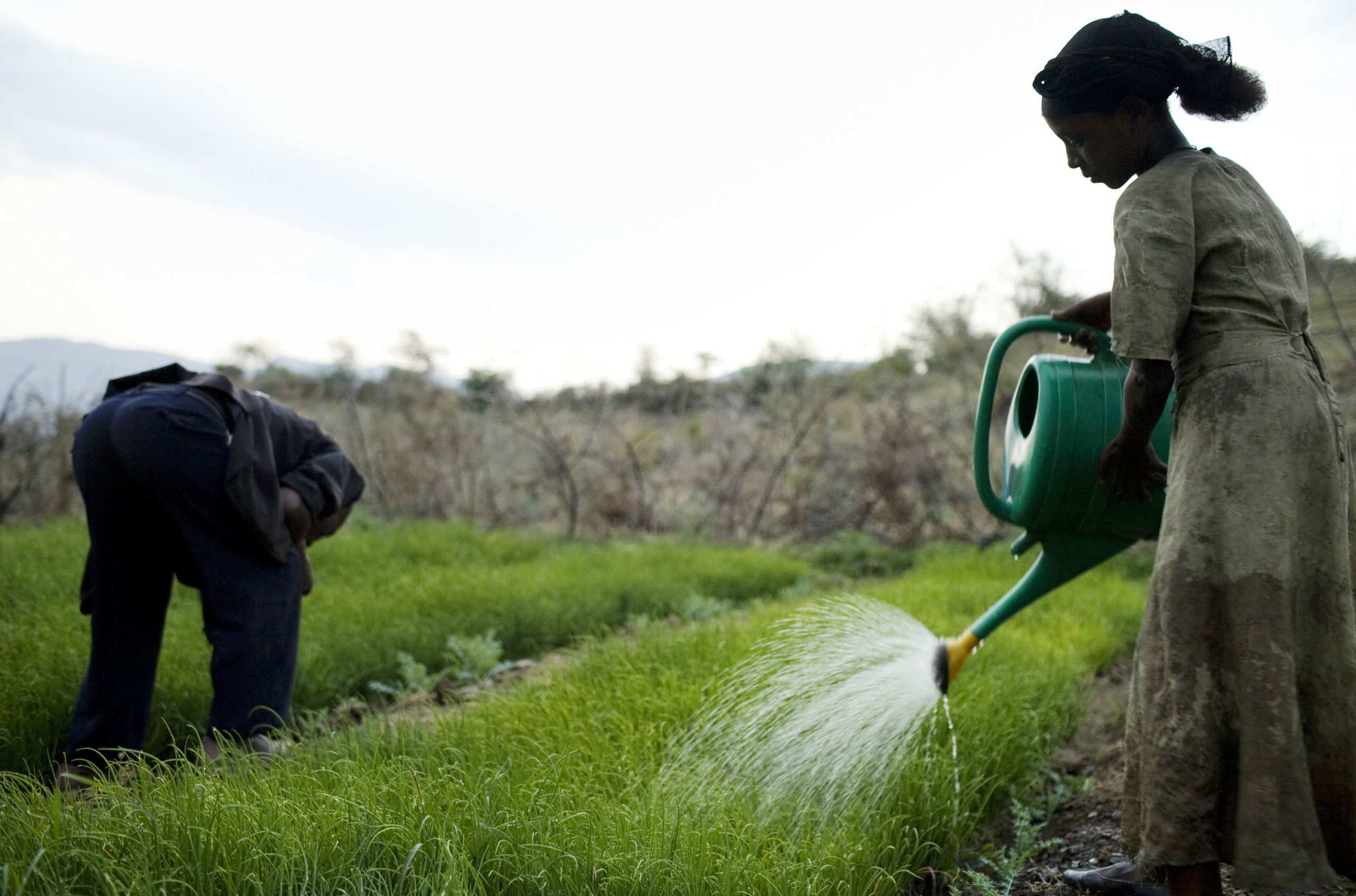 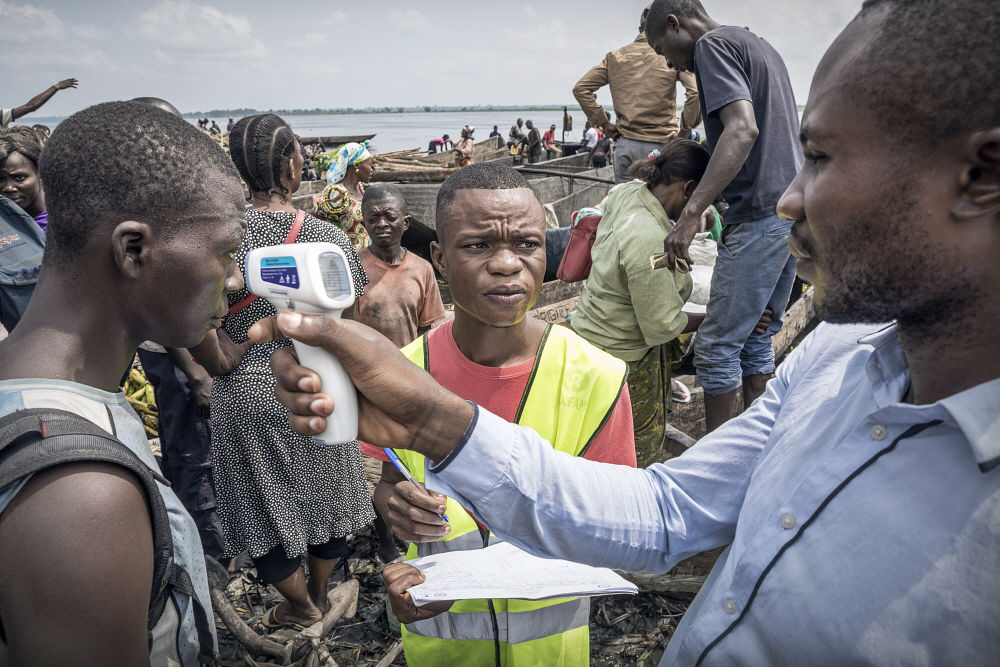 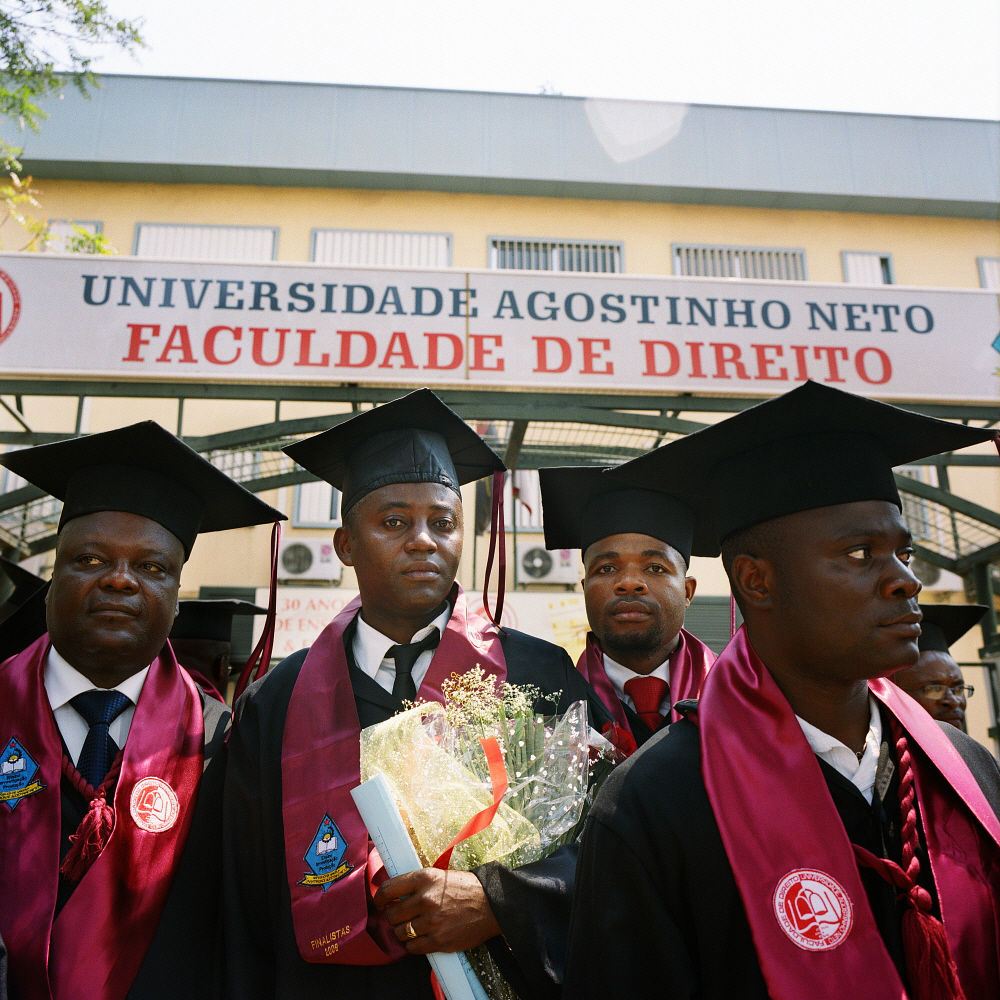 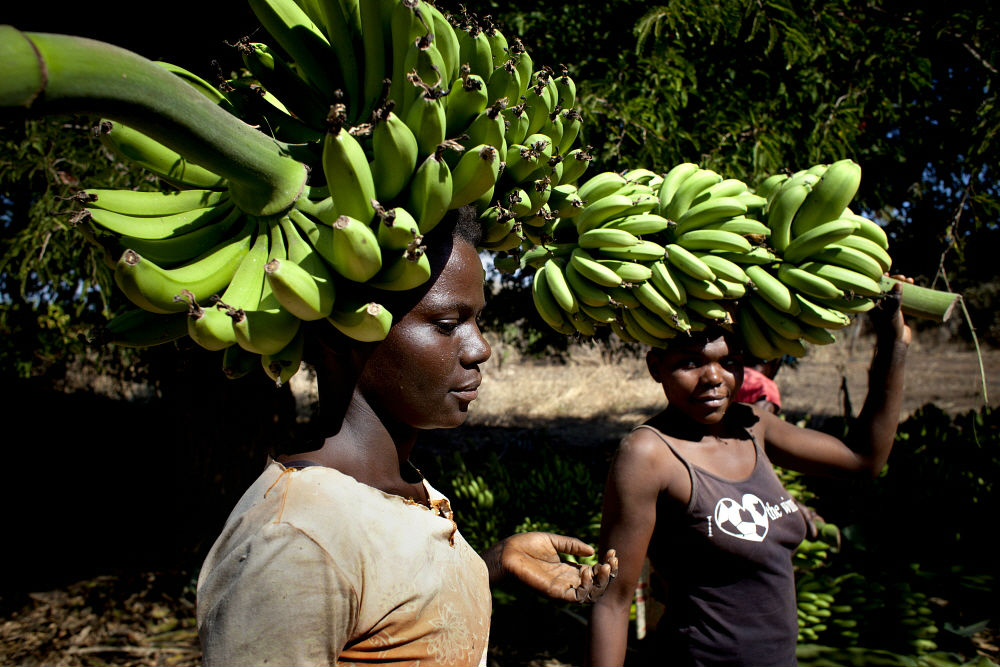 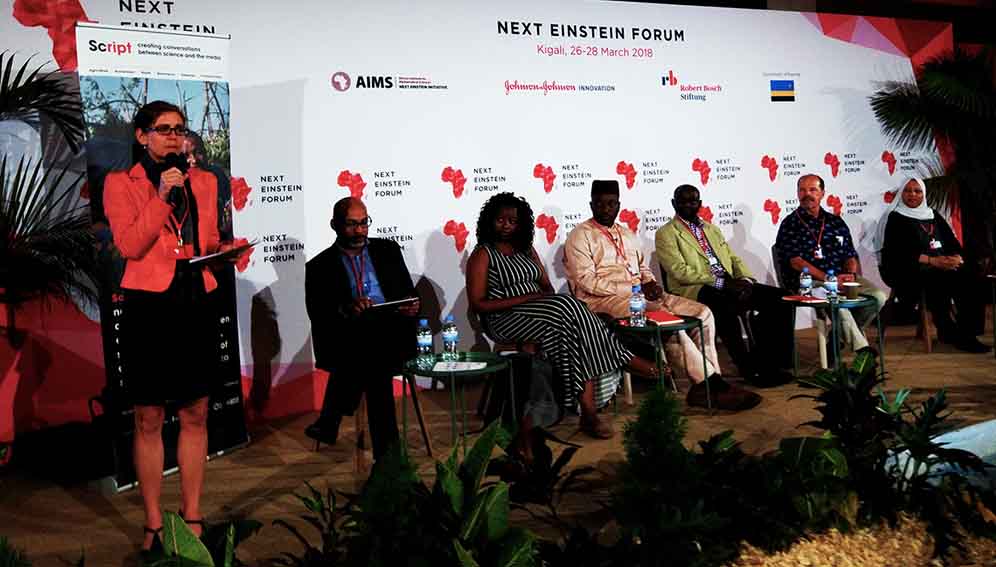 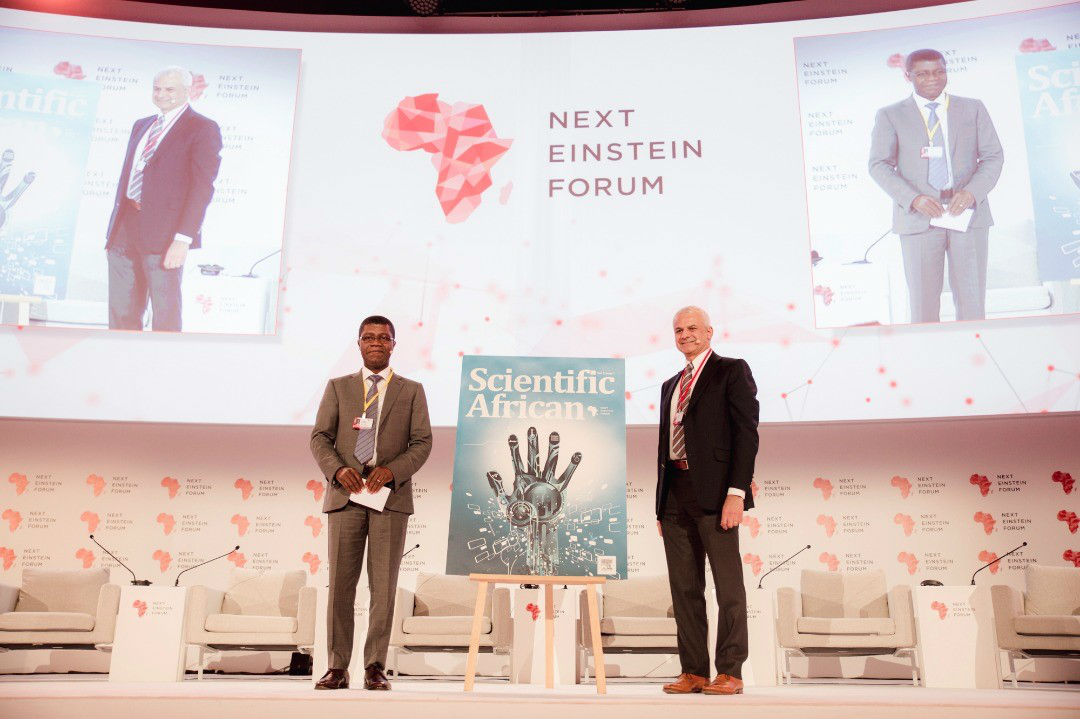