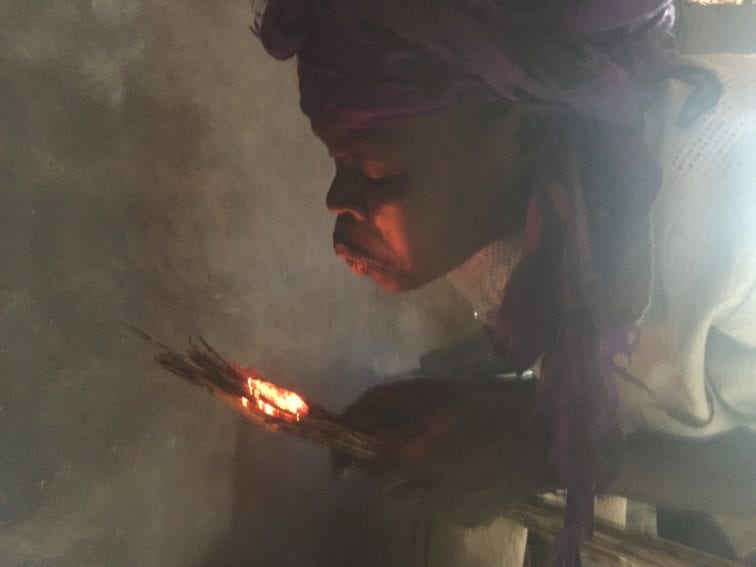 [NAIROBI] An aversion to cooking with gas based on human and animal excreta and other organic waste means many Sub-Saharan Africans are unnecessarily exposed to pollution from wood-based stoves, according to a report.

Heralded as a solution to the problem of wood-based pollution, naturally occurring microbes can break down organic material to produce so-called biogas which can be used for cooking and producing energy.

Through the Africa Biogas Partnership Programme that was founded in 2009, about 60,000 small-scale structures called biodigesters for converting waste from plants and animals into biogas have been constructed in Burkina Faso, Ethiopia, Kenya, Tanzania and Uganda, says a review published in the August issue of Current Opinion in Green and Sustainable Chemistry.

“Some communities believe that because biodigesters work with all kinds of wastes, it is improper to use it for cooking.”

Other African countries such as Botswana, Comoros, Côte d'Ivoire, Madagascar, Rwanda and Zimbabwe are piloting the use of biogas for generating energy.

But despite biogas from biodigesters being smokeless and reducing the negative health impact of fuelwood-induced household air pollution such as respiratory diseases, its adoption in Sub-Saharan Africa is very low, the review adds.

For instance, a study conducted in Kenya shows that among 1.2 million households that can own biogas technology, the success rate of biogas adoption was only 0.03 per cent.

“Use of human and animal excreta in biodigesters gathers little socio-cultural acceptance and is against the religious beliefs of some people,” explains Pravesh Raghoo, a co-author of the review and a graduate student researching energy and environmental policy at US-based Oregon State University.

“Some communities believe that because biodigesters work with all kinds of wastes, it is improper to use it for cooking.”

The perception that food tastes better when prepared with fuelwood than biogas stoves, low confidence in the technology, unappealing market incentives and poor regulations further add to the hurdles of biogas uptake, Raghoo explains, adding that increased awareness campaigns on biogas could boost its adoption.

The review calls for government interventions to increase the uptake of biogas in Sub-Saharan Africa.

According to Raghoo, policymakers can give interested people biodigesters to try, and introduce small loans, industry subsidies, and channel funds to improve access to biogas.

But Henry Mutembei, director, Wangari Maathai Institute for Peace and Environmental Studies, University of Nairobi in Kenya, recommends the use of biogas producers’ associations that can hand out small loans to people to want to try biogas.

Mutembei tells SciDev.Net that the review helps show how biogas could be adopted by more communities in Sub-Saharan Africa.

''People indeed have various choices and preferences when it comes to food preparation. For instance, the taste of Kenyan roasted meat known as nyama choma is attributed to flavours extracted from firewood or charcoal,” he says. “People gather around the fireplace in the villages. It is part of their culture. However, biogas does not bring that warmth and it is part of the adoption challenge.”

Mutembei explains that the main barrier to biogas adoption in Africa is lack of access to capital due to costs associated with constructing biogas plants.

“The government should support communities to propagate biogas use among communities, otherwise considerable adoption in Africa is not happening soon,” he says, adding that biogas adoption has to consider local perspectives.

Catherine Mwikali, a 30-year-old mother of two children, and a hotelier based in Westlands in the outskirts of Nairobi, Kenya, says that she prefers using biogas to charcoal or firewood because it is easier to use and has more advantages.

“There is no smoke. When I cook with charcoal, I get dirty, experience headaches and my body feels weak,” Mwikali says.

But cooking with charcoal has its advantages like when you want to roast nyama choma, charcoal or firewood is a more suitable fuel, she explains, echoing Mutembei’s concerns about the impact of local beliefs on biogas adoption.

Dinesh Surroop and others Waste to energy through biogas to improve energy security and to transform Africa's energy landscape (Current Opinion in Green and Sustainable Chemistry, August 2019)