Bulk of Himalayan glaciers could vanish by 2100 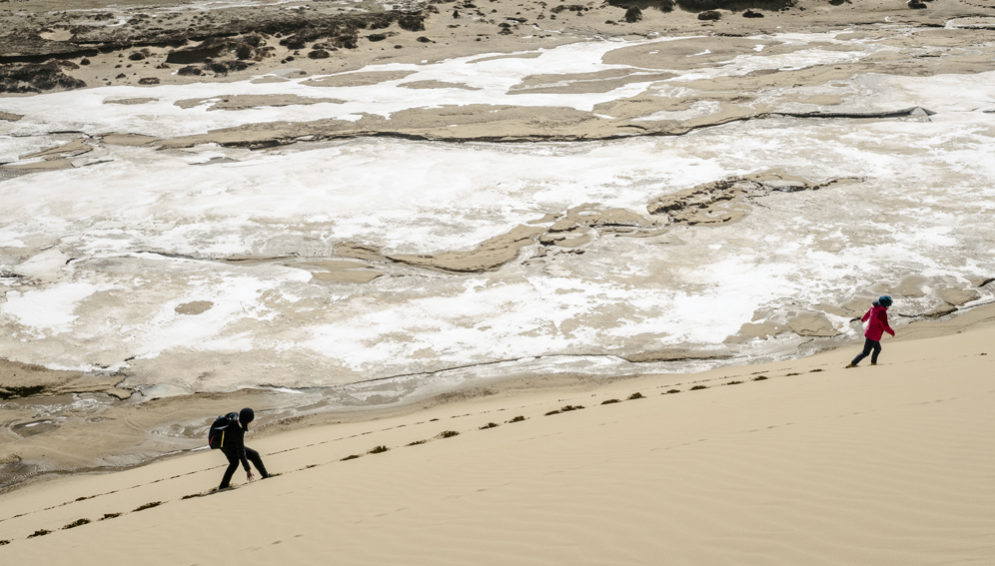 [ISLAMABAD] Rising temperatures will cause at least a third of the ice in the Himalayas to vanish by the end of the century, endangering the lives and livelihoods of nearly two billion people who are dependent on glacier-fed rivers for their water resources, says a new study.

The extended Himalayas, also known as the Hindu Kush Himalaya (HKH) area, includes several of the world’s highest mountains that are strung out over 3,600 kilometres across Afghanistan, Bangladesh, Bhutan, China, India, Myanmar, Nepal and Pakistan. Sometimes referred to as the ‘third pole’ after the Antarctic and Arctic circles, its glaciers feed 10 of the world’s most important rivers.

“This is the climate crisis you haven’t heard of. In the best of possible worlds, even though we get really ambitious [in tackling climate change], even then we will lose one-third of the glaciers and be in trouble.”

Launched this month (4 February) by scientists at the Kathmandu-based International Centre for Integrated Mountain Development (ICIMOD), the study said that a third of the glaciers will melt by 2100 even if the targets set by the 2015 Paris climate agreement to limit global warming are achieved.

According to the study, even if the world succeeds in limiting increase in global warming to 1.5 degrees Celsius, 36 per cent of the glaciers will completely melt by 2100. In a business-as-usual scenario where heat-trapping carbon emissions are left uncontrolled, the glacier loss could extend to two-thirds, exposing the black rock of the ice-covered mountains.

“This is the climate crisis you haven’t heard of,” says ICIMOD climate scientist Philippus Wester, who led the study. “In the best of possible worlds, even though we get really ambitious [in tackling climate change], even then we will lose one-third of the glaciers and be in trouble. That, for us, was the shocking finding.”

“Consequences for the people living in one of the world’s most fragile and disaster-prone mountain regions will range from worsened air pollution to an increase in extreme weather events,” says ICIMOD’s Eklabya Sharma, an author of the study and deputy director-general of ICIMOD. “But it’s the projected reductions in pre-monsoon river flows and changes in the monsoon that will hit hardest, throwing urban water systems and food and energy production off kilter.”

According to Sharma, the pace of warming in the Himalayas is significantly higher than the global average and the glacial melt happening faster than in the Arctic and Antarctic regions. “Our findings are that most of the Himalayan glaciers could disappear faster than those elsewhere in the world,” Sharma tells SciDev.Net.

The study’s projections say warming-induced glacial melts will spike dangerously, increasing river flows, between 2050 and 2060, exacerbating the risk of high-altitude glacial lakes overflowing and, consequently, flooding communities. But after the 2060s, river flows will substantially plunge.

Sharma says that hydropower generation — that meets much of the region’s electricity needs — will significantly go down after 2060. Declining flows will adversely affect farming communities across the region as well as the food needs of 1.5 billion people living downstream of 10 major rivers, including the Ganges, Yangtze, Tsang Po and the Indus.

Collaboration and cooperation among regional countries is key to coping with environmental and socio-economic challenges identified in the study. This is according to Krishna AchutaRao, glaciologist at the Centre for Atmospheric Sciences, Indian Institute of Technology–Delhi, and contributor to several IPCC assessment reports.

“Himalayan countries must engage more meaningfully in devising national and regional frameworks and policy-based adaptation and mitigation action for fair cooperation in view of their intimate upstream-downstream interconnectedness and dependence on water on glaciated areas,” AchutaRao tells SciDev.Net.