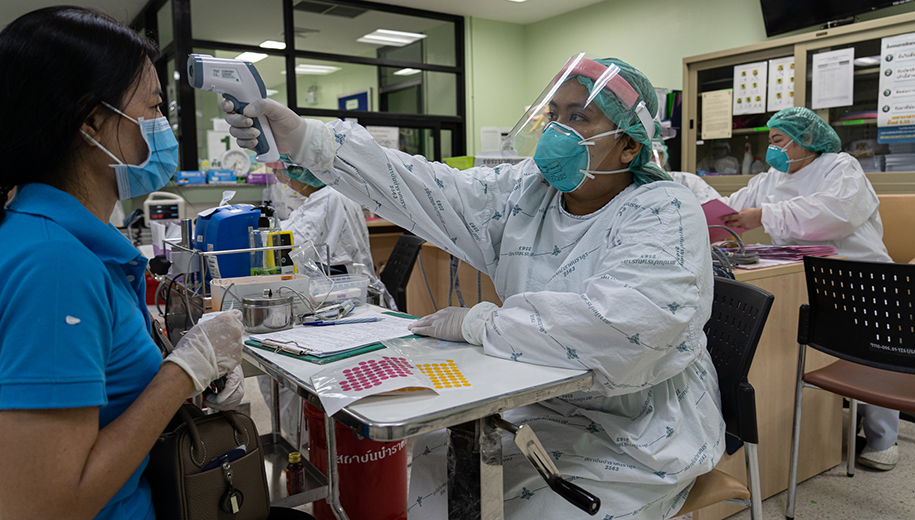 [NEW DELHI] The COVID-19 pandemic has exposed gaps and deficiencies in the health systems of the Asia Pacific region and highlighted the importance of universal health coverage (UHC), a virtual symposium heard.

Finance and health ministers who attended the 17 September symposium highlighted the ways in which UHC supported their response to the pandemic and called for further strengthening of health delivery systems.

“UHC means all people have access to quality health services where and when they need them, without suffering financial hardship,” WHO, which hosted the symposium, said in a statement. It includes “health promotion to prevention, treatment, rehabilitation and palliative care — and is best based on a strong primary health care system”.

The symposium was organised to “catalyse concrete actions” on the commitments adopted (to achieve UHC) during the G20 Summit in 2019.  In a Lancet editorial last year, it quoted then Japanese Prime Minister Shinzo Abe emphasising: “On health, the G20 Osaka Summit recognised that “global health… is essential as a basis for sustainable growth of the global economy” and noted “the importance of sustainable health financing towards UHC”.

Separately, at a  high-level UN meeting in 2019,  a political declaration was adopted whereby member states made a commitment to implement UHC by 2030.

At the symposium, it was noted that UHC could play a role in building resilience to shocks related to health and economy. The participants spoke about the possibility of economic recovery and investing in health as there was a strong interlinkage between health and economy.

“We have long known about the link between good health and the economy, but COVID-19 has exposed current weaknesses and gaps in our health systems,  making the task of reform even more urgent,” Takeshi Kasai, WHO Regional Director for the Western Pacific said in a statement.

“COVID-19 has laid bare the vulnerabilities of the health system including its poor resilience to continue the non-COVID services in the [low- and middle-income countries],” Syed Masud Ahmed, director at the Centre of Excellence for Health Systems and Universal Health Coverage, BRAC University, Dhaka, Bangladesh, tells SciDev.Net.

Asis Manna, vice-principal of the Infectious Diseases and Beliaghata General Hospital, Kolkata, India, says that during and after the pandemic, any move towards improvement of the health care facilities in the developing countries was welcome. “However, economic reality, appropriate prioritisation and people's participation [should] be the essence to reach out the best of this endeavour,” he tells SciDev.Net.

Samia Mubin, associate professor at the department of general surgery, Bangabandhu Sheikh Mujib Medical University, Dhaka, Bangladesh, says that in developing countries, emphasis needs to be given to primary health care. “An internationally accepted standard should be ensured in all the countries and even in the most remote areas," she tells SciDev.Net.