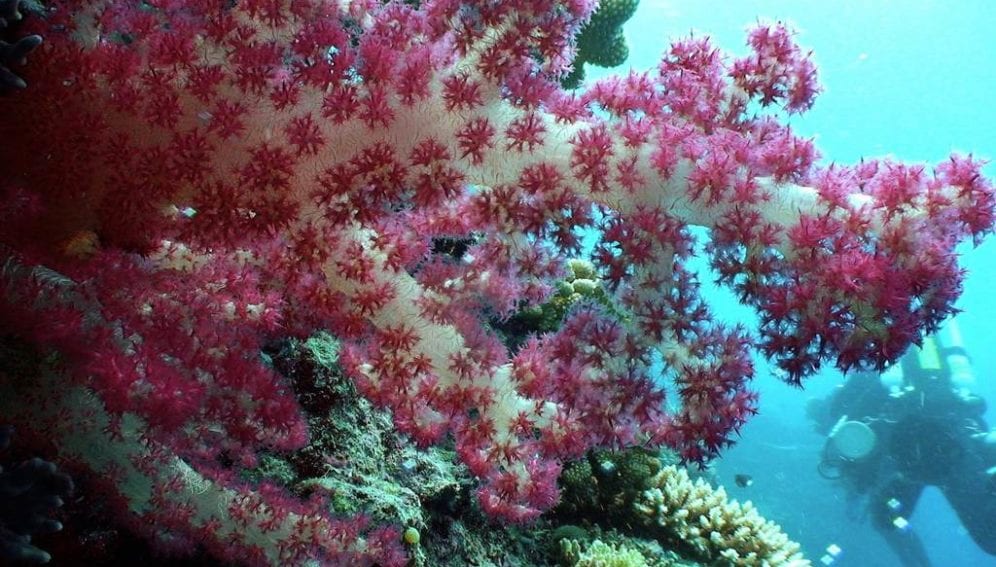 [SUVA] Scientists have found that corals near the north-western island state of Palau are able to thrive in highly acidic water.

Now experts are suggesting that the finding, published 16 January 2014 in the Geophysical Research Letters, could mean that other corals in other areas will be capable of adapting to climate change-mediated acidification.

“The question of potential genetic adaptation is a critical one. If Palau’s corals are genetically adapted to withstand ocean acidification, a result of changing ocean climate, it means that you could put these corals into any low pH environment and they could survive the low pH,” says Anne Cohen, associate scientist at Woods Hole Oceanographic Institution (WHOI), the largest independent oceanographic research institution in the United States.

But if these climate resilient corals are surviving in Palau because of other environmental factors which allow them to deal with the low pH, they may not survive low pH conditions outside of that unique environment.

The next step WHOI scientists are planning is to determine if the corals in Palau are genetically adapted to low pH or whether Palau provides a “perfect storm” of environmental conditions that allows these corals to survive the low pH.

“The hopeful message,” Cohen notes, “is that if Palau’s corals are genetically adapted to ocean acidification, it means that adaptation is also possible for other corals (in other areas).”

Cohen was part of the WHOI team of ocean researchers that conducted a field study along a transect that stretched from the open ocean, across the barrier reef, into the lagoon and bays and inlets around the Rock Islands of Palau.

Tolerance of acidification varies greatly between coral species, and the maximum level of acidification that corals in Palau can tolerate is unknown, according to the WHOI. But the coral communities in the Rock Islands are the first to be identified as being able to maintain high coral diversity and high coverage despite high levels of acidification that are not expected to occur in the tropical western Pacific open ocean until the end of the century.

The coral communities at the sites in the Rock Islands appear to have a higher coral diversity and coral cover on average than other coral reefs, says Kathryn Shamberger, a visiting investigator at  WHOI and a chemical oceanographer.

Steven Victor, senior marine scientist in Micronesia for The Nature Conservancy (TNC), an international environmental organisation, says the coral reef ecosystems of Palau and across Micronesia are critically important to people who depend on them for sources of food and medicine, tourism, and protection against coastal erosion.

“Ensuring effective management of Palau’s coral reef ecosystems, and those of other islands in Micronesia, is of paramount importance to ensure enduring and long-term social and economic benefits,” says Victor.

The TNC is currently assisting the Palau government in evaluating and reviewing resilient design options of Palau’s marine protected areas.

“These coral areas are much more prone to local human impacts because of their closeness to land. Even though coral communities in the Rock Islands are currently surviving levels of acidification, we do not know if they will be able to survive higher levels as ocean acidification continues into the future,” Cohen further notes.