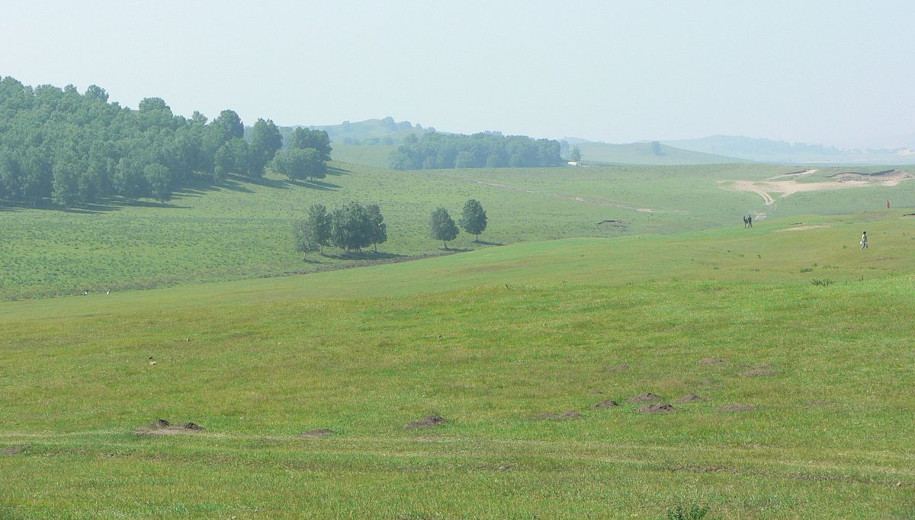 Grasslands, such as this one in Mongolia, are now transitioning from being carbon sinks to climate warmers. Copyright: 用心阁/Yongxinge, (CC BY-SA 3.0). This image has been cropped.

[NEW YORK] The world’s grasslands, known to have a cooling effect on climate, are now transitioning to net climate warmers as a result of increasing greenhouse gas emissions, says a new study.

While grasslands have, over the last century, also acted as carbon sinks, this is largely limited to areas that are not human-managed and are sparsely grazed, according to the study published 5 January in Nature Communications.  Emissions from grasslands have increased by a factor of 2.5 since 1750, and this is mainly attributable to grazing livestock, the study says.

Grassland extend to 26 per cent of the world’s land area and 70 per cent of the world’s farming areas. It contributes to the livelihoods of more than 800 million people. They are an important feed source for livestock and a habitat for wildlife, as well as providing environmental protection such as soil erosion mitigation, storage of carbon and water and conservation of plant genetic resources.

“Managed grasslands in Eastern and Southern China and India were large greenhouse gas sources for the past few decades due to the high livestock density, management intensification, and land-use change”

Jinfeng Chang, who led the study by the International Institute for Applied Systems Analysis, Vienna, and is now based at the Zhejiang University, China, says his team separated managed grassland — used for grazing livestock or mown for fodder — from sparsely-grazed, natural grassland.

“Non-CO2 emissions from wild grazers were also accounted for, given the fact they live on grasslands or depend on grasslands’ productivity as well,” says Chang.

However, little is known about how the fluctuations of these three greenhouse gases from managed and natural grasslands worldwide have contributed to climate change in the past and about the roles of managed pastures versus natural or very sparsely-grazed grasslands, Chang says.

“This model is one of the first to simulate the regional details of land use change and degradation from livestock overload,” says Chang. “The net carbon sink effect of grasslands worldwide (the ability of grasslands to absorb more carbon and pack it in the soil) was estimated to have intensified over the last century, but mainly over sparsely grazed and natural grasslands,” he says.

Over the last decade, he says, grasslands intensively managed by humans have become a net source of greenhouse gas emissions at levels similar to those of global croplands.

“According to our estimates, managed grasslands in Eastern and Southern China and India were large greenhouse gas sources for the past few decades due to the high livestock density, management intensification, and land-use change,” says Chang. “Sparsely-grazed land in Australia and the Qinghai-Tibetan plateau were estimated to act as a carbon sink in the past few decades from our estimates.”

The researchers say that the cooling services provided by sparsely-grazed or wild grasslands indicate that countries should assess the greenhouse gas budgets of their managed pastures (as specified in the reporting rules of the UN’s Framework Convention on Climate Change), as also their rangelands, steppes, tundra, and wild grasslands.

“Maintaining the cooling service of sparsely-grazed and natural grassland, and in the meantime avoiding further deforestation for pasture and sustainable management of pasture, will be important for meeting the Paris Agreement targets,” Chang says.

Philippe Ciais, a study co-author from the Laboratory for Sciences of Climate and Environment, Paris, believes that the key takeaway from the study is that wild grasslands can help fight climate change by storing carbon in soils. “Conservation of these grasslands is a win-win strategy to reduce climate change, while preserving diversity and other ecosystem services.”

Pep Canadell, executive director of the Global Carbon Project, tells SciDev.Net that the study “highlights the need to better manage the total numbers of livestock on grasslands and the fact that continued increase in livestock is unsustainable and not consistent with the Paris Agreement climate targets. It also shows that we need to better manage the use of chemical fertilisers and manure, which both are used in grasslands to increase productivity and lead to increased emissions of nitrous oxide”.

“We know that the world’s vegetation is a very important carbon sink, removing about 30 per cent of all carbon emissions from human activities” Canadell emphasises. “The research highlights the unsustainable ways of managing the global grasslands by using nitrogen fertilisers to improve their growth and focuses on the increasing numbers of cows, sheep and goats, all of which emit large amounts of the potent greenhouse gas, methane.”