The foundation is a public-private partnership that aims to boost incomes and food security for the rural poor in sub-Saharan Africa by promoting both classical plant breeding approaches and novel genetic modification approaches.

The AATF hopes in particular to overcome the high costs and restrictions imposed by intellectual property rights that act as barriers to African farmers’ adoption of new technology. It will do this by seeking to obtain royalty-free licenses from producers of agricultural technologies, and to adapt such technologies to African needs.

AATF was formed last year after consultations between Africa scientists and their counterparts in Europe and America. The foundation’s official opening follows the recent appointment of its first executive director Mpoko Bokanga, who assumed office this week. He joins AATF from the Regional Industrial Development Centre of the United Nations Industrial Development Organization (UNIDO) in Abuja, Nigeria.

“The African Agricultural Technology Foundation will work with you all, not to duplicate the good work that is being done, but to facilitate [new] partnerships and innovative linkages, and bring technologies that increase productivity within the reach of African farmers,” Bokanga told the launch audience.

Bokanga said the foundation’s top priorities included combating ‘witch weed’. The pest is estimated to cause US$7 billion of crop damage in Africa each year, depriving over one million of food, and reducing the income of many small-scale farmers.

The organisation is also working with the Mexico-based International Research Center for Maize and Wheat (CIMMYT), the Kenya Agricultural Research Institute and the Syngenta Foundation to introduce a variety of maize resistant to the stem borer — a major insect pest.

Other projects include enhancement of vitamin A in maize to counter nutritional problems of dietary vitamin deficiency and an initiative to increase cowpea productivity in sub-Saharan Africa. 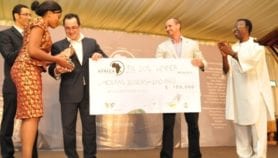 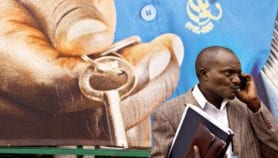 Secrecy among Kenyan firms may be impeding innovation

[ADDIS ABABA] Local software production and development can spur economic growth in Africa and other ...

Africa ‘needs to do more to boost innovation’