Cutting emissions without an economic slow-down

An international accountancy firm has outlined how to sustain the rapid economic growth of emerging economies without having serious effects on the climate.

"Our analysis suggests there are technologically feasible and relatively low-cost options for controlling carbon emissions," says John Hawksworth, head of macroeconomics at PriceWaterhouseCoopers.

Global gross domestic product "might be reduced by no more than around 2-3 per cent in 2050 if this strategy was followed," he adds, "equivalent to sacrificing only around a year of economic growth for the sake of reducing carbon emissions in 2050 by around 60 per cent."

Hawksworth estimates that a ‘business as usual’ scenario — where energy consumption continues to grow at current rates without any increase in energy efficiency and no change in the types of fuel used — will double global emissions of carbon dioxide by 2050.

The seven fastest growing emerging economies — Brazil, China, India, Indonesia, Mexico, Russia and Turkey (the ‘E7’) — could together account for almost half of these emissions.

But the ‘Green Growth Plus’ policy outlined in the report could stabilise carbon dioxide at levels many scientists say could reduce the risk of dangerous global warming.

Countries could achieve this by combining better energy efficiency with renewable energies, carbon taxes and capturing industrial carbon emissions and storing them in depleted oilfields.

Hawksworth estimates that increasing the use of renewable and nuclear energies to 30 per cent — twice their current share — would reduce carbon emissions by a quarter.

Nearly doubling energy efficiency would reduce emissions by one-third, while carbon capture and storage would reduce them by a further 20 per cent.

This week, the environment and energy ministers of the ‘G8’ group of eight leading global economies are meeting with their counterparts from Brazil, China, India, Mexico and South Africa. 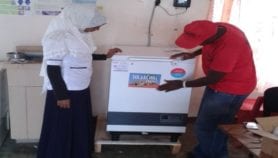 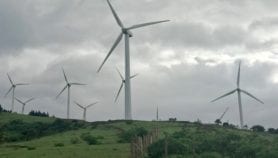