How to give a science flash talk 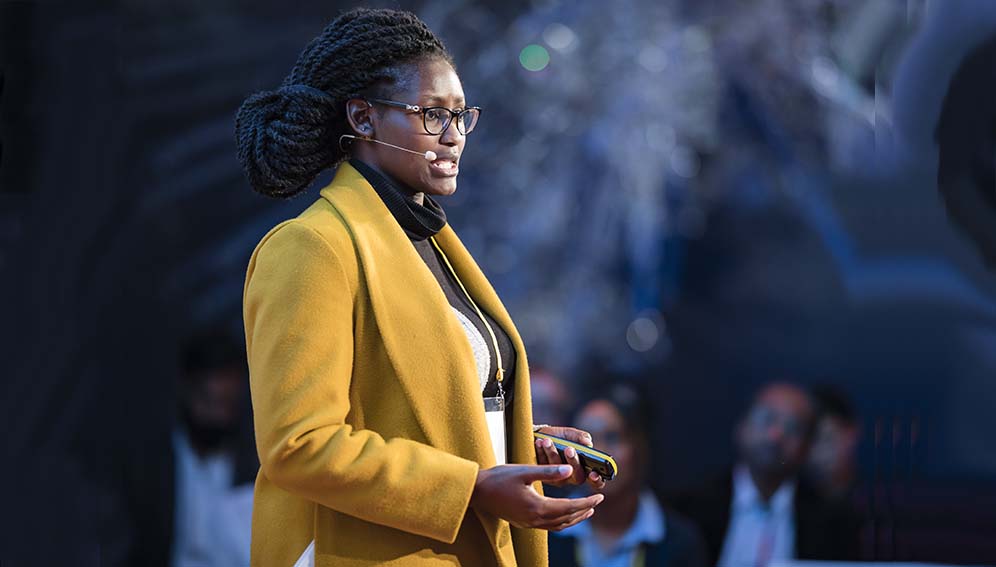 Communication is an essential component of research. Before conducting your research, perhaps you had to convince funders or your institution to support it. And even when you have completed your research, you have to communicate it to your peers and others not in your field. Your potential to attract additional support depends on many factors including your ability to persuade institutions or people to be interested in your research.

When persuading people to be interested in your research or to even fund or prioritise your research, you often have to do so in a very short time. One way to fulfil this goal is to participate in a science flash talk.

What is a science flash talk?

A science flash talk is a presentation of your research or idea in a short time to engage with audiences who may not necessarily be experts in your field. These audiences may include judges who will be evaluating your presentation or others who may just be listening to you to help them become aware of, or interested in, your research idea or concept.

In such contests or presentations, you become the driver to lead your audience to a destination where they will at least be interested in your research or idea. By convention, you usually will not be expected to use PowerPoint. However, in some talks or contests such as the Falling Walls Engage, you are expected to use very few slides.

In those five minutes your aim is to inspire the audience and help them to learn about the area of research that you are presenting.

Bonaventure Ikediashi, a doctoral student at the University of Lucerne in Switzerland, won the Science Flash Talk Award during the Geneva Health Forum held in Switzerland in 2018. In three minutes, Ikediashi, a Nigerian, convinced the global health audience about the need to address the knowledge deficit in parents of children with sickle disease in low- and middle-income countries.

Having worked at a global logistics company in Mauritius and Madagascar with activities including a vaccination campaign prior to his doctoral studies, Ikediashi capitalised on his global health experience to give an engaging science flash talk.

Stephanie Okeyo is a microbiologist and founder of Under The Microscope, an initiative in Kenya that provides a platform to empower early-career scientists like herself to solve community and world issues including climate change. Okeyo participated in the 2019 Falling Walls Engage as one of the 20 finalists who were selected globally to present their science engagement initiatives.

“Because of the short time, it taught me how to filter unnecessary information,” she says. “I learned to be okay with moving out of ‘my script’ as I stuck to the core points.”

But beyond having experience in global health, as in the case of Ikediashi, and filtering unnecessary information, as pointed out by Okeyo, there are several strategies to help you give an effective science flash talk.

Pascal Heymann, pitch and presentation trainer at BerlinSpeaking.com who coached the 2019 Falling Walls Engage finalists, says that knowing one’s audience is key to delivering an effective science flash talk. He explains: “I advise any expert to ask themselves two questions before creating a pitch: First, how much does my audience already know about this topic? Second, how does my field of research relate to the audience’s everyday experience?”

“As an expert, you are closer to your topic than anyone else. You know the intricacies, the connections, the challenges and the breakthroughs,” he adds. “However, your audience does not. Your audience for all intents and purposes knows little to nothing about your field of research. And that’s fine. That’s why you’re pitching it to them. But it’s vital to keep this in mind when creating your pitch.”

Indeed, knowing the backgrounds of the audience can also help one to relate to them. For example at a health conference it is common to have audiences with health backgrounds. However, in some contests such as Falling Walls Engage, the audience may have diverse backgrounds: from anthropology to zoology. The overriding point is to ensure that your audience will not be lost.

You have to be sensitive to the culture of your audience too. For example, in parts of Africa, it is common to say “too many rats cannot dig a hole” to imply that it can be messy to have various people doing the same thing in an uncoordinated manner. But this proverb may offend audiences in Arab cultures where the use of rats in reference to people is derogatory.

Top ten tips for an enaging and interesting flash talk

How you begin your science flash talk can determine the extent to which your audience move along with you or decide not to pay attention. “I imagine we all have an idea of pain. So if you had a muscle pull, or maybe childbirth, menstrual cramps…” began Ikediashi. “Now imagine having pain with an intensity that is probably 50 times worse. Terrible, isn’t it?” With this introduction, Ikediashi captivated the attention of the audience. Beginning with statements such as “The title of my talk is …” is unlikely to be as interesting. Equally important as the start of your talk, is how you end it, which can leave a lasting impression on the audience. Thus, you should practise your opening and ending lines well. Okeyo ended her talk with the statement, “Try in your various ways to see how we are going to burst this bubble of ‘climate change is not real’.”  Such a call for action can be effective. To start and end well, you will need to practise.

Make your talk relevant and relatable to the audience

You should try to make your story of human interest even if your talk is about abstract concepts. Okeyo asked, “What puzzles me as a scientist is how is it that the most intelligent specie is destroying its own home?” The expectation is that an intelligent people should not be destroying their environment, and this helps create intrigue amongst the audience.

Ikediashi used pain, something everyone can relate to, as an example. The two presenters made the audience relate to their topics.

Indeed, presenting a story that makes the audience appear as though they are touching, feeling, hearing or smelling something can help them appreciate your talk and become interested in it.

Let your character(s) in your story come alive

Giving a science flash talk is like telling a story. Have you ever read a story that appeared as though the characters jumped out of the book to interact with you?  For example, the spider (called Ananse in Akan language of Ghana) is one of the most important characters of West African folklore. How this tiny creature is assumed to be the master of all knowledge is indeed a mystery. And as I listened to Ananse stories as a child in rural Ghana, it looked as if Ananse was directly interacting with me. You can employ this element of character in your science flash talk.

The main character in Ikediashi’s science flash talk is someone with sickle cell disease. Can you guess the main character of Okeyo’s talk? The answer is humans causing climate change. One way of making your characters stand out is to present your research as a crisis or dilemma that needs a solution.

Don’t be a statue but avoid dancing

While on the stage, all attention is on you. Use the stage well. To engage your audience effectively, you will have to move around the stage. But ensure that you don’t dance on the stage. Your time is short but resist the temptation to feel hurried or pressured.

If you are naturally shy, don’t display your shyness on the stage by remaining at one corner as if you are a statue. And if you’re naturally outgoing beware of unnecessary body movements as you talk.

Nonverbal communication including how we express our feelings as we talk is an important part of giving a science flash talk. If your talk has elements of surprise, let your audience see it from your face. “Have some eye contact with your audience,” Okeyo adds.

Avoid things that compete with your message

You are the centre of attraction but your message or story is even more important. Ensure that your dress and mannerisms don’t compete with your message. For example, in our everyday talk, repetitive words such as “uhm”, “like”, “you know” or “so” may be common. Not only are such words distracting but they also consume some of the limited time available for the talk. Consider recording your practice sessions or having friends or relatives act as an audience during your practice sessions to identify these habits. Other things to avoid include fiddling with an object in your hand or rocking nervously on your feet.

In Africa, we sometimes believe that those who use big words in their talks are more knowledgeable in their field. And so people will say “purchase” instead of “buy”, “approximately” instead of “about” or “elucidate” instead “make clear”. Sometimes, researchers also forget that they are not speaking with their peers and thus they may introduce technical terms and abbreviations or acronyms that the audience may not be familiar with. These may create “speed bumps” for the audience, impeding their understanding.

“The best way … is to speak to lay people and have them drill you with questions until they understand what you do,” explains Heymann.

Use your voice effectively

Your voice is yours so don’t hide behind the microphone while on stage. Use it effectively. Speak with an energetic voice but also ensure that you are not shouting.

As you practise your flash talk, learn how to modify aspects of your speech including pitch (low or high), pace (slow or fast) and volume (soft or loud). Use these effectively to ensure that your delivery is not monotonous.

If you have to use a prop, do so effectively

A prop can be any physical object relevant to your talk that you show to your audience. Okeyo used a balloon as prop to represent a climate change bubble. When using props, ensure that they can be seen by the audience and that they are meaningful to your talk. And to help create suspense, don’t reveal the prop early to your audience. Okeyo had someone bring the prop to the stage just when she was ready to burst it, thus helping create a suspense. If she had held the balloon earlier in the presentation, it would have been a distraction.

Sometimes, things don’t go as planned. But remember that the audience doesn’t know how you planned to present, so may well not notice. If something does go contrary to your plans, move on and don’t panic.

Tying it all together