Is big data a silver bullet for development? 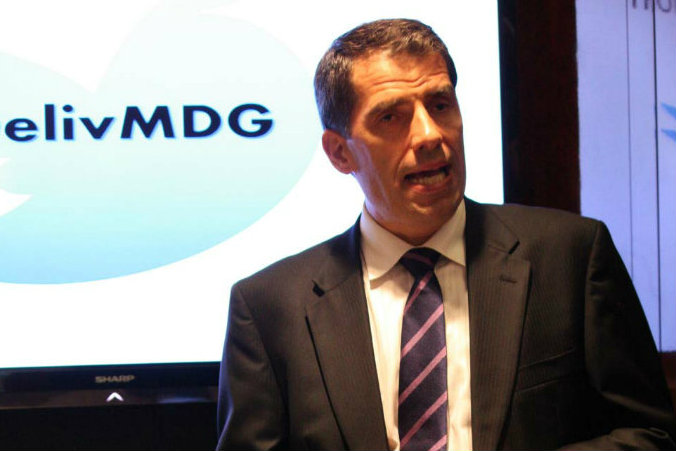 [NEW YORK CITY] I’m at a three-day workshop on data and accountability for the post-2015 development agenda, hosted by the UN Development Programme (UNDP). I’m joined by a sizeable contingent of statisticians as well as representatives from governments, parliaments, international organisations, NGOs, the private sector and academia.

The workshop has been organised in response to a call from the UN secretary-general’s post-2015 High-Level Panel for “more evidence-based development policy-making and implementation, better availability of quality data and statistics and strengthened accountability of development stakeholders”.

In short, we’re here to discuss the complex and demanding task of scaling up the measurement of development indicators while building on the lessons learnt from the soon-to-be-replaced Millennium Development Goals.

From day one, I have been introduced to two concepts, that of ‘development data’ and the rather enigmatic concept of ‘data revolution’.

“Data is not a silver bullet,” warned Olav Kjorven, special advisor to the UNDP administrator on the post-2015 development agenda. “The data revolution is ultimately a political issue — not just a technical issue.”

To stress that global partnership is the order of the day, he added: “Nobody will emerge a hero of the data revolution by going it alone”.

“The data revolution is ultimately a political issue — not just a technical issue.”

The idea of a data revolution really seems to have caught people’s imaginations here.

The implied non-violent overturning of the existing order by empowering citizens on a global scale, certainly will hold an attraction to many. One speaker even suggested that the Che Guevara figure of this revolution could be Edward Snowden, the former US National Security Agency contractor, who leaked documents about the US government’s electronic spying programme. The issues of privacy, responsibility and accountability have loomed large in all the conversations.

The discussion here has been lively, rich in ideas and with a fine sprinkling of metaphors.

Data is crucial to development, we heard, because it provides a movie rather than a snapshot of what’s happening on the ground. I liked that, but immediately thought that movies are not reality, rather they create an illusion of reality. Is this something to be concerned about?

A PowerPoint slide of a gushing oil well introduced another metaphor. “Data is the oil of the twenty-first century” — it fuels and lubricates society, it needs refining and, to this end, it needs data scientists.

But this implied shift away from citizen power to specialist power was dismissed by Roberto Bissio of Social Watch, an NGO based in Uruguay, who suggested that a better metaphor would be a thermometer. Luckily an explanation followed: the economic value of a thermometer is negligible but its importance is enormous. It provides an early warning of something being wrong and requires frequent checking. What we need, said Bissio, is a data revolution that would be as cheap and available to the people as a thermometer.

While these lovely metaphors provide a flavour of what’s been discussed here, I would like to end on a sobering note from Macharia Kamau, permanent representative of Kenya to the UN and co-chair of the UN working group on Sustainable Development Goals, who gave the keynote address.

“We’re in a great space here,” he said, “but things are urgent”.

“Whatever happens, don’t think that the downtrodden are going to stick around and wait. With technology and the internet, people are no longer patient.”