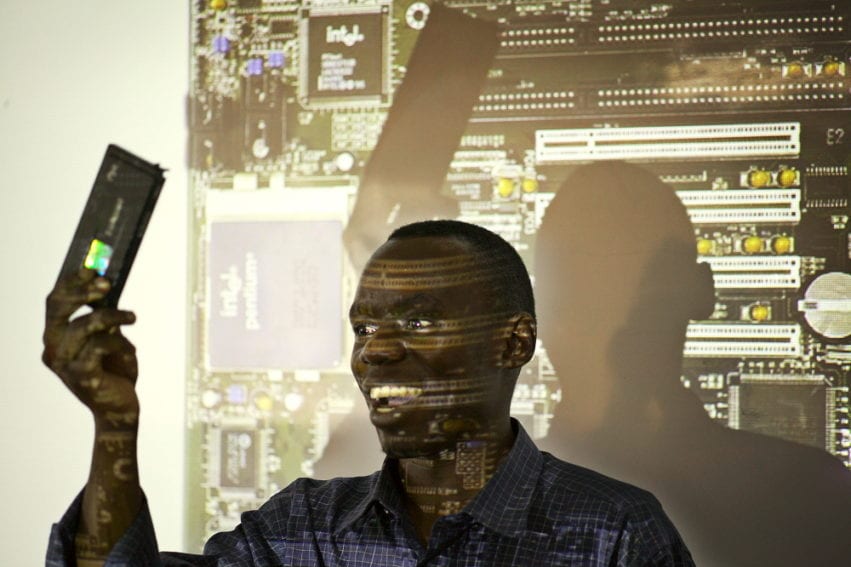 Funding for a project to deliver voice-based technologies that enable illiterate people in rural Africa to access the web — even those without an Internet connection or a computer — is ending this month, and a drive is on to ensure that the technologies will be freely available after it finishes.

The project's 13 partners aim to support remote communities by creating spoken web content accessed through mobile phones or radio. Pilot services were built in collaboration with farmers, radio journalists and local ICT entrepreneurs, and the partners want to ensure that enough business is generated to maintain uptake of the services beyond the project's life.

The partners will also publish open-source software to enable other developers to put together similar services and technologies, says Mary Allen Ballo, executive secretary of Sahel Eco, a development NGO involved in the project.

A number of pilot systems were developed as part of the US$4 million project called VOICES (VOIce-based Community-cEntric mobile Services) that was launched in 2011. It is managed by the World Wide Web Foundation, which works to ensure universal web access, in partnership with NGOs, universities and telecommunications companies.

The VOICES project has done several pilots in two key sectors: ones to do with health in Senegal and agriculture-based schemes in Mali. The ones in Mali were implemented — and will continue — in Burkina Faso and Ghana.

Several voice-based services, including a virtual farmers' market, a voice-based messaging system and a citizen journalism platform have been launched, allowing illiterate people in Africa to access information and to run businesses.

Online without a connection

The free, open-source voice-based technologies could be deployed to bridge the digital gap anywhere, the team says.

They are based on VoiceXML, a web standard for building voice applications, says Stéphane Boyera, lead programmer manager at the World Wide Web Foundation.

Unlike the standard setup in which text is used to input information that is then displayed on a computer screen, the new system uses speech or a mobile phone keypad as the input, and audio played on mobile phones or radio as the output, according to Boyera.

This means that it opens opportunities for people who are illiterate or lack an Internet connection.

One example, Radio Marché — Market Radio — is a trading system that helps farmers in Mali find buyers for products such as shea nuts, honey and tamarind by turning market information sent via phone into a computer-generated voice message that is broadcast on the local community radio.

"We use existing channels — mobile phones and radio — as interfaces to the web and allow people to create content in their local languages," says Anna Bon, senior information and communications technology advisor at the VU University Amsterdam, the Netherlands, one of the project partners.

Another tool, called Tabale after an ancient drum used to announce events, allows NGOs in Mali to send group voice messages in different local languages about upcoming events to people with access to a basic mobile phone. Recipients can then reply by leaving voice messages and confirm whether they will be coming along.

Last year, VOICES researchers created a tool for citizen journalism called Foroba Blon, which enabled people in Ghana and Kenya to add content to news organisation Al Jazeera's website by submitting oral reports about any disruptions during the countries' elections.

The system allowed people to simply call and talk in their local languages without logging in to the website. Then their audio messages were uploaded to the site for others to listen to.

Although the European Union's funding for VOICES — and the official project itself — ends later this month, Sahel Eco, the World Wide Web Foundation and VU University Amsterdam will continue to collaborate on this work, says Mary Allen.

After the project ends, Anna Bon adds, the remaining partners will ensure that anyone can download the relevant software or learn from them about how to use these technologies to create their own business or deliver voice-based web services.

She also raises the possibility of Radio Marché being used in other villages, markets and even countries.

"Many people have expressed an interest in such a voice-based trading system, so it is likely that local businesses will emerge that will take these kinds of services to a larger scale," she says.