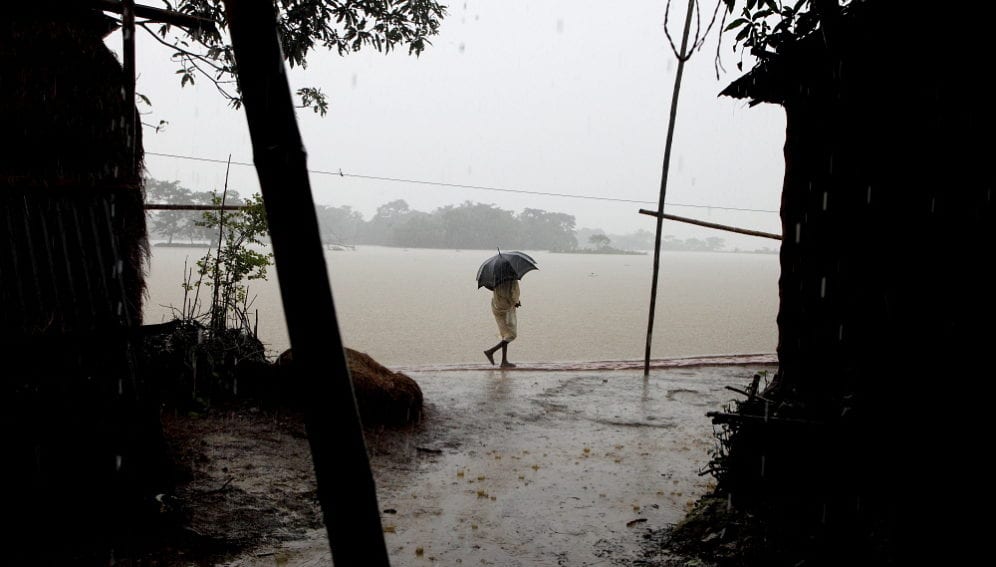 Bricks made from soft plastic waste that can each withstand six tonnes of pressure and relentless rain could replace the clay bricks currently used to build rural homes in monsoon-prone countries such as India.

Clay is susceptible to rain, and many homes in India can be badly damaged during the monsoon season, as clay bricks are washed away.

But the new waste-made material, which is both strong and lightweight could solve this problem, says Lise Fuglsang Vestergaard, who developed the idea for the bricks during her design master’s at the Technical University of Denmark (DTU).

Earlier this month, as a winner of a DTU student competition called the Green Challenge, she was handed 15,000 Danish krone (around US$2,500) that will help her develop her concept.

Vestergaard got the idea while spending three months in 2013 as part of her studies developing a waste collection system in the east Indian town of Joygopalpur, West Bengal.

Back home, she experimented by melting plastic — including foil-covered snack bags, a huge part of India’s domestic waste — into moulds in an ordinary oven.

This resulted in prototypes that remained strong despite containing up to 60 per cent snack bags.

But as electricity is limited in places such as Joygopalpur, Vestergaard has come up with a way to melt plastic using a solar-powered grill. She plans to do more testing on her next trip to India.

However, not everyone in poor areas of India understands the importance of recycling, says Vestergaard. “They are used to waste such as banana skins that disappears.”

According to Waste Warriors, an NGO that seeks to clean up India, many people in the country suffer from pollution-induced diseases that are the result of waste. “India has a very serious garbage problem that could be managed with a bit of effort, [but] it needs to stop being at the bottom of everyone’s agenda,” says Jodie Underhill, Waste Warriors’ co-founder.

One way forward could be to offer cash for collecting refuse and delivering it to recycling stations, says Sashi Sivramkrishna, an economist at the Narsee Monjee Institute for Management Studies, India. “We get a decent price selling old newspapers. So why not for plastic waste and even organic waste if it can be put to use?” he adds.

Although the plastic bricks idea seems “fantastic”, says Sivramkrishna, it should be aimed at more than just low-income communities. “If plastic bricks are targeted at the poor, [the project] will definitely fail because the poor want a concrete house just like everyone else in India,” he says.

Vestergaard says her brick material may also have other applications, such as for building roads.

India is not the first country to put its waste to good use. Algerian and Malaysian researchers, for example, have developed bricks from waste materials and sand.

Video by Vestergaard on the plastic brick project