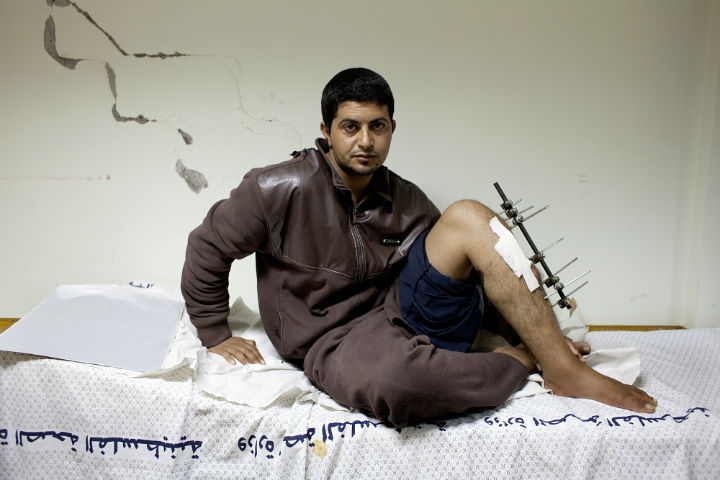 [NEW DELHI] Inspired by insect wings that kill bacteria on contact, Indian researchers have developed a method to treat the surface of titanium orthopaedic implants at nano-scales so that they resist bacterial infection — a complication that often develops following surgery.

Orthopaedic implants like hip joints, knee joints, plates and screws can be treated to resist bacteria without the use of antibiotics, says a paper published online in Scientific Reports (23 January).

The researchers from the Indian Institute of Science (IISc), Bangalore used chlorine to drill ultra-small holes into the surface of titanium to produce ‘nanopillars’ that mechanically stretch and rupture bacterial membranes. This is similar to the way bacteria are killed by the surface structure of the wings of the insect cicada.

The chlorine-based ‘reactive ion’ etching process to create nanopillars causes the normally shiny surface of the titanium to turn black. This black titanium while being bactericidal does not compromise eukaryotic cell attachment which is important for the integration of the implant with bones and tissues. The method shows promise in engineering next-generation biomaterials for orthopaedic implants, according to the study.

“The next step is to test the performance of the new surfaces on living animals,” says Kaushik Chatterjee, assistant professor at IISc and study leader. Chatterjee is already interacting with orthopaedic surgeons “to explore possible strategies for eventual clinical use”.

Jafar Hasan, a member of the IISc research team, says the method could also work for dental implants and cardiovascular stents, though such applications “remain untested”.

“Additionally, the emergence of bugs that are resistant to antibiotics calls for novel approaches to deal with the problem,” says Nagarjuna. “The entire concept of rendering a specific surface bactericidal, by altering the surface architecture rather than depending on antibiotics, is exciting.”

“The current practice for treating implant-related infection is aggressive debridement, hardware removal and extended antibiotic treatment. However, these are expensive and often result in further complications. If taken to a clinical level, this [the current research] would prove to be useful in reducing infection at implant sites,” says Nagarjuna.