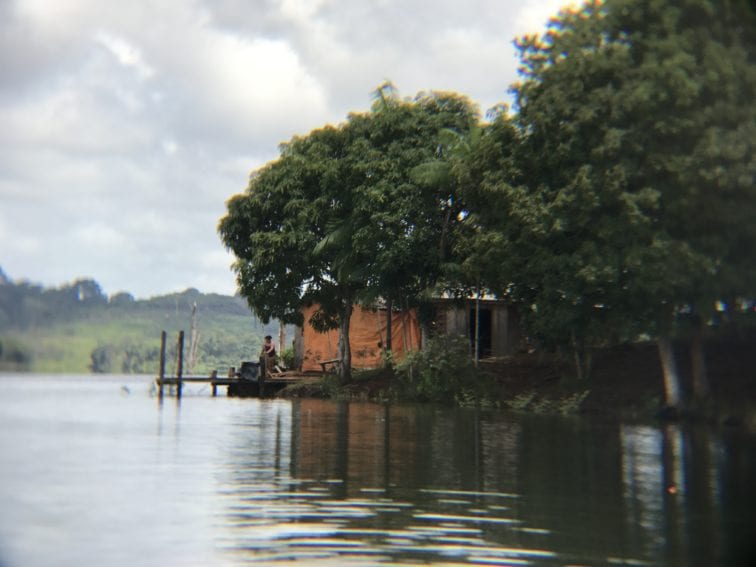 [SÃO PAULO] Constructing dams in the Brazilian Amazon could increase local residents’ exposure to unsafe mercury levels, warn researchers who analysed hair samples from 37 people living near Tucuruí, one of the largest dams ever built in Brazil.

The mercury concentrations they measured were 20 times higher than those considered safe by the World Health Organisation (WHO) for more than half (57 per cent) of the individuals evaluated in the study.

About 80 per cent of the mercury detected was in its organic form, the most toxic form of the metal. Organic mercury (or methylmercury) can cross biological barriers and, when it reaches the brain, can cause a serious neurodegenerative condition called Minamata disease that can lead to tremours, coordination problems, progressive visual deterioration and paralysis.

“High levels and chronic exposure may be fatal”, says biochemist Maria Elena López, from the Federal University of Pará’s Institute of Biological Sciences and the lead author of the study, which was published in the journal Ecotoxicology and Environmental Safety.

An epidemiological study of communities near the dam is needed, [and] a complete ecological study to detect and confirm the origin of this mercury

The Tucuruí dam is located in the Tocantins River basin of Pará state, in the northern part of the country. According to the study, more than 400 hydropower dams are currently operating or under construction in the Amazon. The projects form part of Brazil’s plans to install 25GW of new hydropower capacity by 2024 and create a massive industrial waterway to allow soya and other crops to be exported more easily.

Dams raise the concentrations of organic mercury by flooding hundreds of square miles of forest. When biomass decomposes due to flooding, it contributes to releasing the mercury stored in the soil in its inorganic form, converting it into an organic form that is then absorbed by living organisms and moves up the food chain.

Predatory river fish can accumulate high levels of mercury. This type of fish is common in the diet of local and indigenous people, who then suffer high exposures as a result.

A separate study by the Oswaldo Cruz Foundation (Fiocruz) found that in some indigenous villages along the Amazon basin, 92 per cent of the population is contaminated by mercury above levels considered to be safe.

According to López, knowing the scale of the problem is necessary “in order to develop proper strategies to mitigate the impact of mercury contamination in the region”.

“To achieve this,” she adds, “an epidemiological study of communities near the dam is needed, [and] a complete ecological study to detect and confirm the origin of this mercury”. This research should include an evaluation of neuro-development in affected children, López tells SciDev.Net.

Testing the air
Mercury levels in the air also contribute to exposure for people who work in highly contaminated areas, according to Alexandre Brolo, a chemist at the University of Victoria in Canada.Working with other universities and the not-for-profit organisation Artisanal Gold Council, Brolo  and his colleagues have developed a low-cost dosimeter — a device that measures the amount of mercury in the air around gold mines.

“Our device is a red glass disc that the worker may wear on their lapel, like a button,” he tells SciDev.Net. “The disc changes colour to a blueish tone when exposed to mercury [above safe limits].”

Although other methods to measure mercury in air are available, Brolo explains, they involve very expensive equipment that need highly trained personnel to operate the devices and interpret the results.

The group’s device was first tested in the lab by exposing porous glass disks filled with nano-gold to different levels of mercury vapour, and recording changes in the colour of the reflected light. It was then tested in the field, during real working conditions, at a gold mine in Burkina Faso, in western Africa.

In an article published last November in Scientific Reports, the researchers confirmed that the sensor was able to detect mercury in air at levels higher than those authorised by the US Occupational Safety and Health Administration (OSHA).

The device is currently being developed further, with plans for another pilot test before the team explores potential partners for commercialisation.
“Although the focus of the technology is contamination in the air, it [the equipment] could [also] be used to evaluate the mercury exposure of populations living near dams in the Amazon region,” says Brolo.

The study published in Scientific Reports is the result of projects funded by FAPESP, one of the donors of SciDev.Net.

This article was produced by SciDev.Net’s Latin American & Caribbean desk.