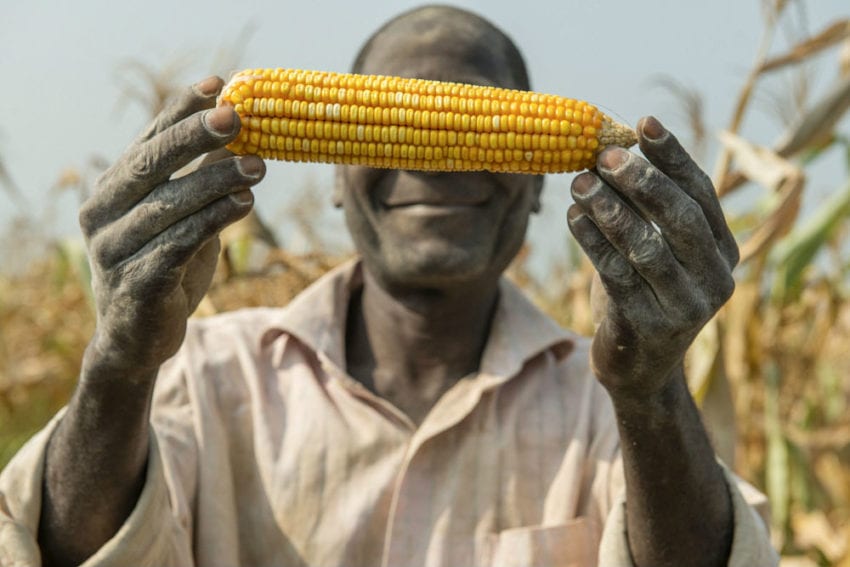 [KISUMU] The delay in approving the use of genetically modified (GM) crops is contributing to malnutrition and poverty in Sub-Saharan Africa, a study has found.

Many African governments are grappling with opponents and proponents of GM crops. This means their adoption is delayed, especially when opponents use the strategy of “announcing uncertainty” shortly before decisions are taken about them, according to the study published in PLOS One journal last month (27 July).

“Approving the crops can be a very cheap strategy to increase income of farm-households and generate economic growth.”

Justus Wesseler, a co-author of the study and professor of agricultural economics at Wageningen University, the Netherlands, tells SciDev.Net that the regulatory delay of genetically engineered crops impacts negatively on food production in African countries leading to malnutrition, which indirectly translates to high health costs.

Adopting GM crops such as banana and maize could help save lives in some Sub-Saharan African countries, according to the study.

“The costs of a delay in approval of Bt [genetically modified] maize for Kenya, black sigatoka-resistant banana for Uganda, and corn borer-resistant cowpeas for Benin, Niger and Nigeria not only include the foregone benefits for producers and consumers in economic terms but also the indirect health costs in the form of nutrition foregone, which can be translated into lives saved,” Wesseler explains.

The team of researchers from Germany, the Netherlands, South Africa and the United States used data from previous studies to estimate the average annual consumer and producer surplus —  a measure of the economic benefits — and the negative impact of malnourishment.

For example, according to the study, a year’s delay in approving the use of pod borer- resistant cowpea in Nigeria could cost the country US$33-46 million, and between 100 and 3,000 lives.

“The calculations considered that adoption of the technology will take time and that not all farmers will adopt the new crops,” explains Wesseler. “The change in malnourishment has been calculated by using the percentage in yield increase and assuming a similar increase in percentage of consumption among children in rural areas.”

He says that when adopted by governments, crops engineered to be resistant to pests and diseases could improve local varieties.

“The results show that it is extremely costly to delay the approval of those crops we investigated and that the delay in particular harms children in rural areas,” adds Wesseler. “Approving the crops can be a very cheap strategy to increase income of farm-households and generate economic growth as well as to reduce malnourishment”.

Daniel Otaye, a senior lecturer and chairman of the Biological Sciences Department at Egerton University, Kenya, says adoption of genetically engineered crops could eradicate perennial food shortages in most African countries, thus lowering the cost of living. “These are good concerns that will help eliminate poverty if adopted,” he adds.

Otaye notes a need for “creating more awareness on the importance of GM crops and African policy makers have to be flexible in adopting them.”

However, genetically engineered crops remain controversial. There are concerns they may lead to long-term environmental impacts, encourage monocultures that reduce biodiversity, and lead farmers to become dependent on a corporate seed supply.

According to Peter Mokaya, managing director of the Kenya-based Organic Consumers Alliance, Africa does not need GM crops as they are causing soil deterioration and by extension nutritional deficiencies.

There is more than enough food to feed over 10 billion inhabitants of this world, says Mokaya, using other ways that are in line with the sustainable development goals.

“What policymakers need is the correct information that GMOs are not necessary to feed Africans,” he says.