Fears for global health R&D after US budget battle 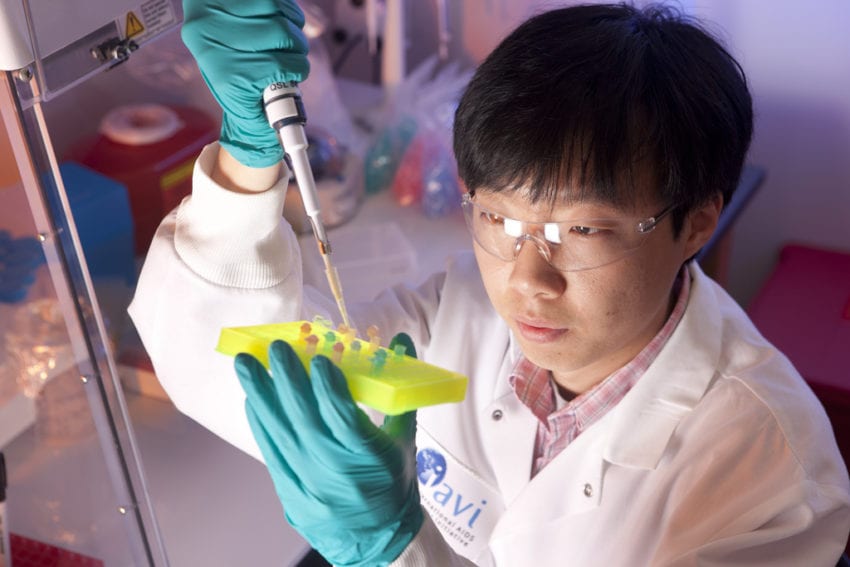 Future research and development targeting diseases such as HIV, tuberculosis and malaria may be at risk because of across-the-board federal cuts implemented last year by the United States, the largest funder of global health R&D, warns a report.

The United States has helped fund the development of 53 per cent of the 45 vaccines, drugs, diagnostics and devices that were brought to the global health market between 2000 and 2010, according to a report delivered to Congress last week (27 March) by the Global Health Technologies Coalition.

In addition, US support is aiding the development of 200 of the 365 global health products moving through the R&D pipeline, according to the coalition of not-for-profit organisations.

But sweeping federal funding cuts, which automatically went into effect in March 2013 after Congress failed to agree on a budget, could stall R&D in the global health sector, the report says.

Under this ‘sequestration’, federal agencies such as the National Institutes of Health (NIH) saw their budgets slashed by five per cent for the 2013 fiscal year, which began in October 2012 and ended in September 2013.

“Without a steady stream of funding, we will lose some of the advantage that we’ve worked so hard to develop over the last decade,” said Dan Hartman, director of integrated development at the Bill & Melinda Gates Foundation, a member of the coalition behind the report, at a briefing last week (28 March) in Washington DC.

Although a budget deal in January restored about US$1 billion to the NIH for fiscal year 2014 compared to post-sequester levels, this was still US$950 million less than the agency had in 2012.
Sequestration has already led to a cut in the number of competitive research project grants the US government offers and the suspension of clinical trials.

One such trial was being run by the Centers for Disease Control and Prevention-backed Tuberculosis Trials Consortium. The consortium is working on a new tuberculosis drug combination comprising high-dose rifapentine and other anti-TB drugs that is designed to reduce the treatment regimen from six months to three or four months. When the sequester cuts took effect, the consortium stopped enrolling patients in two of its 20 clinical sites, one in the US and one in Rio de Janeiro, Brazil.

The report recommends that the 2015 federal budget provide at least US$32 billion for the NIH, about six per cent more than the US$30.2 billion that the president is proposing to give the agency.

“Without a steady stream of funding, we will lose some of the advantage that we’ve worked so hard to develop over the last decade.”

In addition, the Global Health Technologies Coalition calls for the US Food and Drug Administration (FDA) to be given a stronger role in helping to get new products for neglected diseases to the market faster by making greater use of its powers to speed up the drug review process in such cases.

The report also urges Congress to approve the 21st Century Global Health Technology Act introduced in April 2013, which is aimed at bolstering the product development pipeline at the US Agency for International Development (USAID).

But funding is not the only solution, global health leaders said at the briefing. Private-public partnerships are also needed to help get innovations to patients.

He added that, once regulatory agencies approve drugs, vaccines and other medical tools, the next challenge is to work out how to get them to people who need them the most.

The report recommends that US agencies — including the NIH, the FDA, USAID, the Department of Defense and the Centers for Disease Control and Prevention — should have their funding for global health product development protected and should sustain investment in the discovery, development and delivery of new tools for public health worldwide.