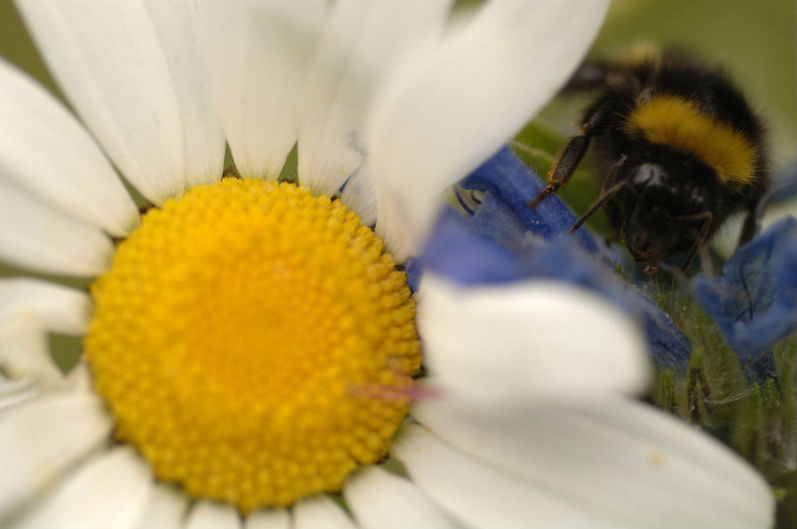 Traditional African beekeeping methods offer better protection against hive-destroying varroa mites than pesticides which, according to a study, are losing their potency.

The mites, which attach to bees and suck their body fluids, are increasingly resistant to pyrethroids, according to a study, published yesterday in PLOS One.

The research shows that genetic mutations are enabling the mites to survive persistent spraying efforts.

As a result, the mites are wreaking havoc among bee populations in Europe and the United States, the research says. But bee farmers in most developing countries have little to fear from the mites, says Richard Ridler, the chairman of Bees Abroad, a charity that supports indigenous beekeeping methods.

The main difference is that African bee farmers are relaxed about swarming, which happens when a bee colony splits, or absconding, when bees abandon a hive, Ridler explains. “When bees swarm or abscond, the majority of mites are left behind, because they mostly live in the bee brood,” he says.

“In Africa, hives are not even treated for varroa. And farmers get away with this because their style of beekeeping is different.”

Ridler says that Western bee farmers spend a lot of time preventing swarming, despite it being a natural process, as it temporarily halts honey production. But housing large bee populations in close proximity and preventing swarms encourages the spread of varroa mites, he explains.

Varroa mites originally affected only the Asian bee, which has developed resistance to the parasite. But in the early twentieth century, the mites jumped species to the European bee, the paper says.

The mites have since spread around the world, killing untreated hives within about three years from the start of infestation.

According to the Rothamsted Research institute in the United Kingdom, the effectiveness of common pesticides has declined since the 1990s, when the mites developed resistance to pyrethroid-based poisons. The new research on varroa mite DNA allows scientists to run a test on mites and find out if they are part of the mutated strain that is resistant to pesticides.

“The diagnostic test should help beekeepers to decide whether to use pyrethroid-based chemicals to control this highly damaging parasite,” says lead author Joel Gonzáles-Cabrera, a scientist at Rothamsted.

But for developing countries, the priority should be to support traditional and indigenous beekeeping styles to ensure local bee farmers do not become reliant on expensive pesticides or lose their swarms to varroa, says Ridler.

“In Africa, hives are not even treated for varroa,” he says. “And farmers get away with this because their style of beekeeping is different.”

Joel González-Cabrera and others Novel mutations in the voltage-gated sodium channel of pyrethroid-resistant Varroa destructor populations from the southeastern USA (PLOS One, 18 May 2016)