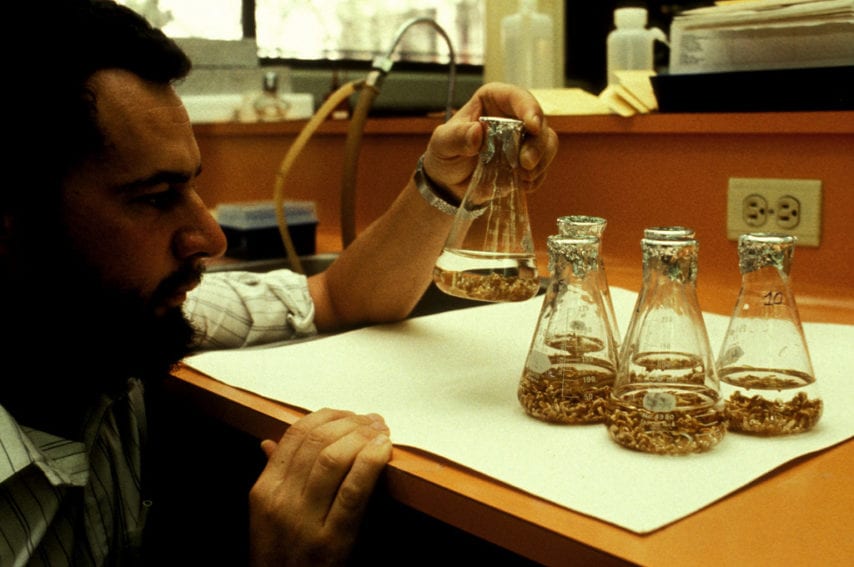 [NEW DELHI] Africa and India are gearing up to further enhance cooperation in agricultural science, technology and innovation, and move beyond dialogue to a range of practical options from a virtual biotech platform to agribusiness centres, seed investments and even joint donor-aided projects.

“India has developed solutions to its unique environmental and cultural challenges. We could learn from it,” he told SciDev.Net at a meeting on science, technology and innovation cooperation between Africa and India in New Delhi last October.

The meeting, which included ministers, heads of biotechnology organsiations, seed industry representatives, officials and scientists, generated a slew of proposals to enhance agricultural collaboration. The ideas from the meeting will feed into a larger Africa-India summit slated for 2014 in Delhi.

S. R. Rao, an advisor to the Department of Biotechnology in India’s Ministry of Science and Technology, suggested creating an Indo-African, open-access biotechnology virtual platform that would offer a roster of experts and enable knowledge to be shared on a range of techniques and biotech-related sectors such as fisheries, horticulture and animal health.

Some other proposals that emerged from the meeting were to set up agribusiness centres to promote entrepreneurship and provide services, and to form joint agricultural projects to boost the chances of getting donor funding.

Diran Makinde, director of the African Biosafety Network of Expertise, which was set up to help the continent’s regulators make decisions on biotechnology products, told SciDev.Net that Africa would benefit from cooperation with India in several fields. These include: developing technological and professional competence; upgrading technology infrastructure; stimulating collaborative innovation and entrepreneurship; and providing an enabling science, technology and innovation environment.

As a partner, India is “handy because of the similarities in our farming systems”, Makinde said, referring to the smallholdings typical of both African and Indian agriculture.

Another useful insight for Africa is to learn how India has boosted the domestic production of seeds.

“Only about ten per cent of [African] farmers use hybrid seeds, which was the same in India some two decades ago, and this scenario may not enable us to achieve food and nutrition security in Africa, which is our top priority. In addition, there has been a lot of regulatory experience and data accumulated in India that may benefit African regulatory systems,” he told SciDev.Net.

The meeting in New Delhi was an offshoot of joint summits in 2008 and 2011. As a result of these, Africa and India are already implementing science and technology initiatives in: capacity building, development, and knowledge transfer and adoption in common priority research areas.

“African agricultural policymakers are increasingly looking to the BRICS countries as sources of examples to be emulated.”

The initiatives cover: fellowships for African researchers to work in Indian science institutes; training African researchers in areas such as biomedical sciences, technological innovation, energy, environment and sustainable development; strengthening research institutes in Benin, Gabon and Tunisia; and the transfer and adoption of small- and medium-scale technologies.

Sachin Chaturvedi, a senior fellow at Research and Information Systems for Developing Countries, an Indian think-tank, tells SciDev.Net that various concrete proposals emerged from the meeting. These included agreement on setting up laboratory standards for seeds and other sources of genetic materials such as plant tissues; establishing seed incubator facilities for private-sector entrepreneurs in Africa; and building Africa’s capacity for seed research.

He says that India’s government has agreed, in principle, to fund agricultural cooperation, but the details must still be worked out.

A major challenge to African agricultural technology development is ensuring that seed production is of sufficient quality, and the availability and affordability of those seeds, says George Marechera, business development manager at the African Agricultural Technology Foundation, which promotes public-private partnerships to assist smallholder farmers in Sub Saharan Africa.

This is because most African seed production systems are still informal, farmer-based and low-yielding, he adds.

Despite the availability of several easily adaptable, high-quality, international seed production technologies — including improved techniques for seed selection, treatment and storage — there is a lack of coordination between producers, researchers and suppliers, Marechera says.

Similarly, there is no mechanism for linking these technologies with African seed companies that could roll them out.

Africa needs an innovative business model for seed access and delivery, Marechera says, adding that Africa and India could collaborate in seed production.

He suggests that India’s model of small seed companies, which require less investment, has potential in Africa.

Other joint efforts on seeds are under way. Africa and India are running trials under the Syngenta Foundation for Sustainable Agriculture’s India-Africa Seed Bridge project designed to link plant breeders with new seed production and distribution channels in emerging markets.

These include crops such as sorghum, millet, sunflower, tomato, onion and sesame, as well as maize that requires less water than traditional varieties, cowpea that is resistant to the pod borer moth, salt-tolerant rice and bananas that are resistant to the fungal ‘wilt’ disease.

And Bamidele Solomon, former director general of Nigeria’s National Biotechnology Development Agency, says biotechnologists from his country are meeting India’s agriculture ministry and seed company associations to build links with partners who could help Nigeria’s mission to grow genetically modified cotton, based on India’s success in the sector.

Nigeria and India could also increase collaboration in capacity building, technology transfer and the development of infrastructure such as modern laboratories in the agriculture sector, he says.

Several international research institutes are engaged in collaboration programmes between Africa and India. For example, the Nairobi-based International Livestock Research Institute is engaged in programmes focusing on animal genetics, animal feeds and animal health that involve Ethiopia, Kenya, Mali, Mozambique and Tanzania as well as India.

“India-Africa knowledge management should move beyond the movement of messages to technology dissemination tools and approaches, and linkages to agricultural education,” says Purvi Mehta-Bhatt, the institute’s representative for South Asia.

The two partners should develop joint projects to attract donor funding, set up institutional collaboration and document, monitor and evaluate their experiences, she says.

And the International Crops Research Institute for the Semi-Arid Tropics, whose headquarters is near Hyderabad, will use its Agribusiness and Innovation Platform initiative to help set up agribusiness incubators for farmers across Africa, along the lines of its networks of incubators in India.

“African agricultural policymakers are increasingly looking to the BRICS countries not only as investors and suppliers of technology, but also as sources of examples to be emulated, whether in large-scale commercial farming or in mass mobilisation to boost smallholder productivity,” notes a July 2013 bulletin by UK-based research organisations the International Institute for Environment and Development and the Institute of Development Studies.

The bulletin notes that the use of Brazilian technologies to improve soils and boost production is now seen by some as a model for Africa, and agricultural research collaborations between the two are growing. In addition, the bulletin says the continent is learning from China’s achievements in consolidating smallholder farms and developing large-scale mechanised farming.