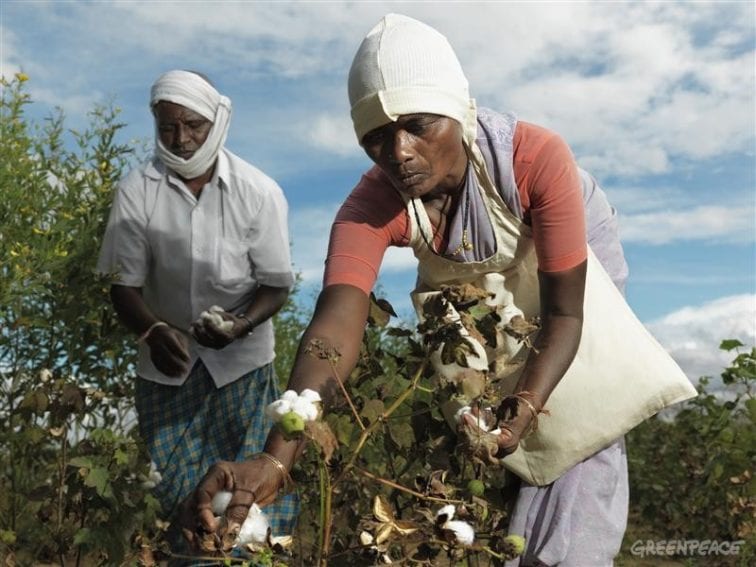 As SciDev.Net launches its new website, we reflect on Rio+20 one year on and the challenges that lies ahead.

This week, SciDev.Net launches a new-look website. We are really proud of the fresh design, improved navigation and multimedia content. We think this matters hugely to our mission, and need only look to an issue of overwhelming concern to our readers — sustainable development — to understand how content is related to the environment in which we deliver it.

It is now a year since the UN Conference on Sustainable Development, in Rio de Janeiro, Brazil. The conference came 20 years after the Earth Summit and so was referred to as Rio+20. In the lead-up to the event, it was generally felt that the first conference and its outcomes had failed to live up to expectations. One year on from Rio+20, we see a lot of promise in what the money invested in the event has achieved.

But there are also concerns — many of them lessons that both the scientific and development communities should already have grasped.

First, the positive signs. Perhaps the most significant is that discussion on the next set of development goals after 2015 is focused on sustainability. The High Level Panel report submitted to the UN secretary-general in May reflects an awareness that poverty reduction is a necessary but insufficient condition for improved development outcomes, because our limited environmental resources leave us all vulnerable.

In addition, there is an active lobby at the governmental level mobilising around sustainable development. The Group of 77 (G77) coalition of developing nations endorsed the Rio+20 outcome statement  and a panel of developing countries has been convened to help push this agenda. This makes the outcome of the UN's multilateral negotiations over the next two years more likely to respond to sustainability concerns.

The second positive sign is that there have been tangible funding commitments for the sustainability agenda. A special request at Rio+20 for voluntary commitments from various institutions resulted in more than 700 pledges estimated to be worth more than US$500 billion in total.

Finally, a significant number of potentially important initiatives emerged from the meeting's fringes. For instance, Future Earth is an ambitious research initiative related to environmental change that prioritises working across disciplines and building coalitions.

"The 'environment' is where we all live; and 'development' is what we all do in attempting to improve our lot within that abode. The two are inseparable."

These developments suggest a new trajectory for the sustainability discussion and a policy environment more concerned with linking poverty to a broader range of environmental and social issues. However, some concerns threaten the application of scientific evidence and technological innovation in support of the sustainability agenda.

First, the post-2015 process is not the only policy mechanism through which we can leverage necessary change. Widespread structural changes are required in relationships — from the manufacturing industry to consumer groups to energy providers to food standards agencies. Many of these operate in their own politically complex value chains but they are worth engaging with because their norms are legally binding — unlike any of the expected outcomes from the post-2015 process. Various development agencies are seeking to work with 'unlikely partners', but few know how to do so or have the required capacity. This was the single biggest failing following the 1992 Earth Summit.

Second, the bottom could still fall out of the sustainable development agenda if there is no case for economic growth. Easily the most contentious bit of the High Level Panel report has been the way it has addressed — or not — the issue of equality.

While equality is held as a moral pillar of our societies, so is capitalism and its promise of progress. The Economist recently claimed that the one billion people lifted out of absolute poverty over the last 20 years have the markets to thank. [1] But the High Level Panel report conflates all the possible drivers of such poverty reduction — including aid, improved governance and economic growth — astutely skirting this idea.

Last year, SciDev.Net conducted a series of discussions with readers across the Pacific. Their enthusiasm for science depended on what kind of development they understood the science was supporting. A similar response can be expected from policymakers around the world, so a convincing way to reconcile wellbeing and growth must be found.

The third issue is that technology's impact depends on how it is used. Calls for increased innovation in support of an integrated set of social, economic and environmental objectives seldom acknowledge that this is not a panacea in itself. Some innovations might respond to desires that go against sustainable goals. How these innovations play out and the focus of investment requires what UN special advisor Jeffrey Sachs calls practical roadmaps for problem-solving.

The scientific community needs to engage with a cross-section of policy spheres. This is how science can encourage positive trends for sustainable development and navigate the concerns. And this is where entities such as SciDev.Net can help.

Gro Harlem Brundtland, chair of the World Commission on Environment and Development that commissioned the report that shaped much of the content of the Earth Summit, wrote something then that is pertinent this week: "The 'environment' is where we all live; and 'development' is what we all do in attempting to improve our lot within that abode. The two are inseparable." [2]

This is a fitting call to arms over what will be a crucial two years. In a way, it also expresses the inspiration behind our web revamp. The Internet is where SciDev.Net and its network operate and our journalism is what we do there to try to improve societies. We need to ensure we balance our efforts for improved content with keeping abreast of communication opportunities offered by the web.

Investing in one and not the other could become a problem for our sustainability. 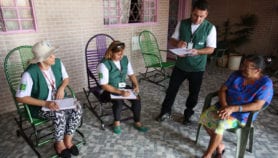