Change at every level needed to crack drug resistance 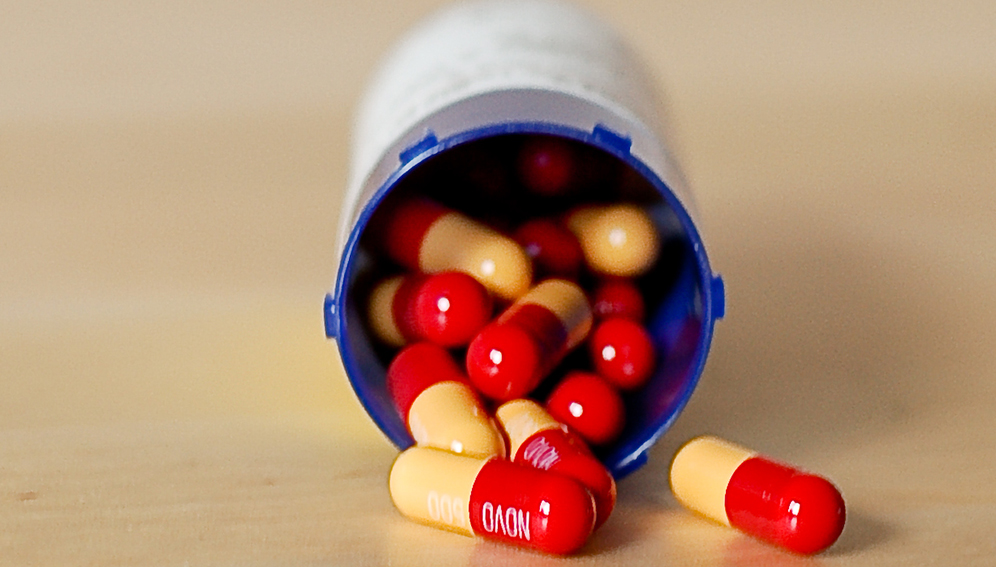 Diseases and infections that were once easily treated with a simple course of drugs are suddenly irreversible – and life-threatening. Copyright: Zach Bulick

Imagine a world with no antibiotics. Diseases and infections that were once easily treated with a simple course of drugs are suddenly irreversible – and life-threatening.

This might seem like a far-fetched dystopian vision. But for many people who contract drug-resistant strains of TB, pneumonia, gonorrhoea or hospital superbugs like MRSA and C. difficile, this is already happening. And the hardest-hit are those living in low- and middle-income countries.

Antibiotic resistance occurs when bacteria change in response to the drugs used to kill them, until those drugs eventually fail.

The potential for drug resistance has long been acknowledged. The discovery of penicillin in 1928 was expected to herald the end of infectious diseases. But even its discoverer, Alexander Fleming, warned as early as 1945 in his Nobel Prize acceptance speech that bacteria could become resistant to it with overuse.

That prediction has been borne out in the decades that followed, not just with penicillin, but with every class of antibiotics subsequently discovered. After the initial ‘golden era’ of antibiotic discovery that followed penicillin, drug development has failed to keep pace with the rise in resistance.

Drug resistance has become a global public health crisis. In 2016, 490,000 people developed multi-drug resistant TB, and resistance is now being seen in drugs used to fight HIV and malaria. If the drugs we use become ineffective, it not only affects our ability to fight killer diseases, but has frightening consequences for surgical procedures and cancer treatments too.

In 2001, the WHO launched its Global Strategy for Containment of Antimicrobial Resistance. It warned the world of a global problem that required urgent action.

The strategy aimed to spur national and regional interventions which would help prevent infection, slow the emergence of resistance and reduce the spread of resistant microorganisms. It said we need to target poor sanitation and hygiene in hospitals, overprescribing of antibiotics, inappropriate use of antimicrobials in farming. And we need to develop new vaccines and treatments.

Dial forward to 2050 and drug-resistant diseases could cause 10 million deaths each year, warned a 2019 report by the UN Ad hoc Interagency Coordinating Group on Antimicrobial Resistance – and cause damage to the economy as catastrophic as the 2008-2009 global financial crisis.

By 2030, antimicrobial resistance could force up to 24 million people into extreme poverty if nothing is done to stem this crisis, the report warned.

In the almost two decades between these two reports, our knowledge of what is driving antimicrobial resistance, and ways in which we can tackle it, has undoubtedly been refined. But progress in translating knowledge into action seems woefully slow.

Part of the problem is that this is complex. It’s not just a health issue, but an agricultural one, and an environmental one. Earlier this year, a global study found dangerously high levels of antibiotics at hundreds of sites in rivers around the world. Antibiotics are literally being flushed into waterways from hospitals and drug manufacturing plants, adding to the rise in resistance, which has so many contributory factors.

And just as there are many things driving resistance, there is no one simple fix in the form of new antibiotics or technology to replace them. Nanosilver, probiotics, and bacteriophages are promising alternatives but there is no silver bullet.

Even given the continual cycle of resistance, barriers to developing new antibiotics must be addressed.

The pipeline of new drugs is running dry and there are insufficient incentives to develop new antimicrobials – it’s costly for pharmaceutical companies and offers poor returns due to the need to minimize their use and make them affordable. Companies like the US biotech firm Achaogen, which filed for bankruptcy in April, have been crippled by the expense of getting drugs to market.

But big pharmaceutical companies must be persuaded to invest in antibiotic development despite these barriers. Failure to do so means other lines of their business, such as cancer drugs, will also fail.

In the meantime, change is needed at every level of society to tackle this problem – from cracking down on over-the-counter sales of antibiotics, to improving hygiene standards in hospitals and banning growth promoting antibiotics on farms.

Doctors prescribing medicines have tools like the WHO’s new AWaRe classification system at their disposal to do so responsibly. Now it is up to every country to make sure this is implemented.

“Antimicrobial resistance is one of the most urgent health risks of our time and threatens to undo a century of medical progress,” said WHO director-general Tedros Adhanom Ghebreyesus, as the organisation launched the AWaRe campaign in June to encourage appropriate antibiotic use. Countries must strike a balance, he said, between ensuring access to life-saving antibiotics, and reserving the use of some antibiotics for the hardest-to-treat infections.