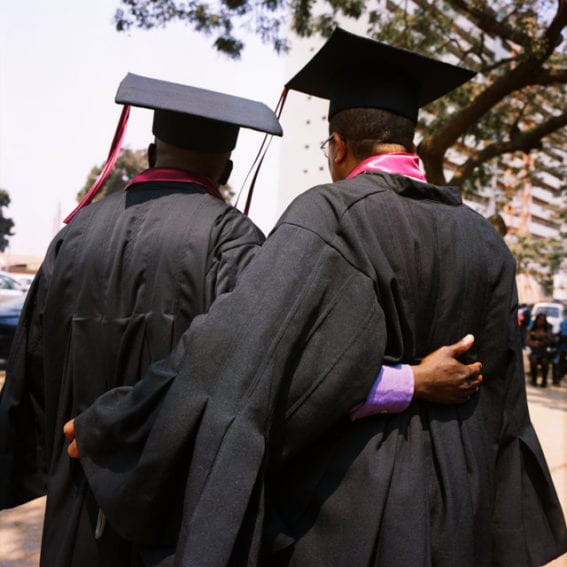 Investing in Africa’s higher education sector will build momentum for a virtuous cycle of better governance.

The case for investment in research at tertiary institutions in developing countries is relatively easy to make. Last week (10-12 March) 500 delegates from an impressive array of sectors and institutions gathered in Dakar, Senegal, for the inaugural African Higher Education Summit, to discuss revitalising such investment in Africa.

From the outset, the level of intent was so high it was almost over-confident. Nkosazana Dlamini-Zuma, chair of the Africa Union Commission, declared at the opening plenary that it would be the most important gathering of Africans anywhere, on any topic, this year.

The conference organisers put forward an impressive list of 17 “expected outcomes”. [1] Discussions on the first day covered a mix of the usual challenges for low income countries, such as funding. The debate also included well-rehearsed ambitions, such as creating knowledge economies, as well as intriguing new initiatives, including public-private partnerships.

But the familiar discourse was shaken up by a keynote address delivered by Obiageli Ezekwesili, advisor at the grantmaking organisation Open Society Foundations.

Ezekwesili was asked to offer reflections on building universities for a better future in Africa — but instead she offered a subtle and well-crafted rebuke to her audience.

“You need to build governance before you can start building universities”, she asserted. Her argument was threefold.

First, that a human capital-led approach to development leads to the most enduring and holistic development outcomes. For instance, she maintains that economic growth which does not create enough jobs will threaten social stability. At the same time, she observes that, through regulatory incentives or governance privileges, most African countries conduct their economic relations in such a way that makes the creation of wealth through mineral exploitation more important than long-term investment in education.

“You need to build governance before you can start building universities”

Second, she spoke of a clear relationship between countries performing well economically and countries undergoing a healthy maturation of democracy since colonial occupation. Barbados, Mauritius and Singapore come to mind here. She said this is because before they gained independence, many African countries had no national debate or articulation of a future beyond the expulsion of their colonial powers. Such a conversation might have clarified the values that would shape future administrations.

Finally, she asserted that many development outcomes depend on policy and politics, not on new scientific evidence or clever technical interventions. This is supported by a growing body of analysis, said Ezekwesili. For example, researchers at the Social, Technological and Environmental Pathways to Sustainability Centre based at the Institute of Development Studies at the University of Sussex in the United Kingdom, have maintained for some time that food security is fundamentally a political challenge. [2] Climate adaptation programming is also following a similar track, emphasising political leadership and expediency over new research.

Before joining the Open Society Foundations Ezekwesili was a cabinet minister in Nigeria, so she knows about governance. Indeed there are several examples of how governance constraints impact administration at universities, such as the dismantling of two universities in DRC during the conflict there.

The conference also saw much debate about how to persuade governments to increase research and development (R&D) investment as a proportion of GDP (gross domestic product). In Africa, the latest reliable data suggests that Kenya is the only country currently meeting its 1 per cent budget target. [3] So clearly, political commitment matters for investment.

Ezekwesili’s ideas may be both rousing and sobering, but there are a number of qualifications to this ‘governance first’ argument.
Politicians and researchers have different roles. As Chris Whitty, outgoing scientific advisor to the UK government’s Department for International Development points out, politicians are not technical experts and cannot build infrastructure. Instead they depend on the collective knowledge of engineers to articulate national needs, supply options to meet those needs, and determine the best solution.

A good example is the African Union’s dependency on the insurance pool African Risk Capacity, to develop an insurance scheme for Ebola. Knowledge within scientific communities takes time and space to grow; and the scientific code of conduct, or the very nature of research practice, does not encourage sitting around waiting for good governance.

Another factor to consider is that governance is exercised in different spheres. There are a number of policy mechanisms circulating in regional institutions that reflect a commitment to R&D — indeed the conference heard ministers from different countries describing genuinely compelling plans.

Obviously this is not unique to Africa. Political ambition for science, technology and innovation is widespread in the global South.

But over the past year, alongside that ambition, commentators have voiced growing concerns that these ambitions are unrealistic. A recent critique of renewable energy plans in India is particularly instructive. In essence though, such initiatives do not deserve cynicism but technical support, so that those building universities can work with the enabling structures of governance where they find them.

Research is itself part of the project of building governance. In his address to the conference, Kofi Annan, former UN secretary-general, said that one priority for the higher education sector is to provide better quality data on Africa.

Data provides a clear framework around which citizens and policy makers can mobilise — Annan implied it is the dashboard in the cockpit of government. Indeed, a paucity of data undermines any attempt to establish a government’s basic capacity and responsiveness to social needs.

Ezekwesili said it is tragic when the best among us are governed by the worst among us. While this is true, it risks distracting people from the task at hand. Low-income countries need more university investment urgently. Poor governance is a major barrier to this — but amongst the summit outcomes and SciDev.Net’s ongoing series about Africa's PhD Renaissance, there should surely be ideas about how to build tertiary research capacity in an imperfect world.

Nick Perkins is the director of SciDev.Net.  @Nick_Ishmael

[2] Julia Day, World Food Day: The state of food insecurity in the world and the need for coordinated action, (STEPS Centre blog, 16 October 2012)