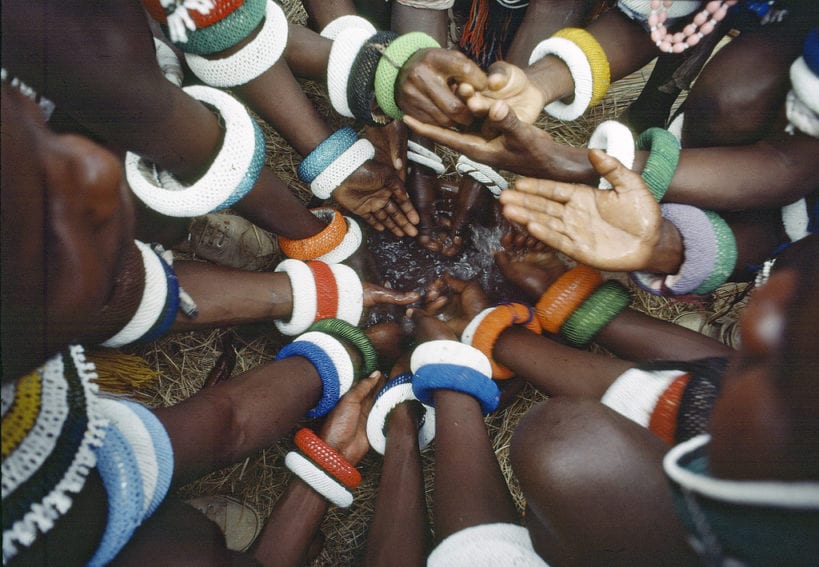 Twenty years ago, there were no research jobs available for people such as Dereck Tait, a South African then working in the United Kingdom's pharmaceutical industry, in his home country.

But last year Tait returned to become director of clinical development for the African office of Aeras, a non-profit organisation working on vaccines against tuberculosis (TB). From his base in Cape Town, Tait leads a project due to start later this year to test the efficacy of a new vaccine (M72/AS01E) in Kenya, South Africa and Zambia.

"Much more money is going into research now," he says.

Tait is not the only TB researcher to have returned to South Africa in recent years. The country has one of the highest incidences of the disease in the world and drug resistance is rife, making it an ideal location for scientific research.

Another South African, Willem Hanekom, trained and worked in the United States before returning in 2005 to become director of the South African Tuberculosis Vaccine Initiative (SATVI) at the University of Cape Town. His university hosted the Third Global Forum on TB Vaccines last month (25–27 March) — the first time this meeting has been held Africa.

And, last year, the Howard Hughes Medical Institute opened the doors of its new KwaZulu-Natal Research Institute for Tuberculosis and HIV (K-RITH) in Durban, on South Africa's east coast. This is the institute's first lab outside the United States.

These researchers are not just doing clinical trials. Both K-RITH and SATVI also conduct research at the cutting-edge level that, until recently, was mainly found in America or Europe.

The growing interest among international research agencies and funders to locate more of their work in Africa is a great opportunity for the continent. But to capitalise on it, African governments must invest in the basic infrastructure required to do science.

It is not just the disease burden that makes South Africa attractive to TB researchers; the country's well-resourced universities, decent roads and relatively research-friendly laws also play a part. South Africa's government has had a hand in creating these beneficial conditions for investment. But it could do more.

It spends nearly US$600 million a year on treating and preventing TB. But in comparison, its research and development (R&D) spending on the disease is a pittance, according to research by David Walwyn, a technology management expert at the University of Pretoria, South Africa, published this year in Health Research Policy and Systems. [1]

Walwyn says that the South African government should boost its annual R&D spend on TB from the current US$3 million to more than US$90 million. The country would make this money back and more, he says, by having more efficient and cheaper treatments, through earnings from new drugs and by creating jobs in the chemical, pharmaceutical and healthcare industries.

Investment will pay off

It is probably unrealistic to expect the South African government to increase its TB R&D budget to the levels Walwyn suggests. But even a little extra could go a long way.

A priority for the country should be to invest in its clinical trials infrastructure. In the past, organisations such as Aeras have tended to establish their own trial sites, maintaining them — and the dozens of staff they employ — during downtime between projects. But now Aeras has stopped this practice, meaning critical expertise is scattered after every project.

At the same time, the demand for clinical trials sites is exploding. Not only in relation to TB, but in other areas of research as well, including malaria and HIV/AIDS. Some of the researchers attending the global TB vaccine forum last month said they were worried about a shortage of sites.

The South African government should invest more money in the long-term viability of the country's clinical trials sites. There is also a need to coordinate research into different diseases, so that trial sites can be used by other projects during what would otherwise be downtime.

The same holds true for the rest of Africa. Investments in physical infrastructure such as roads, Internet connectivity and electricity supply is improving rapidly in many African cities.

Like South Africa, other countries stand to benefit from strengthening their capacity to host clinical research, which would allow them to tap into the flow of expertise and research funding from the North and from emerging economies such as China and India.

In the past, such investments have come in the shape of 'parachute science', where foreign donors or research institutes have used cash-strapped local scientists as mere sample collectors or field assistants in their projects.

But initiatives such as K-RITH suggest that the time of parachute science is over. The investments now come with a genuine wish to build up local research capacity in partnership with African institutions.

However, African countries will only benefit if they create suitable conditions for research to flourish, such as clear career opportunities for local academics in institutes and universities supported by national funding.

It would be a dire mistake by African governments to think that the international funding flowing into clinical research on the continent is letting them off the hook.