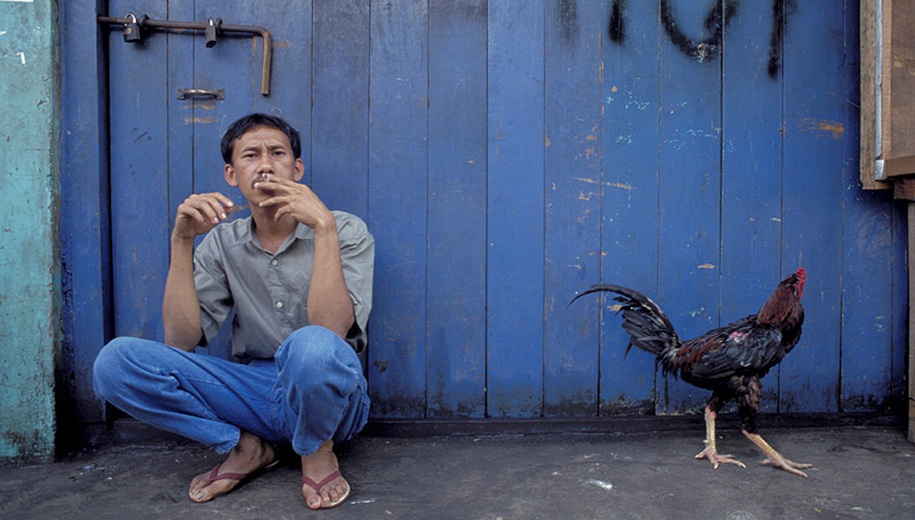 While the coronavirus (COVID-19) pandemic dominates headlines and officials race to slow the spread of the virus, the issue of tobacco use is sadly relegated to the sidelines even as it remains a public health challenge.

The number of annual deaths from tobacco-related diseases now stands at eight million, according to WHO. Moreover, the burden from tobacco use extends beyond health and undermines the social and economic development of nations. Consider how the global economic cost of smoking was estimated to have been US$1.4 trillion in 2012 and how low and middle-income countries shouldered 40 per cent of the cost.

“Tobacco control is at a crossroads: governments can continue to merely work through obstacles at their own pace, or they can focus on accelerating action through the Global Strategy to Accelerate Tobacco Control”

Progress on the global epidemic of non-communicable diseases (NCDs) will not depend on waiting for new breakthroughs, but on insights gained from tried and tested solutions such as WHO’s Framework Convention on Tobacco Control (FCTC), the world’s first public health treaty and which came to effect in 2005. A high proportion of premature deaths from NCDs is caused by one single preventable risk factor — tobacco use. If governments are to make progress on non-communicable diseases prevention, they will need to reduce tobacco use.

The number of tobacco smokers is projected to remain at around 1.1 billion until at least 2025, with 80 per cent of the world’s smokers living in low- and middle-income countries (LMICs). According to the WHO, the numbers of smokers is “continuing to grow in the African, Eastern Mediterranean and South-East Asian regions”.

The facts speak for themselves and the world must focus on reducing tobacco use if it is to make any headway against premature deaths from NCDs such as cancer, cardiovascular and chronic respiratory diseases. Public investment in tobacco control is lagging behind other health issues and the world may miss a narrow window of opportunity for significant progress in public health.

Tobacco control action is often fragmented because of the lack of adequate coordination by and between stakeholders. So, on the occasion of World Health Day (7 April), governments should recommit to reducing tobacco use by:

One bright spot is that many lower- and middle-income countries, with support from civil society organisations, philanthropic organisations, international and funding agencies are taking action on price and tax measures aimed at decreasing tobacco use.

In Chad, the 2020 Finance Law introduced a 30 per cent rate of excise duty and a US$0.16 specific tax on each cigarette pack, with 30 per cent of the revenue allocated to the National Tobacco, Alcohol and Drug Control Programme.  Nigeria's 2019 National Tobacco Control Fund draws from licensing fee. Ethiopia — where cigarettes were among the cheapest in the world — passed legislation in February to introduce a specific excise rate of US$0.25 on each cigarette pack, in addition to a 30 per cent tax on production.

In the Philippines, a recent law requires an increase in “cigarette taxes” of US$0.95 this year, and new taxes on electronic cigarettes and heated tobacco products. While in Cambodia, tobacco tax measures have been strengthened in recent years.

More could be done by the international community to increase the percentage of Development Assistance for Health allocated to tobacco control in low and middle-income countries. The way forward is to quicken the pace and broaden the scale at which governments implement the FCTC.

As they convene in the Netherlands this November, parties to the FCTC are in a unique position to take leadership in moving towards a world without non-communicable diseases and advancing sustainable development. They should have a frank conversation about the specific areas where urgent action and investment will yield the greatest impact.

Tobacco control is at a crossroads: governments can continue to merely work through obstacles at their own pace, or they can focus on accelerating action through the Global Strategy to Accelerate Tobacco Control.

At the end of January, Vera Luiza da Costa e Silva, the outgoing head of the Secretariat, WHO FCTC and the Protocol, called for the tobacco control community to “keep working towards a better world” and for civil society to “continue to advance the treaty’s implementation agenda despite the efforts of the tobacco industry and other commercial interests that put profit before people’s health and human rights”.

Echoing the sentiment behind the call, the tobacco control community should in turn recommit to supporting governments in their efforts to adopt, implement and enforce proven tobacco control laws and policies, in line with their obligations under the FCTC.

To prevent non-communicable diseases and move towards a healthy, sustainable world, it would be wise to refocus efforts and attention on what works.

Mafoya Dossoumon is a Communications Manager at Framework Convention Alliance, based in Ottawa, Canada. He can be contacted at dossoumonm@fctc.org