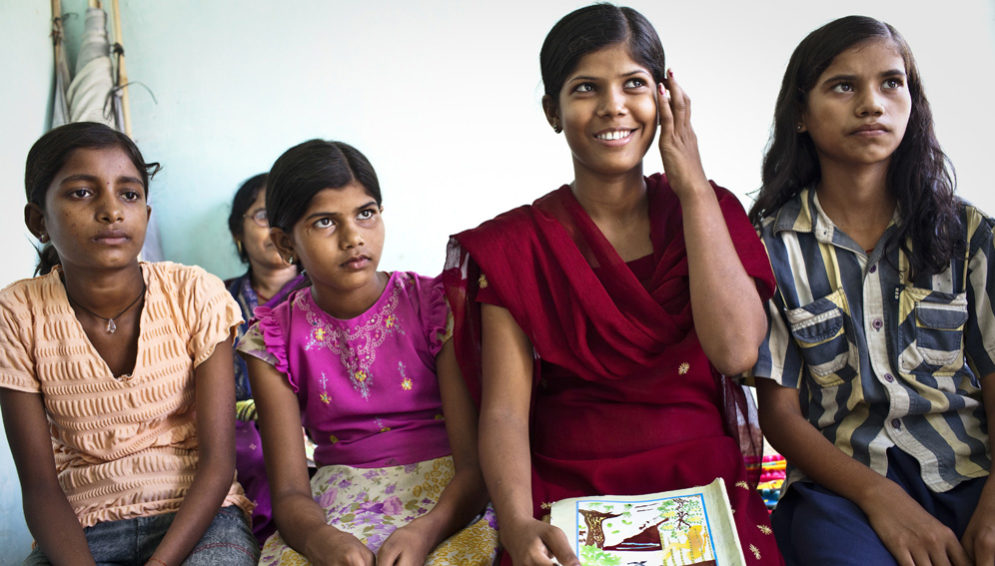 The 2018 Global Nutrition Report, launched on 29 November at a high-level conference on malnutrition, shows that girls aged 15—19 are particularly susceptible to malnutrition and resultant ill-health due to their higher iron needs from menstruation, an increased susceptibility to obesity, and early pregnancies.

“Adolescence, when girls transition to adults, is a critical life-stage where you can intervene. If you can delay early marriage by a year or two, girls can get more education and reduce health risks”

An estimated 95 per cent of births to adolescents occur in developing countries and 19 per cent of young women there become pregnant before the age of 18, the report says.

Anaemia prevalence in girls and women aged 15—49 remains high at roughly 33 per cent, up from 32 per cent in 2000. Female obesity rates for adolescents in the 10—19 age group have been increasing annually, reaching 4.7 per cent in 2016.

“Adolescence, when girls transition to adults, is a critical life-stage where you can intervene,” Hazel Malapit, a senior research coordinator at the International Food Policy Research Institute (IFPRI), tells SciDev.Net. “If you can delay early marriage by a year or two, girls can get more education and reduce health risks.”

Awareness of the importance of adolescent health and nutrition was reflected in the agenda for action, launched at the 2017 Global Nutritional Summit in Milan, to close the gap on women’s and girls’ nutrition. “Adolescent Nutrition Call to Action: Better Data Now to Drive Better Policies and Programs in the Future”, meanwhile, was launched in Geneva in June 2018.

Corinna Hawkes, co-chair of the Independent Expert Group that produced the new report and director of the Centre for Food Policy, University of London, tells SciDev.Net that no country is on course to meet all nine global malnutrition targets that include reducing anaemia in women of reproductive age by 50 per cent and halting the rise in obesity.

Regions like the Pacific Small Island Developing States are struggling with the double burden of high malnutrition and obesity rates, notes John McDermott, director of research on agriculture for nutrition and health at the Consultative Group on International Agriculture Research, a global partnership of researchers, tells SciDev.Net. “Some of the highest obesity rates, particularly for women, are in the Pacific,” he adds.

McDermott says that nutrition outcomes can be faster than economic outcomes, as in the impressive performance of Bangladesh against that of India, which is lagging despite being an economic powerhouse. “We think that in the Bangladesh case, gender is one of the important parts of that [success]. A lot of it is focusing on things like how do you work with women? How do you empower them along the different lines of agency?”