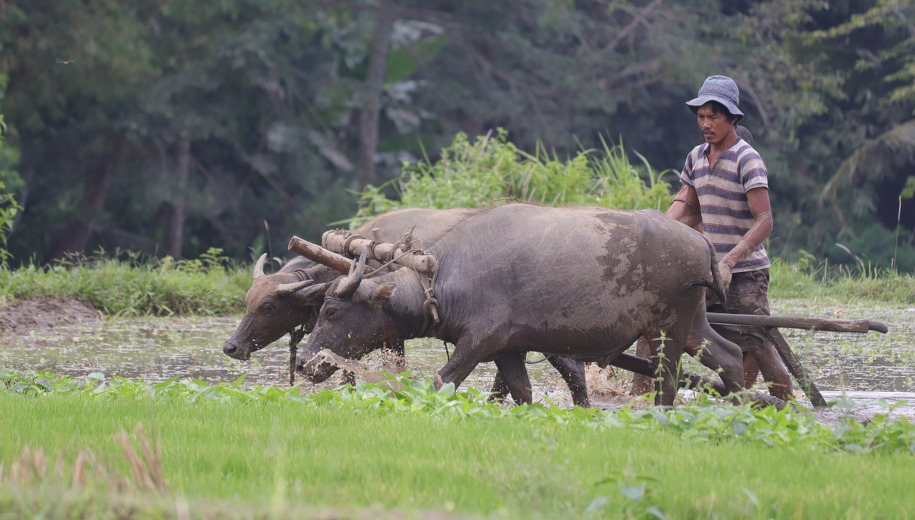 Food crops can be contaminated with arsenic through water, given that the chemical is naturally present at high levels in groundwater in certain areas. Copyright: Image by Mufid Majnun from Pixabay. This image has been cropped.

[SYDNEY] Researchers have developed a living plant-based sensor that can in real-time detect and monitor levels of arsenic, a highly toxic heavy metal, in the soil. Arsenic pollution is a major threat to humans and ecosystems in many Asia Pacific countries.

Arsenic contaminated water used for drinking, food preparation and irrigation of food crops poses the greatest threat to public health because the toxic chemical is naturally present at high levels in the groundwater of a number of countries, according to the World Health Organization (WHO).

“Detecting arsenic level in the soil is important to ensure minimal contamination of our food chain. If we can have a convenient way to measure arsenic concentration in the soil in real time, we would be able to take preventive measures to keep arsenic level at the minimum, strengthening our food safety,” says Tedrick Thomas Salim Lew, a recent graduate student of the Massachusetts Institute of Technology (MIT) and co-author of the research published in Advanced Materials on 26 November.

Scientists from Disruptive and Sustainable Technologies for Agricultural Precision (DiSTAP), an Interdisciplinary Research Group at the Singapore-MIT Alliance for Research and Technology (SMART), MIT’s research enterprise in Singapore, engineered nanoparticles to detect arsenic, and embedded them within the leaf tissue of a plant.

“We show that the combination of the living plant and embedded sensor can function as the most sensitive detector for this toxic molecule available today. We used a molecular recognition technology that allows the surface of the nanoparticle to bind to the specific chemistry of the arsenic like a lock and key. The binding changes the near infrared fluorescence of the sensor which can be picked up even on a cell phone camera,” says Michael Strano, co-author and lead principal investigator of SMART DiSTAP in Singapore.

This novel nano-bionic optical sensor provides significant advantages over conventional methods used to measure arsenic in the environment. Researchers say one point of novelty is that the sensor is so small, it can be placed within specific parts of the plant cell to measure arsenic update and metabolism with precision, and it was capable of detecting arsenic levels as low as 0.2 ppb (parts per billion).

“Our approach made use of plants’ natural ability to take up arsenic to convert them into a living sensor that can sample their environment autonomously. This approach enables arsenic monitoring in real time and in a non-destructive manner (i.e. no plant needs to be sacrificed to extract arsenic from its tissue).

Arsenic is a contaminant in many common agricultural products such as rice, vegetables and tea leaves. According to a recent study, inorganic arsenic in rice is estimated by some to give rise to over 50,000 avoidable premature deaths per year.

The researchers embedded their arsenic sensors within rice plants, and they were able to monitor the arsenic concentration within the rice plant as well as in the root environment every one second.

“New sensor technologies for arsenic, especially those that measure uptake within the living plant directly, can help with this problem in many ways.  As a laboratory tool, our sensor technology can help plant biologists to breed rice plants that can resist arsenic.  As a technology for the field, the sensors can form the basis for monitoring water supplies to remediate or address the problem of contaminated water,” Strano tells SciDev.Net.

Long-term exposure to arsenic in humans can cause a wide range of detrimental health effects, including cardiovascular disease such as heart attack, diabetes, birth defects, severe skin lesions, and numerous cancers including those of the skin, bladder and lung, according to the WHO.

“However, despite much investment in research, there has been limited progress towards real-time monitoring of arsenic in the field. The plant nano-bionic sensors seem to fill this gap by enabling detection of arsenics at ppb levels in soils and potentially in water as well,” says Ravi Naidu, CEO and managing director of the Cooperative Research Centre for Contamination Assessment and Remediation of the Environment at the University of Newcastle, Australia.

“While it may take several days to quantify arsenics using such a sensor, it is nevertheless a massive step forward in field monitoring of this dangerous toxin,” Naidu tells SciDev.Net.

Researchers are now working with the Singapore government and other stakeholders to translate this technology to various users and they estimate that such sensors will be affordable for agricultural end users and will help improve the yield and quality of crops.