Global campaign kicks off to put health in climate talks 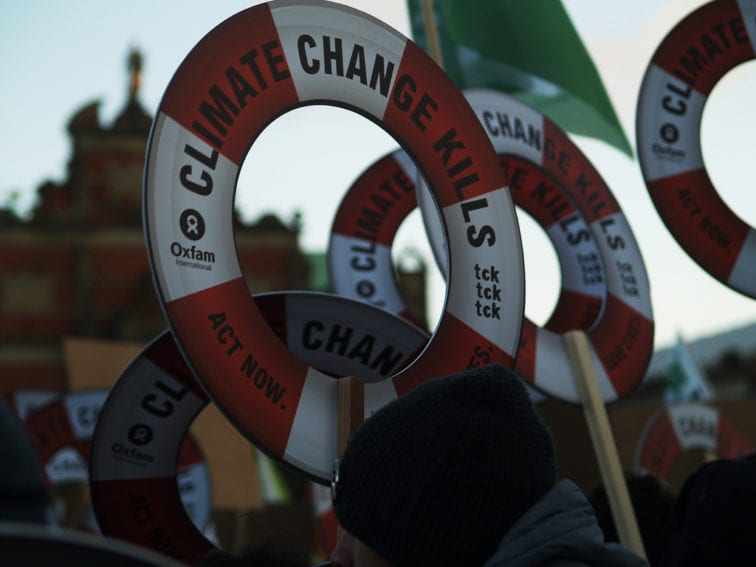 [SYDNEY] Dubbed “Our Climate, Our Health”, a global campaign kicked off last October 12 in more than a dozen countries to unite the health sector under one banner in the lead-up to the Paris climate conference this December.

“The campaign is calling on health professionals to communicate and understand the profound impacts that climate change is having on human health, to help communities adapt to the worst of these effects, and to propagate the health benefits of mitigation,” says Nick Watts, coordinator of the London-based Global Climate and Health Alliance (GCHA) which is spearheading the campaign.

Several physical and online events, including declarations from different health organisations across the world, will culminate in a health and climate change summit scheduled for 5 December in Paris, Watts tells SciDev.Net during a phone interview.

The campaign joins various organisations in Australia and New Zealand such as the Royal Australasian College of Physicians, the New Zealand Health Professionals Alliance, the newly created Doctors for Climate Action with the WHO and other organisations around the world in calling for health to be central to climate negotiations and policy.

They note that climate change poses serious health threats including illness and injury from extreme weather events such as heatwaves, cyclones, floods and wildfires, food and water shortages, outbreaks of infectious diseases, loss of livelihoods, migration and conflict.

The campaign calls on governments to make health the central focus of their greenhouse gas (GHG) emissions targets.

“We need to rapidly reduce our other GHG emissions over that period, including methane from agriculture,” says Macmillan, a public health physician and senior lecturer at the University of Otago.

“An emissions reduction target of 40 per cent below 1990 levels would be a fair target for New Zealand in relation to other OECD countries, and possible to achieve through sound policy that creates co-benefits, such as improved quality of life in cities, better air quality, improved health and opportunities for business in growing clean tech markets,” adds Coates.