Some coral reefs are proving tough to climate change 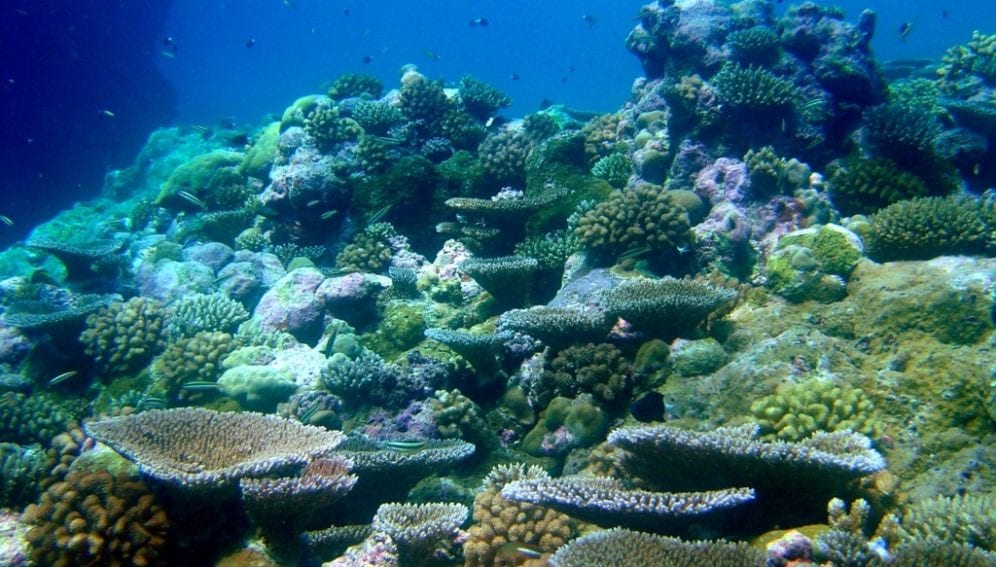 [KUALA LUMPUR] Coral reefs around the world are adapting to climate change, according to the latest data from a study by the France-based Institute for Development Research (IRD).

The 15-year international study, which was first published in PLOS One in October 2014 and was recently released publicly (27 April), noted that certain species of coral reefs are evolving and even thriving in warmer coastal waters.

Working with partners around the world (researchers from Australia, France, Taiwan and the United States), the IRD team observed and collected data from seven coral reefs in the Caribbean, the Indo-Pacific Ocean and the Great Barrier Reef. They discovered that certain species of corals were resistant to temperature rises while some were more likely to vanish from the ecology of these regions.

“Many warm-tolerant corals have less complex body shapes and thus offer lower habitat complexity. These coral reefs will be used by fewer fish (and other) species.”

“Due to the sedentary nature and narrow tolerance range for environmental conditions of corals, reef ecosystems are highly vulnerable to acute stressors, and may change rapidly in their structure and functioning. They are thus expected to be highly vulnerable to future climatic changes,” explains Mehdi Adjeroud, a co-author of the study and senior researcher at the IRD.

He says the species that will probably survive into the next decades are those characterised by a thermal tolerance and life history traits adapted for longevity.

Coral reefs are a key component for marine biodiversity, providing food and shelter for thousands of reef-dwelling organisms. They also provide coastal protection and serve the needs of 500 million people worldwide through economic, social and aesthetic goods and services.

With this discovery, scientists are able to focus on understanding the biology of heat-resistant coral reef species and to use this knowledge towards conservation of other dwindling species, Amanda Bates, a marine ecologist with the Institute for Marine and Antarctic Studies in the University of Tasmania, Australia, tells SciDev.Net.

Bates, who has been studying heat-resistant marine life in the Great Barrier Reef, suggests “pre-adapting” species to climate change. This means rearing warm-tolerant genotypes or moving species to warmer areas to allow the natural selection of the most tolerant genotypes and species.

“Many warm-tolerant corals have less complex body shapes and thus offer lower habitat complexity. These coral reefs will be used by fewer fish (and other) species,” she says.

Bates explains that there is often a direct relationship between the number of species present in a system and the number of different functional roles these species play. The most species-rich communities are those that provide the greatest diversity of functions such as oxygen production.

But while coral reefs may not disappear, coral species richness may decline, which will have important ecological and conservation implications.

Bates notes conservation efforts will be shaped by considering how to maximise the different functions of heat-tolerant species and protect their habitat such as upwelling regions, which offer relatively cooler environments as conservation areas.