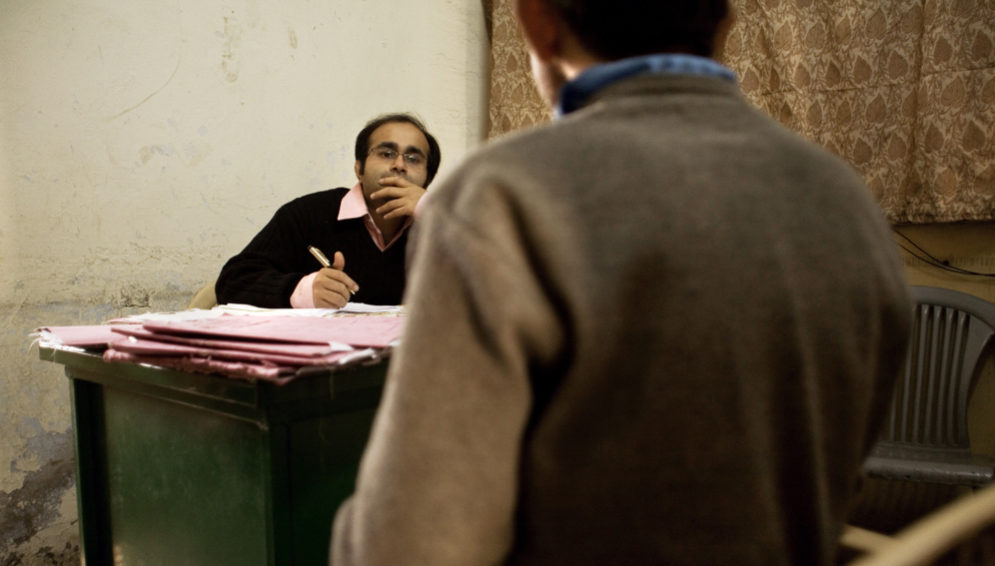 A psychiatrist sees someone at his office. Copyright: Panos/Stuart Freedman

A mental health disorder time bomb may be upon us and waiting to explode, writes Crispin Maslog.

[MANILA] As medicine developed from Hippocrates to medieval medical practitioners and then modern scientists, the main concern has always been about caring for and curing sicknesses of the human body. The focus was on setting up hospitals for visible diseases, with small sections inserted as afterthoughts for psychologists and psychiatrists to deal with illnesses which were not readily palpable.

In more modern times, wellness centres became the big thing. These provided facilities and experts for the development and care of the body but provided very little or no resources at all for the mind. The mantra was a healthy body promotes mental health.

“We can start by de-stigmatising mental illness. To treat mental illness, we must recognise that it is part of the human condition and begin to understand its causes and cure even among the young”

However, the environment is changing. Mental health and brain disorders are increasingly becoming prevalent, perhaps as a result of our more hectic, dizzying pace of living. Many more incidents of suicide and depression have affected people we know personally or hear about through mass media.

Only a few years ago I lived three years on the Standing Rock Sioux Tribe n the McLaughlin-Fort Yates area in North Dakota. We heard of suicides every few months among young Native Americans, caught between their past and their future, and whom we knew through friends on the reservation. The rumour, even today, is that suicide is common among the Native American youth.

Also contributing to the changing consciousness about mental health or illness are the increasing instances of celebrity suicides, with apparent substance abuse as an alleged factor in some cases.

The suicides of American fashion designer Kate Spade on 5 June 2018 and CNN celebrity chef Anthony Bourdain three days later are the most recent and sensational. Both were at the height of their careers when they cut their lives short. 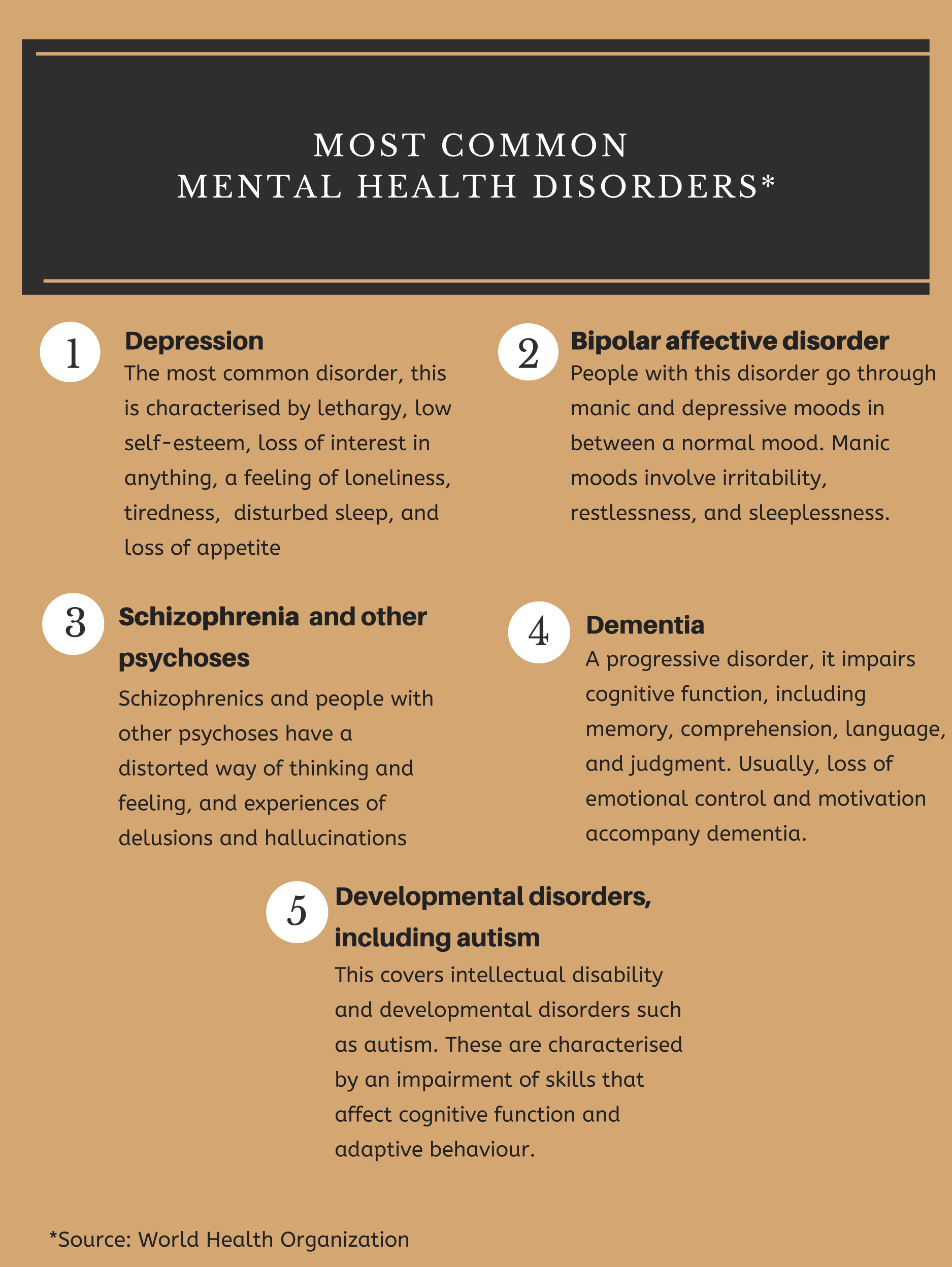 In the US, about 20 per cent of adults will experience some form of mental illness in the course of a year, with anxiety disorders the most common among them, and 21 per cent of children between ages 13 to 18 suffer from a serious mental health condition. (1)

The statistics from the World Economic Forum (WEF) are even more startling. Anxiety affects one billion people in the world, according to WEF, which met on the topic of mental health in 2018 and 2019. (2)

Nearly 300 million suffer from depression, 60 million are affected by bipolar affective disorder and another 21 million have schizophrenia or other severe psychoses. In addition, more than 150 million aging people are expected to be victims of dementia 30 years from now. (2)

An interesting footnote to these statistical data is that countries in North and South-East Asia had fewer cases of mental health problems compared to the other regions of the world. Arguably, it might be due to the still strong family ties in these regions.

The good news is that these problems are coming to light and steps are being taken to address them, led by the annual WEF in Davos, Switzerland, with no less than the UN and its agencies pitching in. (3)

The WEF, addressing the mental health problem from an economic point of view, warned at its 2019 annual meeting that the global mental health crisis could cost the world US$16 trillion by 2030 in terms of lost man hours. With mental disorders on the rise in every country in the world, no one anywhere is immune.

But if the WEF and other organisations all the way to the UN have their way, all of that is going to change in the next few years. (Mental health was also a key topic at another, even larger, global gathering in 2018: the UN General Assembly.)

“The world faces an epidemic of mental health problems that cuts across borders, economies, and cultures and carries a stigma that leaves people suffering in silence. Tackling the problem requires political, business, and civil society leaders to make mental health and wellness a global priority,” Tyson adds.

We can start by de-stigmatising mental illness. To treat mental illness, we must recognise that it is part of the human condition and begin to understand its causes and cure even among the young. The sooner we recognise and treat it in the youth, the better the chances of success.

After we recognise that the problem exists, we must shift from “sick care” to “well care,” to borrow a phrase from the experts. We have to move mental wellness into the mainstream of health care and work on prevention as the approach. An ounce of prevention is worth a pound of cure, as the saying goes. We must expand our wellness centres to care for mental, as well as physical, wellness.

The game changer, the experts say, will be found not in hospitals or clinics but in communities that nurture rather than traumatise the next generations. This means learning how best to deliver health, not just health care.

Let us harness neuroscience. We can use the advances of today’s science and technology for innovations in mental health treatment and care. We need to diffuse the mental health disorder time bomb before it is too late.