Q&A: Adapt to climate by packaging local results into policy 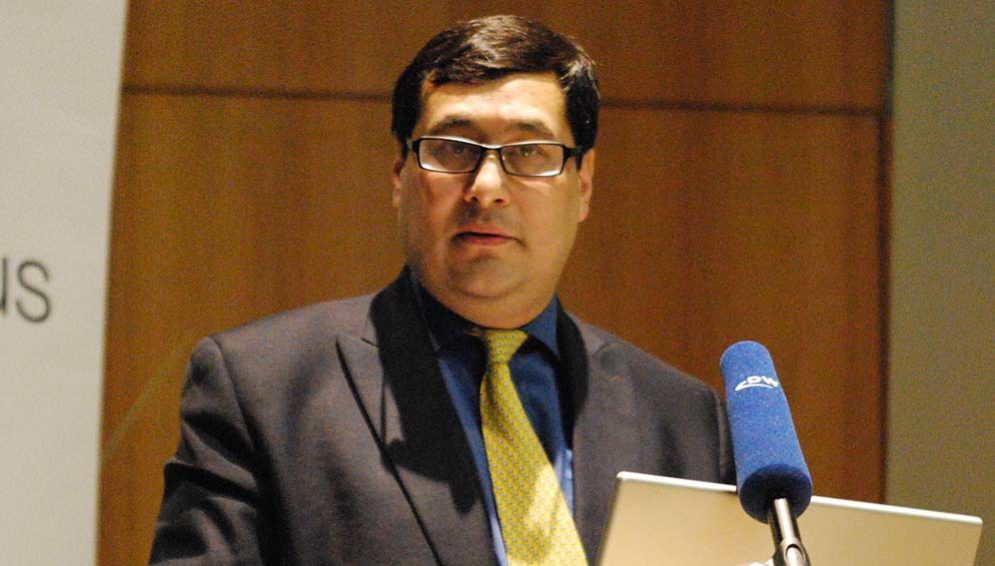 More people died in the first three days of this year’s heatwave in Karachi than in terrorism attacks throughout this year, according to Adil Najam, a Pakistan-born expert in climate change and development.

Najam is dean of the Frederick S. Pardee School of Global Studies at Boston University in the United States, has served as vice-chancellor of the Lahore University of Management Sciences (LUMS) and has held advisory positions in a number of international organisations.
Climate change may not be the cause of the heatwave, he says, but it exacerbates it. The city’s death toll surpassed 65 last month.

SciDev.Net caught up with Najam to discuss his views on how to adapt to the ongoing impacts of climate change.

What does it mean that we live in a time when climate change is already happening, that we must adapt?

Karachi, which is [Pakistan’s] largest city [with] 30 million people, is one of the many places in South Asia in the grips of this massive heatwave. Now academics get into this argument about, you know, ‘is this really climate change’, ‘how much of it is natural, how much of it is climate’. For real people that's not the issue. The issue is that year after year after year, they are seeing the frequency of these impacts increasing. And we always knew this is how it would increase. It's not as if one day suddenly nature will announce 'climate change is here — and now I'm going to throw all these things at you'. It is just that the threshold keeps going up and up and up.

So that to me is one of the great truths that has to be acknowledged by everyone, including the climate community: that the age of adaptation is here. What does that mean? What that means is that we have to look at policy, and maybe even science, differently.

In the case of Pakistan, what do you think needs to be done?

In some ways adaptation has brought a lot more attention on climate change in developing countries. I'm from Pakistan, I worked in Pakistan for 30 years. It was very difficult to get people interested in climate change. But now, because the impacts are there, everyone starts seeing it as an issue.

When a crisis hits and you have to adapt immediately, you leave everything else and you focus on the immediate. And the immediate is about dehydration, about figuring out where people are having heat strokes. But the other thing you talk about is that, [in] our urban centres in particular, we're denuding them of trees. We think of trees as a producer for example of oxygen. But in a heat wave, they become the principal providers of shade.

One last thing on Pakistan: Pakistan I would wager is about to see another flood, and it is about to see another drought, all at the same time. That's the reality of local climate change: it's in different parts of the country, but here you are, an under-resourced, poor country, and climate change will start forcing you to deal with these dissipated fights in different parts.

You believe that the climate community is resistant to the development work needed for us to adapt to climate change. Can you give an example?

I've been working on climate now for all my professional life. I've always been a person who's tried to bring development into climate, and it's always been this bit of resistance. Our mindset, especially our science mindset in climate, is very carbon-centric: climate change is essentially carbon management. What the age of adaptation says is that a lot of what needs to be done is not about carbon at all — it is predominantly about water. Entire generations of very good, very well-meaning people, whose training has entirely been in carbon management, then start resisting that.

So you get an adaptation fund and now you've got to figure out what to do with it. The best response may actually be just building better houses; it may actually be better infrastructure. And yet the impulse of the climate person is, 'no but it has to be somehow related to climate directly'. Well, we failed in ‘climate directly’, that's why we have to do this. The system is such that it resists a development focus.

You mentioned earlier that we need to do science differently — in what way?

I don't want to be unfair — it's not as if adaptation science isn't being done. I think young researchers in particular have figured out that there's a niche and this is something that's going to grow. Adaptation [research] has to be done one community, one village, one household at a time. And that's one of the difficult things about adaptation: there aren't these big global solutions like [electric car maker] Tesla. Or at least, for the most part it is local. So yes you are seeing it, but the top level the most talked-about research still tends to be on [mitigation].

I think one of the [areas] where research isn't being done is in translating adaptation activities to development and policy interventions. To the extent that science is already there, we need to increase it, but then we need to bring it closer to policy. So what does this mean? If you can find better crops that use less water, that is one thing, but then what is the type of policy that makes people who have been doing things one way [over] the last 300 years shift? What is the type of incentives that cities need to prepare for heatwaves? What are the types of policies that will accelerate advances in building technologies?

To turn local research into policy you need to maybe have many examples pointing in the same direction. How do you generalise from the locality?

If you think about development research vs traditional climate research, there is a difference. Traditional climate research has been wonderful — it's been one of the great successes of the last 20-30 years. But its model has been, scientists from all across the world converge, build these large models, put their knowledge together, and understand these large systems — because that was the nature of the problem. I think what we now need to do is learn from development research, because [it] has always been about the more local. [It] knows a few things about how to take those local results and start packaging them into national and regional policies.

The other thing is, in mitigation research our goal was always to move global policy. It is only now that we've started talking about cities etc. In adaptation we have to focus on national, local, regional policy from the beginning. Because you won't get a global agreement on adaptation that works for the fisherfolk in the Sundurband in Bangladesh and the villager in the Thar desert in Pakistan.

Do you see scope for the IPCC to champion this?

The fact is the IPCC (the Intergovernmental Panel on Climate Change) was ahead of the curve in at least talking about adaptation. The role it [now] has to play is, in its adaptation report, to start consolidating adaptation science differently. Because again, as a global process, it is stuck in starting from the global and maybe getting down to regional and, because of the political hurdles, being very shy of even talking national. And maybe then it gives examples at the local. What I would like [the IPCC] to do is to put its minds together to excite potential on adaptation — both for its dangers, and for its potential. Because I think that's how you will excite people. I think that's what happened with mitigation.

This Q&A was edited for brevity and clarity.